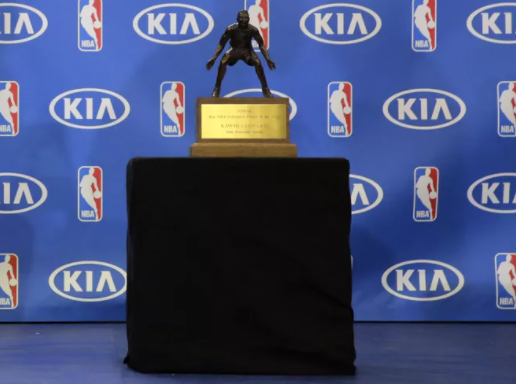 The NBA Defensive Player of the Year Award started back in 1982.

With that in mind, imagine how many DPOYs a player like Wilt Chamberlain, Bill Russell, Bill Walton, or Kareem Abdul-Jabbar would’ve won had it existed?

Most NBA Defensive Player of the Year Awards:

Dikembe Mutombo and Ben Wallace each won the award a record 4 times.

Rudy Gobert, aka The Stifle Tower, and Dwight Howard, aka lover of trannys, won the award 3 times. Howard won all 3 in a row over three consecutive seasons. I completely forgot about this.

Dennis Rodman was two in back to back seasons with the Pistons. Moncrief, Eaton, Hakeem, Zo Mourning, and K Leonard have all won it twice.

I am shocked and amazed The Diesel aka the Big Aristotle Shaquille O’Neal never won it.

Gary Payton is the only point guard to have ever won it. The Glove, suckas!

Jordan, Hakeem Olajuwon, David Robinson, Kevin Garnett and Giannis Antetokounmpo are the only winners to have won the NBA Most Valuable Player Award (MVP) during their careers.

Jordan, Olajuwon and Antetokounmpo won both awards in the same season. Jordan’s season was ridiculous and so was Hakeem, both graduates of the 1984 NBA Draft.

Giannis didn’t deserve it in 2020, the NBA wanted him to be good so bad, they forced us to watch him win. Has any player ever gotten away with more uncalled travels than him?

Here is the year-by-year list of NBA Defensive Player of the Year Award: