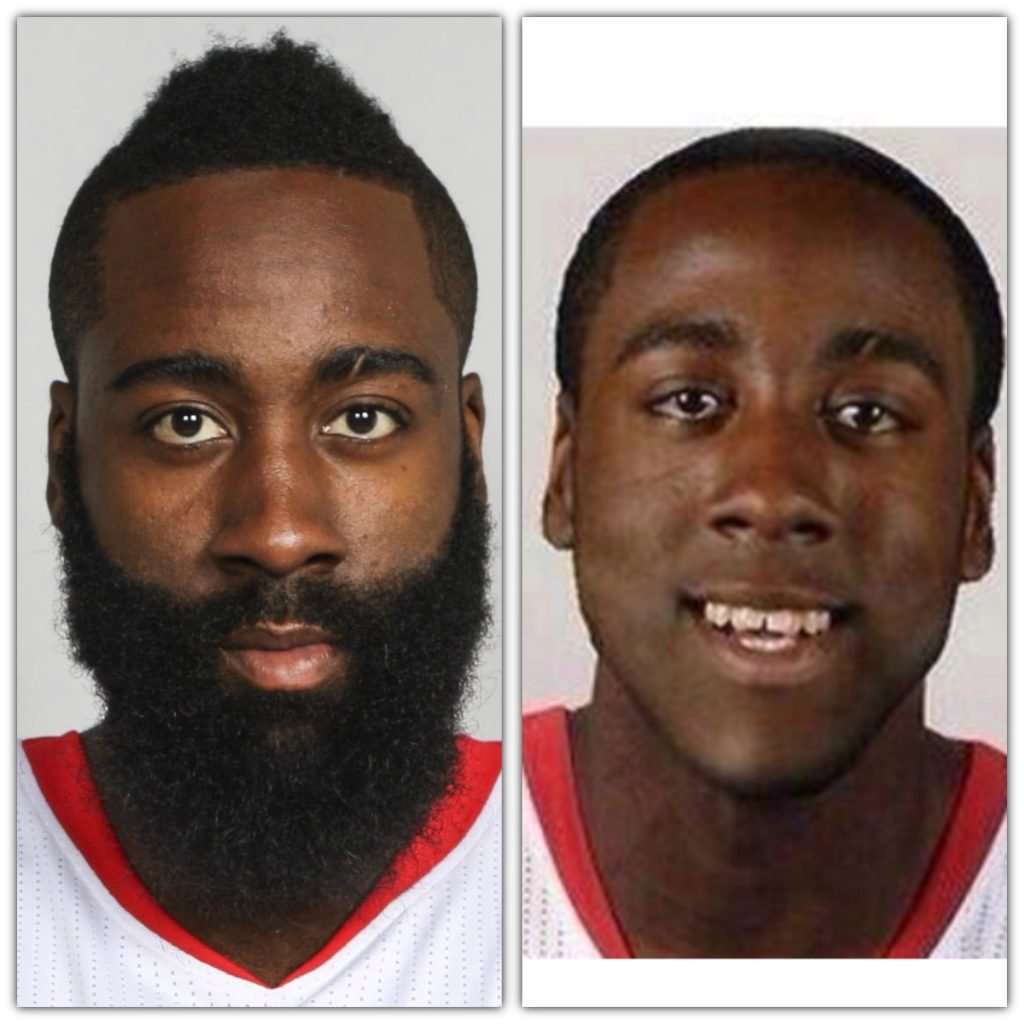 One look at James Harden without beard reveals why he grew the beard. What in the world did we ever do prior to the existence of GIFs? Harden’s beard looks so life-like, you’d swear it was a living entity.

Check out this James Harden Beard GIF that details the growth of the most famous facial hair in the NBA and potentially in the world of sports.

And yes, I’m including former Los Angeles Dodgers relief pitcher Brian Wilson in that statement, even though you probably forgot about him. His beard has gotten progressively weirder, (detailed nicely by Yahoo here) to the point where it now looks like a muskrat dipped in motor oil.

Meanwhile, Harden’s beard is 100% natural a devoid of beard PED’s, something his MLB counterparts would have a hard time claiming.

At the same time his beard has taken shape, Harden’s faux-hawk has also progressed nicely, giving him a head shape that most of us would be proud to call our own.

There is a “Samson” joke in here somewhere, because the longer Harden has grown the beard, the more success he has enjoyed in his NBA career.

EXCEPT, in the playoffs when James Harden annually converts to his alter ego, James Soften: 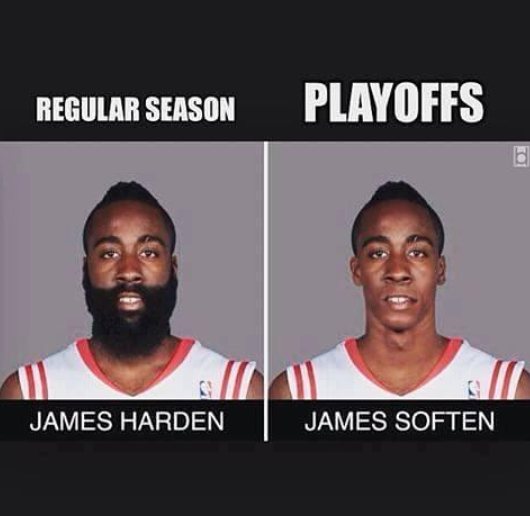 Harden set a new standard of style with his beard. And he’s followed that up in ensuing years with fashion-forward/weird clothes and outfits that only Cam Newton can really appreciate.

What’s interesting though is the domain of the beard really belongs to Harden. Name another NBA player with a well-known beard? Or even facial hair.

The Birdman Chris Anderson had a beard for a while. As did Dirk Nowitzki. But that’s really it.

Jeanie Buss Top 5 Lakers List: A Love/Hate Story And How...