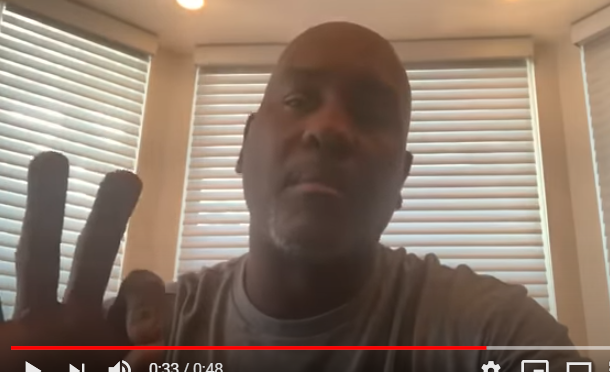 Gary Payton is considered by some to be the most complete guard to ever play in the NBA.

“GP” aka “The Glove” was a fierce competitor who made everyone around him better.

If nothing else, Payton is widely regarded as one of the best defensive point guards of his era. Payton’s all-time rankings for points (31st) and assists (8th) point to how great an offensive player he was, too.

Gary Payton ranks fourth all-time in steals and was the NBA Defensive Player of the Year in 1995-96, the only point guard in NBA history to ever win the award.

But for a guy whose hallmark was on the defensive side of the ball he was a great offensive player as well.

Payton spent 13 years with the Seattle Supersonics and is the franchise’s all-time leader in points, assists and steals.

In his prime Payton was constantly talking trash, serving as the catalyst for the Seattle Supersonics and the success they had in the late 90’s and early 2000’s.

Payton is well known for his trash-talk. His trademark open-mouth, bobbing-head style on the court led to Payton receiving the fourth-most technical fouls of all time behind Karl Malone, Charles Barkley, and Rasheed Wallace.

He was the face of the franchise and one of the most indelible images of that era was “The Glove” feeding Shawn Kemp an alley-oop on a fast break.

Payton was also a more effective three point shooter than a lot of people give him credit for.

He led the entire NBA in three pointers made and attempted in 1999-00 and finished his career making a shade under 32% of his tries from deep.

Upon retirement, he made the 50th most three pointers in NBA history.

He reached the Finals in 1996 only to lose in six games to the Chicago Bulls (potentially the greatest team ever assembled). And again with the Lakers in 2004, eventually losing to the Detroit Pistons.

GP finally collected an NBA championship in 2005-06 as a member of the Miami Heat playing alongside Shaq and D Wade. The championship was the last piece to his hall of fame puzzle.

Payton’s all-around skill set, his intensity and the success the teams he essentially quarterbacked, make him an ideal hall of fame player.

And, he wasn’t a bad rapper, either. Just like fellow Bay Area point guard Jason Kidd.

#SmellEm If You Got ’Em! All-Access At ESPYS And After Party