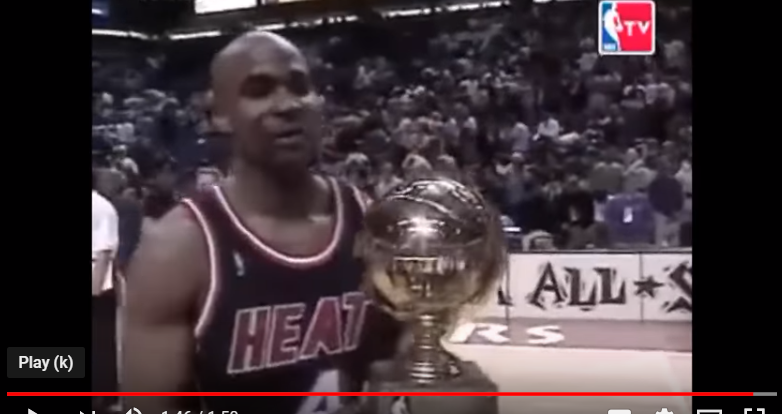 In 1995, the Miami Heat dominated NBA All-Star Saturday Night. Pre-LeBron James era, and even pre the Miami Heat Vice Jersey, that Saturday night became the turning point for the franchise.

In the first seven years of the Heat’s existence, the franchise had one .500+ season and two first round playoff losses to its credit.

Rony Seikaly was the face of the franchise and it wasn’t cool to like them, unless you appreciated Jon Sundvold‘s touch from deep (led the league in three point percentage in 1988-89) or Sherman Douglas‘ propensity to shoot first, which was pretty rare for a PG at the time.

Suddenly, it was cool to wear a Heat uniform.

Rice’s Three Point Contest is perhaps most impressive and I would argue the field he beat is perhaps the best combination of shooters ever assembled in the history of the contest.

There were three-point shooters of all shapes and varieties, all kinds of specialties. Just look at this list- Steve Kerr, Nick Anderson, Dana Barros, Dan Majerle, Scott Burrell, “The Rifleman” Chuck Person, even Reggie Miller.

But Glen Rice was not intimidated.

At that time he was already the all-time leading scorer in Heat history. Ultimately, Rice would best Miller in the finals.

The Miami Heat as an organization, and initiated by Rice, have won the most Three Point Contests in NBA history, with four winners throughout their team’s history.

Glen Rice won in 1995, the first to win it in their franchise’s history. Then Jason Kapono won in 2007 before leaving and doing it again with the Raptors in 2008.

While the lineup of dunkers wasn’t as impressive as the three-point contest (Tim Perry, Antonio Harvey, Jamie Watson, Tony Dumas) the “main event” between Miner and defending champ Isaiah “JR” Rider was what everyone wanted to see.

With a series of emphatic slams, Harold Miner was successfully able to recapture the NBA Slam Dunk crown he’d originally claimed during his rookie campaign in 1993.

When the dust settled, Rice and Miner were the champs of All-Star Saturday and it really legitimized the Heat as an NBA franchise, no longer just a red-headed step child of expansion.

From that weekend on, the Heat signed Pat Riley as head coach and made the playoffs the next six seasons. 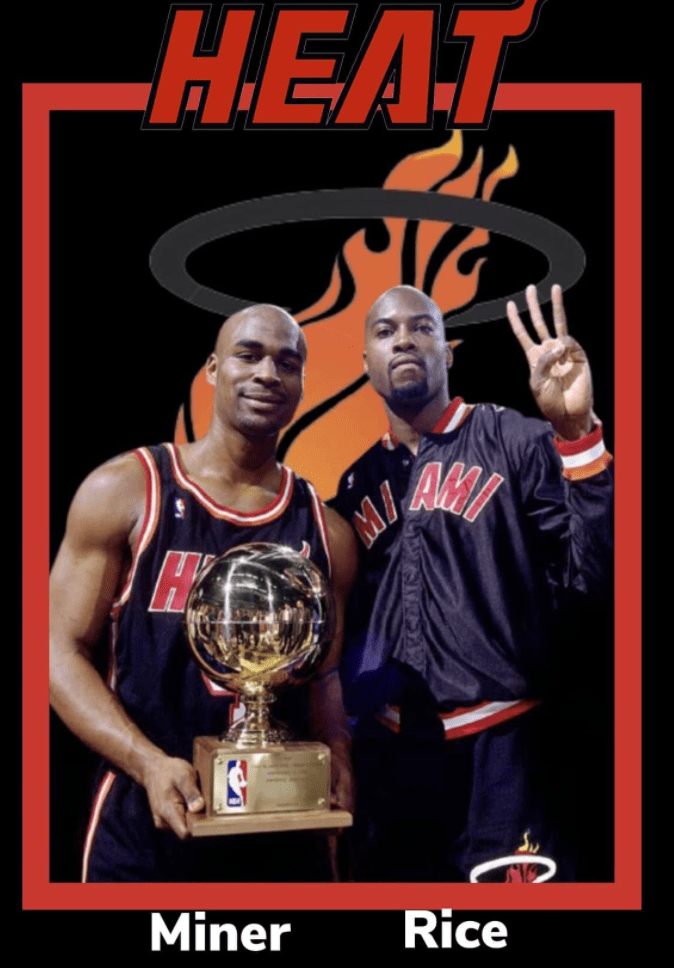 If it wasn’t for that NBA All-Star Saturday Night in 1995 years ago, and victories in the 1995 Slam Dunk Contest and the Three Point Contest, the Heat wouldn’t be the franchise they are today.