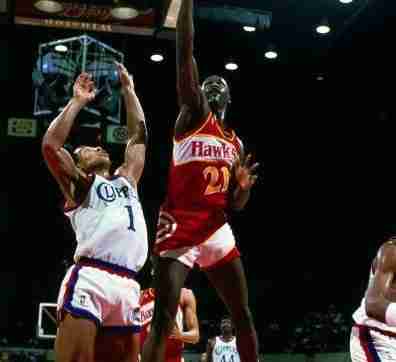 Since the Kremlin fell, animosity between the US and the Russian Federation is largely a thing of the past. But when the Hawks went to Russia in 1988, political tensions were high.

31 years ago today, the Atlanta Hawks began a 13-day odyssey on Russian soil, and became the first NBA team to play in Russia, with a 85-84 victory over the Soviet All-Star team Tbisili, the capital of the Russian state of Georgia.

Having just lost a grueling seven game Eastern Conference semifinals series to the Boston Celtics, the Hawks were tired. They gutted out the one point victory in game one of a three game exhibition series sponsored by Hawks owner and entertainment magnate Ted Turner.

The Hawks played game two just two days later on 7/27/88 and won 110-105 in overtime in Vilnius, capital of the Republic of Lithuania.

The third and final game was played in Moscow and the hometown team pulled out a “W” in a 132-123 victory, but the Russians weren’t scrubs.

The Soviets featured Aleksandr Volkov,, a 6’9″ forward, burned Atlanta for 35 points in the third game. Interestingly, he would join the Hawks in the NBA a year later.

They also featured guard Sarunas Marciulionis, who had 23 points in 26 minutes. Marciulionis would ultimately carve out a nice niche for himself in the NBA, scoring 12.8 ppg in eight seasons.

It was an eye-opening experience for a Hawks team, led by Dominique Wilkins, in terms of culture and of how good they have it in the NBA.

In game two, Wilkins scored 29 points, including a slam dunk with 35 seconds left in overtime that drove the crowd crazy and put the game out of reach.

“We had to pull through a lot of adversity on this trip, and maybe that will make us closer,” said Hawks point guard John Battle. “It’ll certainly give us something to talk about during a long season. But if TBS plans another tour for next summer.” he said, “I’d just as soon they make it in the Bahamas.”