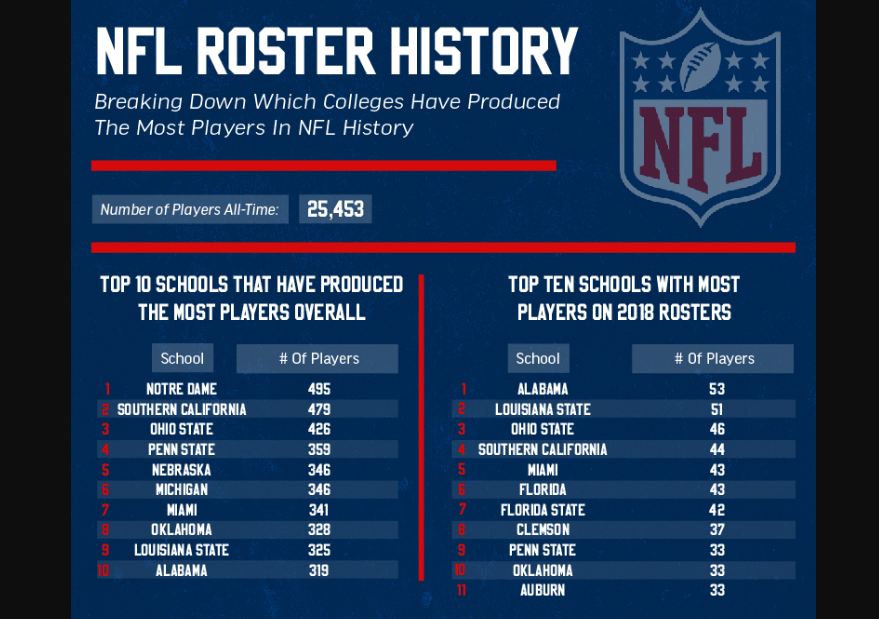 We gathered data on every player to ever appear on an active NFL roster and determined the most NFL players by college.

Did you know that over 25,000 players have played in an NFL game?

For 2020 updated as of Week One and based on the 53-man roster, here are the top 10 colleges that have produced the most NFL players:

This study includes data points and insights for every franchise, as well as the league as a whole. Here are some takeaways:

– Notre Dame has produced more NFL players than any other college, with 495 athletes going on to play in the NFL.

– Notre Dame, USC, and Ohio State are the schools with the most NFL players in history and the only colleges who have produced 400+ NFL players.

– In terms of players by decade, the NFL relied heavily on schools from the Midwest such as Notre Dame and Minnesota in the 50s and 60s. The focus shifted west to USC in the 70s and 80s before settling into a varied approach that has seen schools from the Midwest, California, and the Southeast regularly headlining NFL rosters over the last 30 years.

What College Has The Most NFL Players – 2019

Finally, GCU broke out every player by position and school to find which schools have produced the most players at specific positions for every NFL team.

Using traditional offensive and defensive formations as the guide, they were able to create a unique starting lineup of college football teams, using their logos as stand-ins. 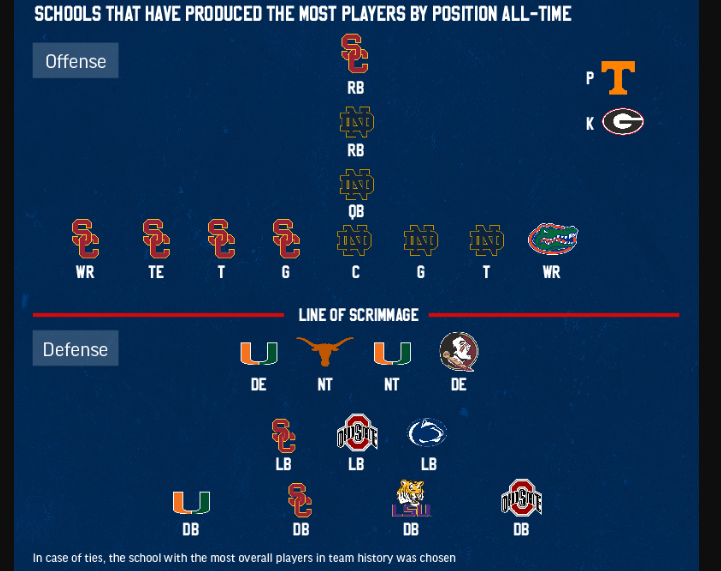 Here is another area where Notre Dame’s influence is readily apparent, as they are the top school at seven of the 24 positions evaluated, including key positions such as quarterback and running back.

Madden 99 Club Launched: List Of Every Player Ranked 99 Or Higher EVER

Which NFL Team Has The Most Fans?