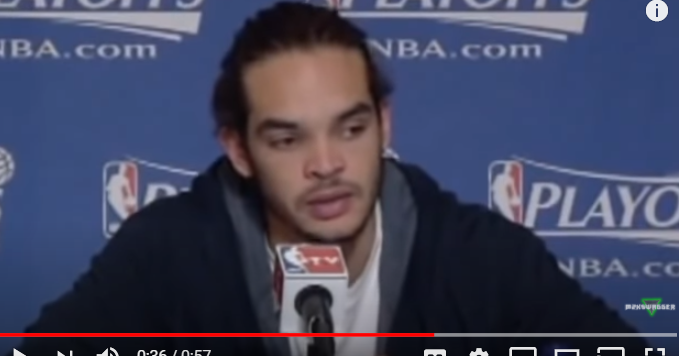 On Sunday, while watching the Bulls squeak out a one point win in Miami vs. the Heat it occurred to me just how hated Joakim Noah is.

(Editors note: I initially published this piece in 2011. Joakim Noah retired from the NBA last week, so it was a great time to reignite the longstanding question: Why does everyone hate Joakim Noah?)

Every time he went to the free throw line to attempt a foul shot he was booed voraciously.

And it wasn’t as if he was attempting a couple of game winners; the level of apparent hate stayed the same whether it was with just under ten minutes in the first quarter, or late in the second half.

To be this hated in the same state where he was the anchor on a Florida Gators team that won back to back NCAA basketball championships is pretty remarkable.

But why? What did Joakim Noah do to any of them? Why is he so hated?

As a basketball player there really isn’t a lot you can dislike.

Unless you’re from Cleveland. I can understand why you hate Joakim Noah, then.

I don’t know about this place man I just stayed in my hotel room. Every time I look out my window it’s pretty depressing out here. But yeah it’s bad. It’s bad so you don’t you’re not going out, no. No going out and Cleveland.”

Coming out of college Noah was thought of as more of a finesse type big man who really didn’t have the skills necessary to be a starting center in the NBA.

Particularly on the defensive side where Noah had a tendency to play defense more like a four than a five.

But he was a winner if nothing else, so John Paxson, then the Bulls GM, selected him with the ninth overall pick in 2007.

Noah made enough of an impression in his rookie year to start in 31 games and actually surprised a lot of people with his production in just over 20 minutes a game.

In each of the three years since, Noah has increased his production in all meaningful categories – points, rebounds, steals, blocks and assists.

All of that production speaks to his work ethic because when it came to physical skills prior to the Draft a lot of GMs though he had maxed out his potential and had almost no upside.

And physically just by looking at him you can see how much stronger he has gotten since he was drafted.  Not coincidentally, the Bulls as a team have developed along the same lines during the same time frame going from perennial .500 team to a favorite in the Eastern Conference.

His development was really summed up in one play versus the Boston Celtics in game six of the 2008 playoffs.

In the fourth quarter with less than a minute left he stole the ball, dribbled the length of the floor and dunked on Paul Pierce while getting fouled. It was the type of “energy play” that Noah is known to generate and sealed the game.

Noah would go on to have a stellar NBA career. Look at his list of stats and awards: 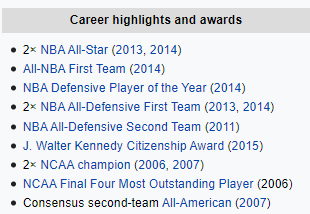 He’s a hard worker, productive on the floor individually and he’s made his team better; what’s not to like?

I guess some people would say his passion, the fact that he isn’t shy, maybe even his hair to be entirely superficial about it.
Is it his famous parents? A professional tennis player as a dad? With a model as a mom?
If that’s the case, it’s a shame because the way he’s built himself into an NBA player, brick by brick, is something that anyone who works hard at anything should be able to respect.
So what is it? Why do you like/dislike Joakim Noah?