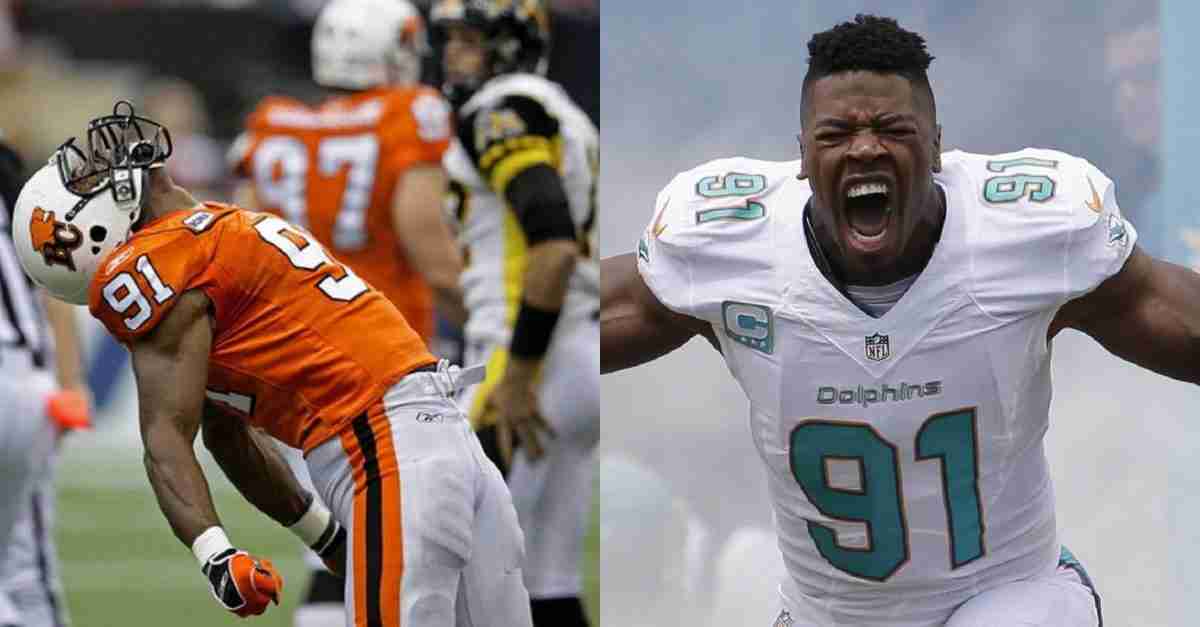 This is a list of the best NFL players that played in the CFL and actually made a positive impact.

I love the CFL and I don’t care who knows about it. This list of the best NFL players that played in the CFL will NOT include NFL flunkies like Vince Young who went north to bail out their stupid, dead careers only to fail and retire soon after. Chad Ocho Cinco is also not on this list.

Here are the best NFL players that played in the CFL:

In 1969, declared for the NFL early and was drafted in the CFL draft by the BC Lions. In one season as a wide receiver and kick returner, he caught 35 passes for 596 yards and 3 TDs. He also returned seven kickoffs for 224 yards with a long of 76. In 1970, Scott was drafted in the 7th round by the Miami Dolphins and the rest is history. He switched to safety and returned kicks. Scott went to the Pro Bowl five consecutive times between 1971, and 1975. He recorded 35 interceptions in his six season with the Dolphins, and another 14 in his three years with the Redskins. He was also a five-time All-Pro. He won two Super Bowls, was a member of the undefeated 1972 perfect 17-0 Dolphins squad, and capped it off as the MVP of Super Bowl VII, a 14-7 victory over the Redskins.

Brandon Browner played four seasons with the Calgary Stampeders where he was a three-time CFL All-Star and won a Grey Cup championship in 2008 before signing with the Seattle Seahawks before the 2011 season. Browner won a Super Bowl with Seattle in 2013 and another in 2014 with New England. He became the 5th player in NFL history to win consecutive Super Bowls with different teams.

In four seasons as starting QB for the Calgary Stampeders, Garcia was a 4x West Division All-Star. He also won a Grey Cup and was named MVP of the game. He was a 4x Pro Bowler in the NFL and led the NFC in passing yards in 2000. In 15 seasons between the CFL and NFL, Garcia threw for 41,979 and 272 TDs.

Fred Biletnikoff played 14 seasons in the AFL and NFL with Oakland from 1965 to 1978. He recorded 589 catches for 8974 yards and is a member of the Professional Football Hall of Fame. Montreal lured Biletnikoff out of retirement in 1980. At age 37, Biletnikoff still turned in a solid season with 38 catches (second best on the Alouettes and eighth in the East Division)  for 440 yards and 4 TDs.

Andre Rison is the original “Dirty Bird.” In 10 NFL seasons, he accumulated 743 receptions for 10,205 yards and 84 touchdowns. “Bad Moon” was the first player to win a Super Bowl and a Grey Cup.

In 2007, Cameron Wake won the CFL Rookie of the Year and Defensive Player of the Year awards by leading the league with 16 sacks. He topped that performance in his second season with 23 sacks, which is when NFL teams started calling. In seven season with the Dolphins, Wake accumulated 70 sacks. He has made the Pro Bowl 4x and was name an All-Pro in 2012.

Joe Horn is THE American dream. Down to his final $6, Horn spent $3.99 on a Jerry Rice video from a local Blockbuster and made a highlight video of himself working out and sent the tape to professional teams North America. One response Horn received was from the Memphis Mad Dogs of the CFL. In one year, 1,414 yards on 71 catches and scored five TDs. He retired as Saints career leader in TDs.

Warren Moon is probably the best NFL player to play in the CFL. In six CFL seasons, Warren Moon threw for 21,166 yards and 144 TDs and won five consecutive championships as QB for the Edmonton Eskimos. In 23 pro seasons between the NFL and CFL, Moon threw for 70,553 yards and 435 TDs. #INSANE

Kapp made the jump from CFL to NFL thanks to 4x Grey Cup winning head coach (and arguably best NFL coach to never win a Super Bowl) Bud Grant. Grant was hired by the Minnesota Vikings and it was Grant who lured Kapp to the NFL. Kapp is  the only quarterback to appear in a Rose Bowl, a Grey Cup and a Super Bowl. In nine CFL seasons, Kapp threw for 22,000+ yards and 136 touchdowns, won the 1964 Grey Cup and earned a spot in the Canadian Football Hall of Fame. As Vikings QB he led them to the 1969 Super Bowl.

In eight seasons in the CFL, he passed for 41,355 yards (including more than 6,000 yards in a season twice) and 270 touchdowns with a 61.3 completion percentage (not to mention 4,660 rushing yards and 66 rushing touchdowns) while earning six all-star nominations, three Grey Cup MVP awards and countless records. His final NFL stats included 14,715 passing yards and 86 touchdowns along with 1,634 rushing yards and 10 touchdowns via running. Doug Flutie also created his own video game – Doug Flutie’s Maximum Football.

Logan came out of the University of South Dakota and in his first year in the CFL and signed with the BC Lions of the for the 2008 CFL season. He rushed 122 times for 889 yards, and made 52 catches for 477 yards and three touchdowns. He joined the Steelers in 2009 and set a franchise record for single-season return yards. in 2010 as a member of the Detroit Lions he was selected to Pro Bowl.