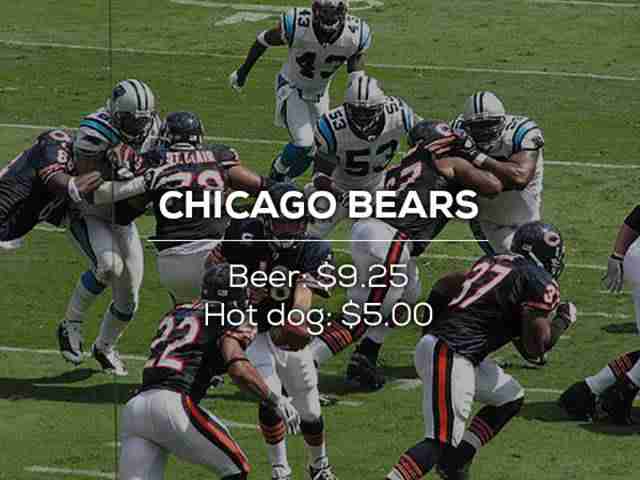 They should be called the Chicago Beers because you need a lot of that to watch them. The Bears may suck on the field, but that doesn’t mean Virginia McCaskey and her cronies will take it easy on you at the concession stand.

At $9.25 per beer the Soldier Field beer prices are the third highest-priced in the NFL, trailing only the Oakland Raiders and San Francisco 49ers.

While the Bears offense and overall lack of talent on either side of the the ball will make you want to vomit, the $5.00 you’ll pay to for a hot dog while watching the worst offense in the league will force you to not blow chunks.

The Vikings only charge $3.00 per dawg and their team doesn’t suck ass.

Our friends at MoneyInc.com put together this infographic that show you beer and hot dog prices for every NFL team.

Considering the prices it’s amazing how lit and fat people are at NFL games.