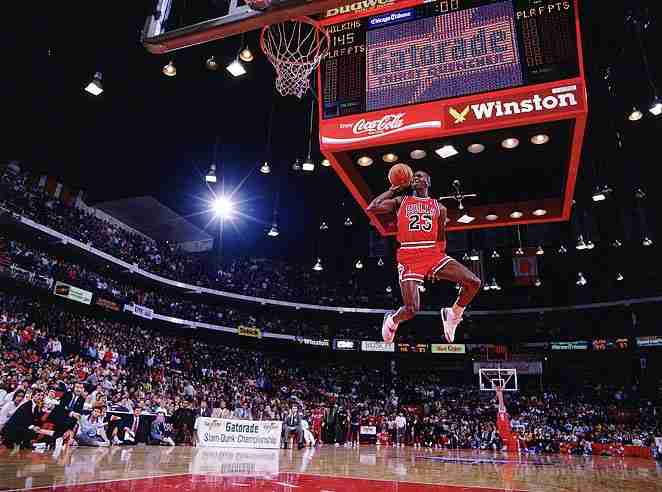 With those parameters laid out, let me throw the first five names at you, in no particular order.

There has always been something peculiar about Nate Robinson’s three titles as “best dunker”.  Sure, he’s the only three time winner in Dunk Contest history, but fans rarely mention any one of his three wins among the best contests of all time. All of them were sort of unmemorable. Sure it’s impressive to see how a guy who is so short can do almost any dunk imaginable, kind of like watching a midget do porn and hit it from all angles successfully, but with him you always feel like you’re missing something. It’s arguable that the format change of the dunk contest benefitted him more than any dunker in history, but he shouldn’t be docked for capitalizing, should he? Or maybe he should. Even on these highlights from his 2006 win, the top ranked comment is “Andre Iguodala was ROBBED!! Plain and simple.” That sort of sums up the general consensus of Nate Robinson’s performances.

Rider was just nasty, plain and simple. He just came with a completely different energy than anyone else in the competition that year. His “East Bay Funk Dunk” was a dunk that was so ground breaking at the time that it’s still used to this day, and has become an absolute standard. Plus, he won his dunk contest when it meant something against a pretty impressive field of Robert Pack, Shawn Kemp and Antonio Davis to name a few.

Historically, Nance never got the credit he deserved as a dunker who was completely ahead of his time. Sure at 6-10, it’s easy to not dole out credit when it’s deserved and I think that’s why he isn’t mentioned on any “Greatest Dunker” lists. Plus, as the winner of the first Dunk Contest ever, he made as much of a historical impact as any dunker ever. His dunks in 1984 were replicated for the next five years in particular and even beyond that. Check them out here.

Kenny Walker was an enigma. “Sky Walker” was like a dunking robot from planet “Dunk-Tron”. Based on my criteria listed above, he may have been the most perfect dunker ever. The gold chain, his hi top fade, and his over flowing confidence meant he had two career choices upon birth: He was either going to be a great dunker or play wide out/defensive back for the Dallas Cowboys. He just overwhelmed the entire field from dunk one.

Green deserves a certain amount of credit for being inventive. In 22 years of Dunk Contests before him, almost every dunk had been conceived and used repeatedly. But he came up with some inventive stuff which really keyed his victory in 2007. In the 2008 Dunk Contest, his “Birthday Cake” dunk is possibly the most creative dunk ever.

Which of the five champion dunkers is the best?

Whatever Happened To “NBA Inside Stuff”?