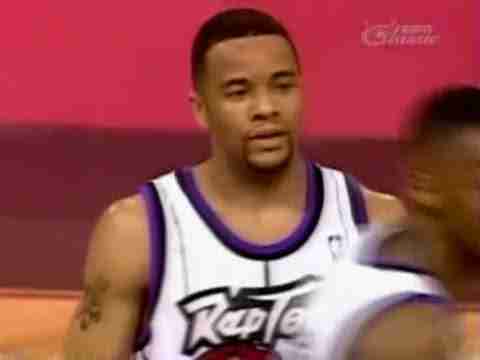 As Shaq famously said, “No one roots for Goliath.” NBA fans always root for the long shots and short basketball players because they are relateable.

People love the underdog, particularly an underdog who can hold his own and make you forget he could possibly even be regarded as such.

Here is the list of top 5 short basketball players in NBA history:

To think a 5-3 player could even play in the NBA is amazing, but not only to play, but to be a starter and one of the most effective guards in the NBA for years. A thirteen year pro, Bogues finished in the top four or better in assists in five seasons and ranks 17th in NBA in total assists. One of the quickest NBA players ever, Bogues also finished in the top ten in steals in three separet seasons.

After all these years of watching the highlghts, it still cracks me up to see Spud Webb’s tiny body assaulting the rim the way he did in those old dunk contests, when they actually mattered. Because at 5-7 it was impresive to see him dunk, let alone throw it down with authority. But he wasn’t just a dunker, Spud was a consistent scorer averaging 11.6+ppg for five straight seasons, culminating with a career high 16.0 ppg in 1991-92 and leading the league in free throw percentage in 1994-95. For his career, Webb averaged 9.9 ppg and 5.3 apg.

Murphy left his mark as one of the greatest shooters in NBA history, setting NBA records for consecutive free throws made and highest percentage ever at various points in his career. Even without the three-pointer for the majority of his career, Murphy averaged 30.0+ppg in all but two of his 13 NBA seasons and in seven of those seasons averaged five or more assists per game. His career free throw percentage of .892% is seventh in NBA history.

Stoudamire was the quickest basketball player I have ever seen in person in my life. And to see a guy under six feet tall take over a game is a remarkable sight. The thing that offset his quickness so well, was his ability to hit the outside shot (career .35% from three), with his singular southpaw style. For being such a pure scorer, he passed the ball with equal effectiveness, averaging 6.5 apg or more in seven of his first 11 seasons and 6.1 for his career. And, the Mighty Mouse tat inspied a million imitators, inclding my friend Chase Belmont- what up playa?

Adams’ career like his playing style was a blur. The perfect point guard for the high scoring Nuggets teams of the late 80’s and 90’s that played defense only as a way to get back on offense quicker, he led the NBA in three point attempts for four seasons in a row, also leading in three pointer made in two of those four. The true personification of a gunner, he averaged a career high 26.5 ppg in 1990-91 while also dishing out 10.5 apg. Adams could hit from anywhere and never met a shot he didn’t take.