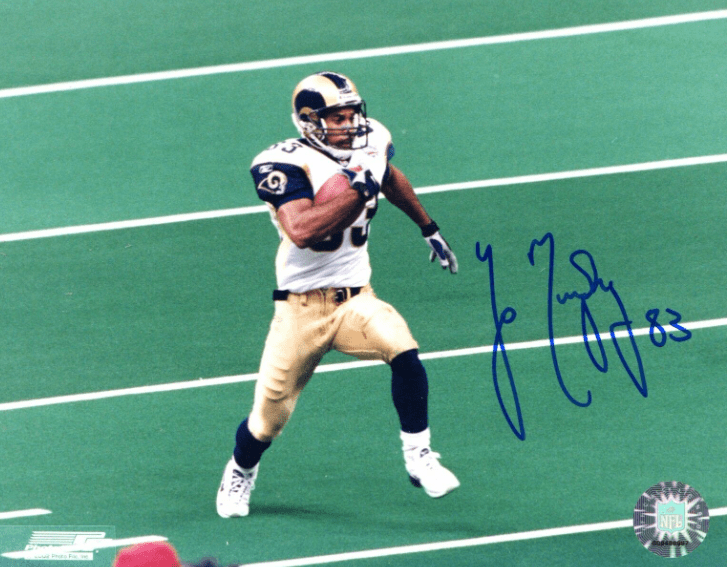 Yo Murphy is the only football player ever to play in the CFL, NFL, XFL, WLAF, & NFL Europe.

I was casually re-watching the 2001 NFC Championship Game featuring the Rams vs the Eagles. An underrated game that I had completely forgotten about.

The Rams primary kickoff return man in the game was Yo Murphy. An uncommon name I had heard before, but where?

As a self-professed football nerdling, I vaguely remembered the name “Yo Murphy” from watching the now-defunct NFL Europe.

How can I remember random football factoids from 20+ years ago, but forget to go to my daughter’s parent teacher conference last week? Don’t worry, she’s doing fine.

I pulled up some old footage via a quick Google search, and there is YO! Winning the MVP award in World Bowl ’96!

And it was well-deserved.

163 receiving yards and three touchdowns. 38,982 fans were in attendance that day, the highest in Claymores history and the largest crowd ever assembled for an American football game in Scotland.

Yo Murphy was the Scottish Jerry Rice. There are presumably adults in Scotland RIGHT NOW telling their grandkids that Yo Murphy was the greatest football player they ever saw in person. And it would not be an exaggeration.

Interesting aside, Kevin Harlan, Bill Maas, and Matt Millen were on the NFL announcers on the call for FOX. Man, they really threw some resources into the league and I loved it. Walt Coleman was the head ref.

Anywho, this was only the SECOND football world championship that Murphy had collected in three years as a pro.

In 1994, he won a Grey Cup championship with the BC Lions of the Canadian Football League.

But Yo Murphy wanted MO – he wanted to play in the NFL. So he toiled away in NFL Europe from 1996 to 1999, winning the aforementioned World Bowl MVP, and becoming one of the best WR in the league.

But then it was TIME – in 1999 he made it to the NFL and played in 8 games, PLUS however many games he played in NFL Europe that season, numbers forever lost to the tide of history.

The peak of his NFL experience was yet to come, even though he did not play professional football in the year 2000.

Thanks to Vince McMahon and the Xtreme Football League aka XFL, Murphy was back on the grind in 2001 with the Las Vegas Outlaws. He accumulated 27, 273 and 3 TUDS. He was the team’s leading receiver tied with Rod Smart aka He Hate Me.

At the conclusion of the XFL season, “Tha Murph” joined the Greatest Show On Turf – the 2001 St. Louis Rams (and possibly the best sports near-dynasty ever).

He appeared in 16 games as a kick returner during the regular season. And was the primary kick returner in the playoffs, returning 9 kicks for 252 yards (28.0 avg).

He even caught 1 pass for 11 yards on the game’s grandest stage, a 17-20 loss to the Patriots in Super Bowl XXXVI.

It was the crowning moment of YEARS of work!

He then migrated to the Dick Vermeil led Chiefs. Murphy signed with the Kansas City Chiefs on December 17, 2002. He was inactive for one game before being released on December 27.

Even though that was the end of his NFL career, Yo Murphy went back to Canada and enjoyed some of the best production of his career. 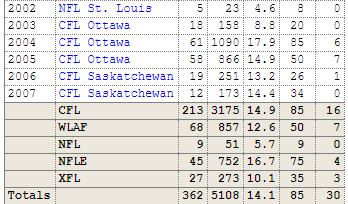 Murphy played in the CFL for 5 more seasons, culminating with another Grey Cup championship with the Saskatchewan Roughriders in 2007.

And that was IT – Yo Murphy called it a career.

Why is it that some players or coaches can play for an extended period of time, at a sustained high-level of success, and yet struggle to make an appearance in a championship game? Think Charles Barkley or Xavier McDaniel.

And then others, like Yo Murphy or Robert Horry, always seem to be in the right place at the right time?

The average lifespan of a pro football career is just over three years. Yo Murphy beat that by 3x+!