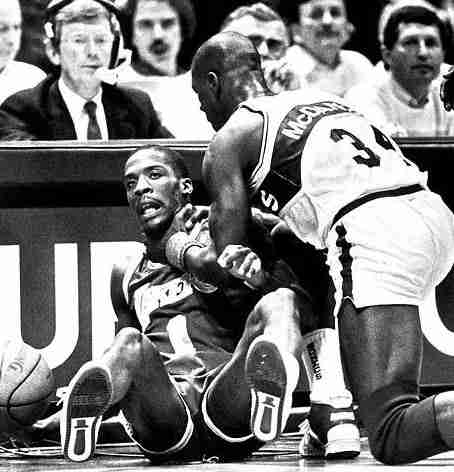 There will always be one badass to rule them all; former NFL safety Chuck Cecil. But our hearts have room for more than one badass.

This article was born out of Golden State Warriors forward Draymond Green’s performance after hitting a meaningless three point shot against the Clippers that put them up by 29, then proceeding to taunt Blake Griffin by almost licking his shoulder:

Imagine doing that to Charles Barkley, or any of the other enforcers that existed in every era of NBA basketball prior to now. I want retribution, I want a message to be sent!

Which brings me to Xavier McDaniel, the X-Man. The 6-7 beast of a man ruled by intimidation. His bald head, his glare, the way he attacked the rim – everything about him was ferocious. He genuinely loved conflict and sought it out.

Get you a taste:

Xavier McDaniel took no junk. But McDaniel was productive which made him somehow even more scary. The former NBA All-Star averaged 20 & 8 for his first five years of his career, retiring in 1998.

What about the time in the 1992 NBA Playoffs against the Bulls when he physically abused Scottie Pippen so bad over a seven game series that Michael Jordan had to intercede? See if you can read MJ’s lips:

Even in his final year in the league with the New Jersey Nets as a 34-year-old veteran, he never lost his touch: 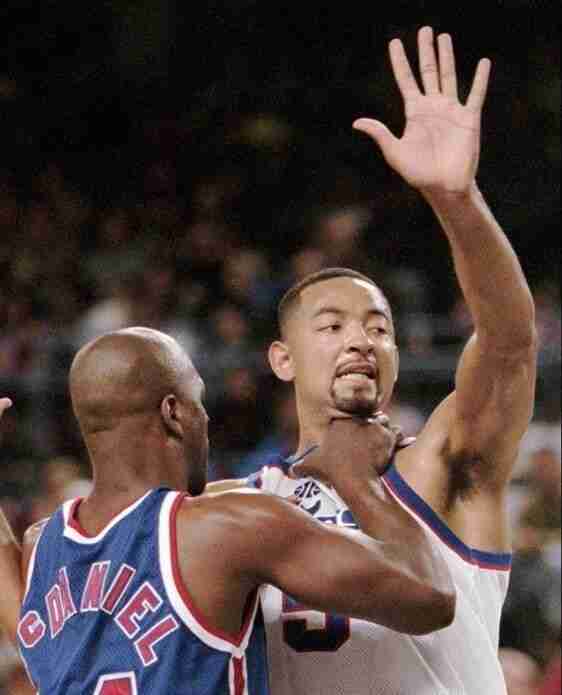 Like a true old school badass, Xavier McDaniel never relented even as he aged.

If Blake Griffin was Xavier McDaniel, the only question is where would Draymond Green’s tongue have ended the night; on the floor of Oracle Arena, or in the X-Man’s pocket?