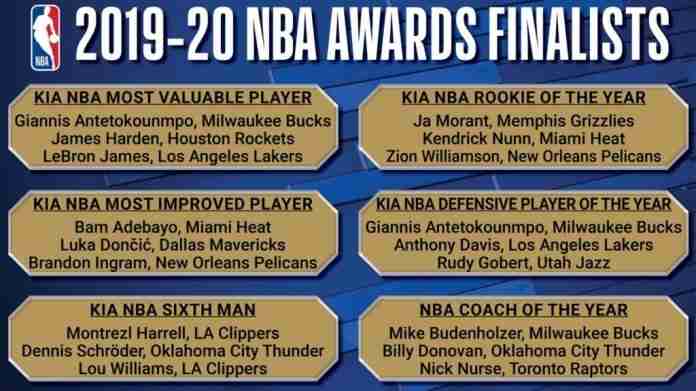 The NBA has announced the NBA Awards Finalists and Winners for 2019-2020.

The NBA said in July that all awards for the 2019-20 season would be based on games up until March 11, when that RONA forced a pause to the season. Media members made their votes before the seeding games began on July 30.

The NBA Award finalists are the top performers for the 2019-20 regular season for the following awards:

The finalists for the six annual awards, based on voting results from a global panel of sportswriters and broadcasters, are listed below:

NBA Defensive Player of the Year:

NBA Rookie of the Year:

NBA Sixth Man of the Year:

NBA Coach of the Year:

The winners for the awards will be announced during the NBA playoffs after the seeding games period concludes on August 14.