DRAM is a Grammy-nominated musician who teamed up with Lil Yachty on the song “Broccoli” to sell over 5 million units.

Starting today, DRAM has most recently teamed up with LeBron James and Sprite on a new Sprite Cranberry commercial and new limited edition flavor –  Winter Spiced Cranberry. It’s the “thirstiest time of the year” again with this video:

DRAM (“Does Real-Ass Music”) talked NBA and the impact of growing up in the same hometown as BubbaChuck aka Allen Iverson, working with Gorillaz on music, and his love of NBA2K.

I-80 Sports Blog: You’re from Hampton, VA. And you’ve got to know the first NBA player that came to mind when I heard you are from Hampton…

DRAM – ALLEN IVERSON! Or as we all called him if you were from here, “BubbaChuck.” Man, he was THE guy. Cornrows, tattoos, the baggy shorts. He didn’t just succeed for himself. It inspired everybody in the area. Seeing him do well made everybody think there was something in the water and we could do it too. Myself included. Just like with Michael Vick. Kam Chancellor, all those guys.

DRAM – I’m actually playing NBA2k right now. I created my own player. There’s so many rookies that are on fire right now that I love, like Ja Morant. I can’t even dribble a ball between my legs. So I made my own player so I can run with them. He’s the MVP right now.

I-80: Speaking of MVPs, you and LeBron James are in a new Sprite cranberry commercial together. You guys remade the animated Sprite 30-second holiday spot, “Thirstiest Time of the Year,” to promote Sprite Winter Spiced Cranberry.

DRAM – We did and did you see Lebron James threw me an ice-cold Sprite?! I got an alley-oop from THE KING!!? Did you see my hands?

I gotta say that I’ve always loved Sprite, loved the old ad and everything. But the new flavor of cranberry…there’s just something more robust about it. It’s the perfect drink for the holidays cuz you can get naughty OR nice with it. 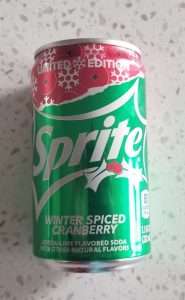 And, I get to be in it with the King, LeBron, the greatest to ever do it.

I-80: Who are your personal top three NBA players of all-time?

I-80: What team is going to win the NBA Finals?

DRAM – Man, I’ve got to go with the Lakers. They are just stacked with LBJ, Anthony Davis, larger than life guys. They are like the real-life “Monstars.” They are my team.

I-80: DRAM, my daughter just walked into my office and wants to say “hi.” She loves “Broccoli.”

DRAM – Hi there! What’s your name?

DRAM – Definitely the Lakers. They’re just a team of studs. And not just because I’m working with The King.

I-80: What was it like to be successful with “Broccoli” your song with Lil Yachty (peaked at #5, sold 5+ million units sold) a song that really wasn’t your style to that point? Then suddenly, you’re “The Broccoli Guy?”

DRAM – Yeah, I know what you mean. It’s a great song and I love it, but it doesn’t really show my full range. My style is more eclectic and R&B and a lot of people wouldn’t know that just from that one song. But the good thing is, that it introduced me and my music to a lot of new people that wouldn’t have ever heard me. Which is the same thing that is happening with this Sprite ad with LeBron.

I-80: Is that the same thing that happened when you worked with Gorillaz on the track “Andromeda” on the “Humanz” album?

DRAM – No actually that was a lot different. I felt like that showed the my music to any already established audience that was perfect for my style. When Damon Albarn asked me to do it, I was so excited. And to tour with them and do things like “Demon Days,” it was just awesome. And it was perfect for my brand. And that’s what it is all about, building a brand.