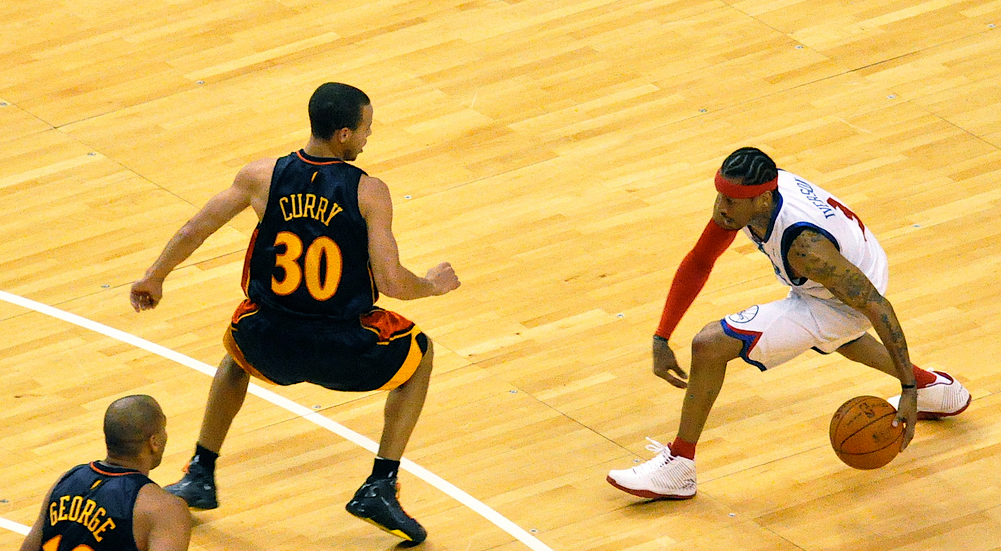 The NBA playoffs are referred to as the NBA’s “real season” because the quality of play and intensity improve. When the pressure was on, who stepped up for his team when it mattered the moist, I mean most? These dudes did with the highest PPG averages in NBA history.

Yet another scoring list that Michael Jordan is at the top of. Jordan has the highest career scoring average in both the regular season (30.12) and the playoffs (33.45) in NBA history. He holds the record for most points scored in a playoff game with 63, which we covered the other day. He scored 50 or more points in eight playoff games, which is twice as many times as any other player (Wilt Chamberlain had four 50 point playoff games). This number is insane when you consider he played in 179 games.

The demise of “AI” was swift thanks in large part to his fearless playing style and the way he threw his body around, so its easy to forget how explosive he was during the first part of his career. In leading the Sixers to the Finals in 2000-01, Iverson averaged a ridiculous 32.9 ppg in 22 playoff games. Only Wilt Chamberlain and Jordan have more 50+ point playoff games.

Imagine if the sharpshooting West would’ve had the benefit of the three point shot. Having played in nine NBA Finals, he is also the only player in NBA history to be named Bill Russell NBA Finals Most Valuable Player Award Finals MVP despite being on the losing team (1969). His career playoff high point game was 52 points against the Celtics in 1965.

Is it just me or do all of his statistics not matter anymore? They all feel inflated. He is a complementary player who can score the ball in numerous ways. But he will never get the credit he wants because he is seen as a sidekick and not a leader, regardless of his series wining three pointer in crunch time for the Warriors. Could he have gone to Cleveland and made them relevant single-handedly the way LeBron James did? Absolutely not.

His 217 playoff games are 38 more than Michael Jordan and is 7th most all-time. I don’t think he gets enough credit for how efficient he is, his playoff FG percentage is 48.5%.

You like to score and so do I. Here are the highest scoring games in NBA history.