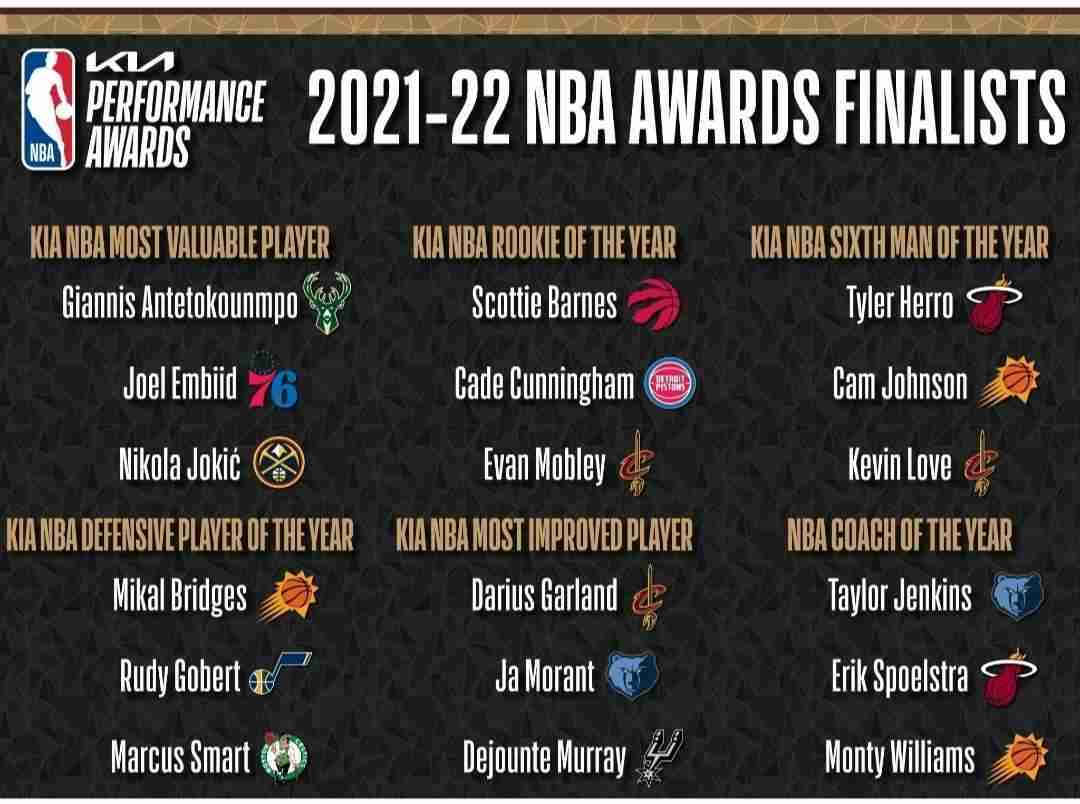 The NBA has announced the NBA Awards Winners and Finalists for 2021-2022.

Take a look at the 2021 NBA Award winners here.

There are three finalists for each award. The winner for each is determined by voting results from sportswriters and broadcasters, are listed in alphabetical order below:

It’s back to back MVP awards for The Joker! Jokic is the 15th player in NBA history to win the MVP multiple times and the second straight winner to go back-to-back after Giannis Antetokounmpo won it in 2018-19 and 2019-20.

Of all the 2022 NBA awards this was the one I was looking forward to the most. You could make a legitimate argument for any of these three players to win Rookie of the Year.

In the end, Barnes bested Mobley by a total of 15 points. Mobley had more 2nd and 3rd place votes, but the 5 more first place votes won it for Barnes. It was the smallest margin of victory since the NBA started using the current voting format 19 years ago.

If Evan Mobley would not have gotten hurt, the way him and Jarrett Allen teamed up to make CLE good again, was enough for me.

When the finalists were announced, it was obvious that Herro was the most deserving.

Congrats to Monty Williams but what in the world does Erik Spoelstra have to do to win one of these? Or has he entered Bill Belichick territory where people take how great a coach he is for granted and assume he has already won?

It honestly feels like Williams got this award because of how the Suns overachieved their way to the Finals last year.

The MVP race has been among the closest in recent history this season. Embiid and Jokic fought for pole position all season with Antetokounmpo, a two-time winner, looming in the background.

Jokic is expected to repeat as a winner this season, but we won’t know for certain until the awards are announced.

TNT will announce the winner of the 2022 NBA Awards during its coverage of the 2022 NBA Playoffs presented by Google Pixel. Each voter’s complete ballot for each award will be posted at PR.NBA.com after the announcement of all end-of-season awards.