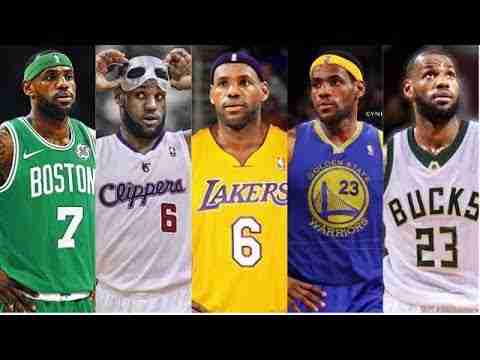 It’s easy to get excited when your NBA team lands a coveted free agent. But using history as a gauge, most high-priced signings fail to pan out.

Here are 10 free agent signings that paid off in a big way.

The Warriors got a steal in Arenas when he slid to the second round in the NBA draft. His first two years in the league the future “Agent Zero” averaged 14.6 ppg, 5 apg, 4 rpg and 1.5 spg and garnered Most Improved Player award in year two. He signed with the Wizards prior to his third year and became one of the most prolific scorers in the game for the ensuing four years prior to a knee injury and a ridiculous contract, which also put Arenas on our top 10 worst free agent signings in NBA history.

After establishing himself in Denver, Mutombo signed with the Hawks in 1996. In four and a half seasons, he won two Defensive Player of the Year awards, two rebounding titles and led the league in blocks five straight years. Check out this interview we did with him.

“Big Shot Bob” grew his legend even further in San Antonio when he signed with the Spurs in 2004. He won two titles during a five year run and cemented his legacy even further by hitting several more clutch shots in the playoffs and Finals.

To illustrate Nash’s impact via free agency, look at the team’s performance. The year before he arrived the Suns were 29-53. In his first year back in Phoenix, Nash-led squad went 62-20 and advanced to the Western Conference Finals. He won the MVP award that season and the next, and almost won his third in a row, finishing second in 2006-07.

Billups was a journeyman who played for four teams in five years and was perceived as a malcontent. In 2002, he signed with the Detroit Pistons and quarterbacked them to an eventual title.  In six years with Detroit, Billups made six straight conference championship series, two NBA finals, and won an NBA Championship. His career still doesn’t get the respect it deserves; Chauncey Billups is Method Man.

In 1983, Malone was a restricted free agent coming off an MVP season and the Houston Rockets owned his rights. He signed an offer sheet with the 76ers and rather than matching the offer, the Rockets traded him to the Sixers, rather than pay Malone what the Sixers had agreed to pay him and keep him. That year, Malone won his second straight MVP award and an NBA title the following season. Here is a great article on how the Sixers ended up with Malone.

During his five year ABA career, Erving won two titles, three MVP’s and three scoring titles. When the Nets joined the NBA in 1976, they couldn’t afford to pay Erving and he held out. The 76ers paid the Nets a total of six million dollars and Dr. J joined the Sixers. The rest is NBA history.

After the Orlando Magic front office and fans turned against O’Neal, he signed with the Lakers. Shaq and the Lakers and eventually won three titles in a four season stretch.

17 years ago tomorrow, Michael Jordan agreed to his first one-year mega deal which resulted in the Bulls fifth NBA title. The following season in 1997-1998, he signed a one-year deal for $33 million (highest one-year contract in NBA history) and brought the Bulls their sixth championship.

If this seems like a “gimmie”, read this piece on how serious the New York Knicks were about signing him.