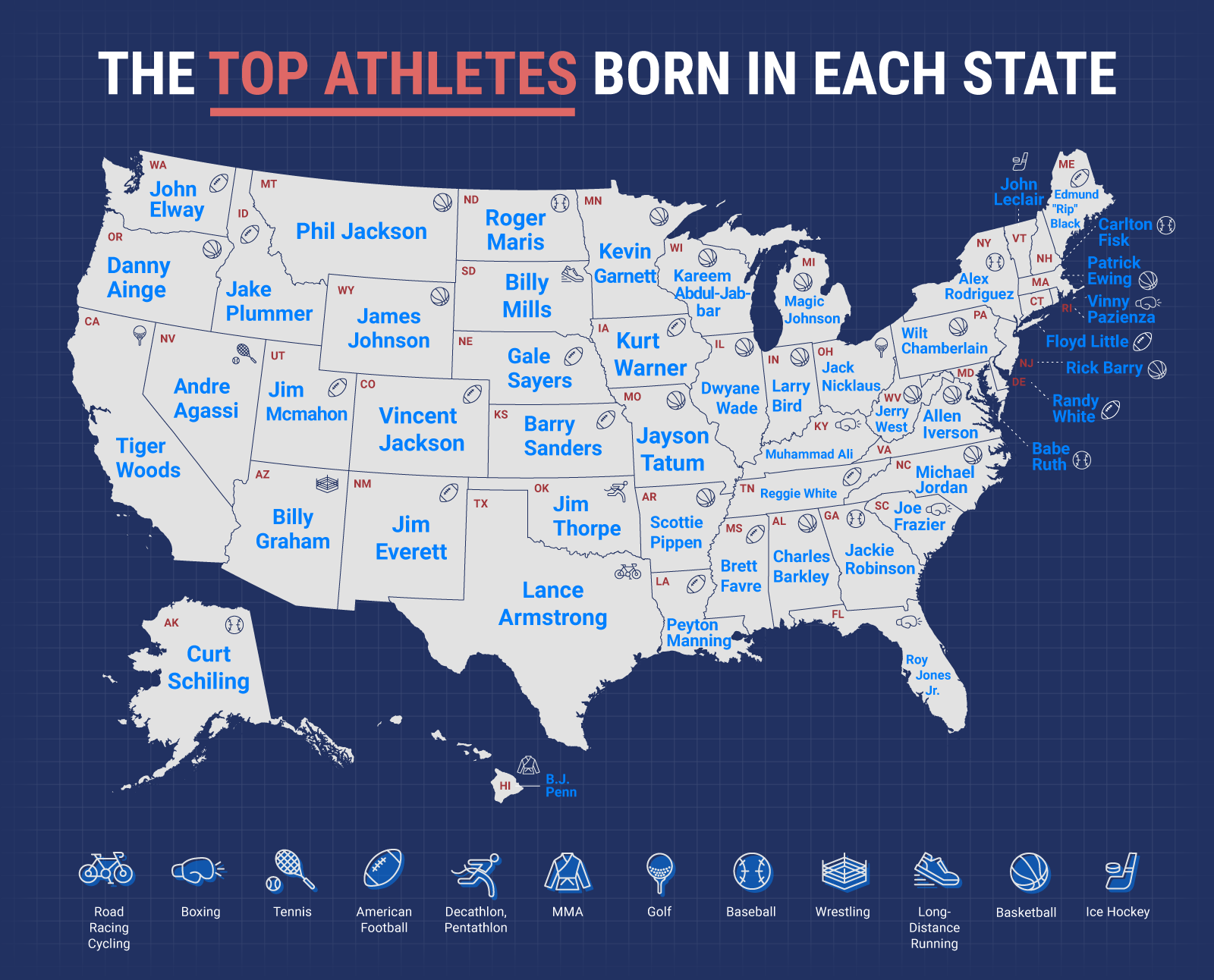 From Muhammad Ali to Michael Jordan, many of the greatest athletes of all-time call America home. But have you ever wondered which sports stars are the favorite in each US state?

A new study by TopUSCasinos.com uncovers the top sporting stars from each state. Check out the state-by-state breakdown below.

Hometown Heroes: The most popular famous athlete in each state revealed!

By looking at the most successful athletes of all time, TopUSCasinos.com then looked at who is searched for the most on Wikipedia, to reveal the most popular sporting legends from each state across the US.

The most popular athlete from every US state

Related – Which NFL Team Has The Most Fans?

With nearly 60% of states ranking a basketball or football icon as their top hometown hero.

It’s not only basketball and football that are celebrated.

By, turning our attention to the ring, one of the sport’s most celebrated athletes, Muhammad Ali, is comfortably the greatest to ever come out of Kentucky.

Discover your state’s hometown hero below:

To reveal each US state’s most celebrated sporting hero, TopUSCasinos first collected data for each of the fifty states’ most successful and prodigious athletes from Bleacher Report.

From here, TopUSCasinos analyzed each athlete’s respective Wikipedia page to assess visits during a twelve-month period between March 2020-March 2021.

The athlete for each state with the most page views during this period is considered their area’s leading hometown hero.