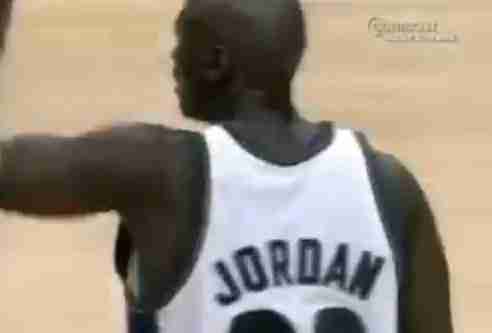 On September 26th 2002, the greatest basketball player of all-time returned to the court for the team he partially owned. It’s easy to forget how productive Jordan was in two years playing for the Wizards.

In the summer of 2001 Jordan expressed interest in making another comeback with the Wizards. Some people speculate that as a part owner, he did it to draw fans into the seats for the struggling franchise. Another perspective is that the return to the NHL by hockey legend Mario Lemieux, the Jordan of the ice, who was also a close friend of MJ fueled his decision.

Jordan spent much of the spring and summer of 2001 in training, holding several invitation-only camps for NBA players in Chicago. Jordan also hired his old Chicago Bulls head coach, Doug Collins, as the Wizards coach for the upcoming season, a decision that many saw as foreshadowing another return.

On September 25, 2001, Jordan announced his return to the NBA to play for the Washington Wizards, also announcing his decision to donate his salary as a player to a relief effort for the victims of the September 11, 2001 attacks.

The next season, Jordan’s last in the NBA, may be the most underrated season in NBA history.

During the 2002-03 season, Michael Jordan turned  40 years old. Of all major sports the NBA is probably the most unforgiving in terms of deteriorating skills. If you’re old and slow it can’t be hidden. Jordan wasn’t old and slow.

That season he played 37 mpg, second on the team only to Jerry Stackhouse. He was also second in points to Stackhouse (20.0 ppg), second in rebounding (6.1 rpg), fourth in assists (3.8 apg) and first in steals (1.5 spg). He was even fourth on the team in blocks of all things, with 0.5 bpg. He was also the only Wizards player to appear in all 82 games, starting 67 of them.

In 02-03, Jordan scored 20 or more points 42 times, 30 or more points nine times, and 40 or more points three times. Though it wasn’t rare for us to see MJ score 40+ throughout his career, the three games of 40+ represent the only times in NBA history a player over 40 years old has ever scored that many points.

And just for sticking around and reading this article, here are some highlights of a 1984-85 game between Magic Johnson and Michael Jordan, just because it’s cool: