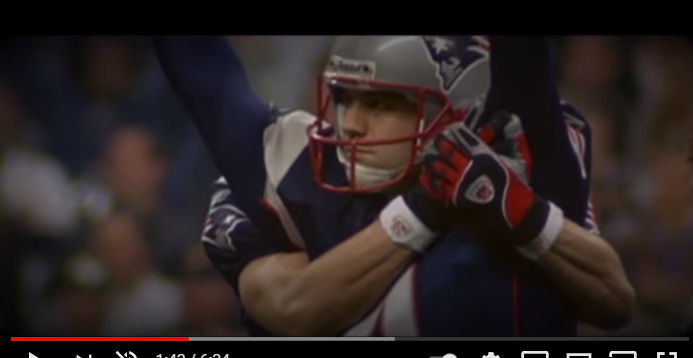 Usually when kickers age they become less productive. Adam Vinatieri actually became more productive and changed the style of kicker that he was. Vinatieri got stronger with age.

Vinatieri spent 10 years New England New England and 14 years in Indianapolis. Vinatieri’s 4 Super Bowls won is the most of any kicker in NFL history.

He made 29 game-winning kicks in his career.

“His consistency, mental toughness and performance under pressure was legendary. I am honored to have coached Adam, going all the way back to his rookie year in 1996 and through some of the most special moments in Patriots and league history.

Adam is in the rarest of echelon of athletes whose career accomplishments may never be matched.”

Here’s another stat that talks about and speaks to how Vinatieri‘s game evolved as he aged:

Did you know that in those 24 years Adam Vinatieri became the highest scoring player in NFL history?

Quarterback Tom Brady, who played with Vinatieri from 2000-05, took to Instagram to salute Vinatieri, writing, “When you look up clutch in the dictionary it should have your picture. An incredible teammate with an incredible work ethic. Honored to have played with the (GOAT).”

His last All-Pro appearance in the highest conversion rate of his career at 96.8% came in 2014 with the Indianapolis Colts at the age of 42. He was also 50 of 15 extra points that season. And 30 of 31 on field goals. Incredible.

In 32 playoff games and Super Bowls Vinatieri made 70 of 71 extra points and 56 of 69 field goal attempts, good for a percentage of 81.2. All NFL playoff and Super Bowl records.

Did you know that Adam Vinatieri once threw a touchdown pass? In 2004 during his pro bowl year and all pro year he was one for one for 4 yards with a touchdown. incredible.

Do you realize that Adam Vinatieri is 48 years old at the time of his retirement?

He scored points in 47 different stadiums. Vinatieri played in six AFC Championship Games, five Super Bowls and a record 397 games including the playoffs. He also was selected to the NFL’s 100th anniversary team.

His 21 100-point seasons broke the previous mark of 16. He made a league-record 10 game-winning kicks in overtime.

Retiring at 48 years old, Vinatieri is the third oldest player of all time and the last active player whose career began the 1990s.

Adam Vinatieri started his career in 1995 in a tryout with the World League of American football, later known as NFL Europe and earned a roster spot with the Amsterdam Admirals.

In 1996 he was signed by the Patriots as an undrafted free agent. In order to become the starter had to beat out 17-year veteran Matt Bahr.

Vinatieri actually played in five Super Bowls losing his first one in 1996 against the Green Bay Packers where you gave up a Super Bowl record 99 yard return touchdown at Desmond Howard to end of the game.

His rookie year he chased down Herschel Walker on a kick off return from behind and made an amazing tackle.

And you can’t forget about the kick he made against the Oakland Raiders in the final game ever Foxboro Stadium.

Vinatieri kicked a 45-yard field goal thru the snow to tie the game at 13 and send it to overtime. In overtime, the patriots won the game on a 23 yard field goal by Vinatieri.

The enduring legacy of Adam Vinatieri will be how clutch he was in the highest pressure moments when the games matter the most.

Amongst additional the Super Bowl and postseason records he holds:

The only player that has played more playoff games is Tom Brady. Tom Brady has 41 Vinatieri has 32.

If you think for a moment a kicker is not a football player or does not have any impact on the game, the career Adam Vinatieri proves otherwise.

He’s an absolute shoe in for the Hall of Fame and the pride of Yankton South Dakota.

How great was it to watch a true professional perform at the highest levels in the most intense of moments and always win.