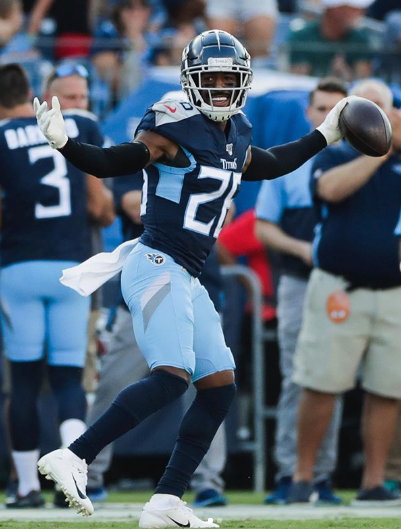 The two-time Super Bowl champion cornerback is working with Mars Petcare. And you can adopt a pet and Mars Petcare will “takecare” of the adoption fees.

I asked Logan how many times he’s been erroneously called “Ryan Logan,” about wearing a Titans jersey to 4th grade picture day, and for a cool Tom Brady story and he delivered.

I-80 Sports Blog: You founded the Ryan Animal Foundation and you’ve teamed up with Mars Petcare. What are you doing with all these dogs?

Logan Ryan: Dogs AND cats. Mars Petcare and I have teamed up multiple years. This is the 11th annual Better Cites For Pets Adoption push. Mars Petcare will cover adoption fees. Go to www.bettercitiesforpets.com to see what is available as far as the adoption fee covered from Mars Petcare in your area.

I-80: Logan I love the “Pup Rally” – you’re like Oprah giving away cars. What’s the most amount of dogs you’ve given away in one day? In one sitting?

Logan Ryan: I don’t always give them away – I partner with shelters. This year we had 26 dogs and all 26 were adopted at practice — and that was during a weather warning where it got shutdown. The first year we did it when there wasn’t inclimate weather we had 40 dogs adopted. People love puppies. I think every building would be a happier place if you brought puppies to it.

I-80: Logan do you think less of cat people? Because I sure do.

Logan Ryan: No I do not, honestly. Dogs are my favorite but I like cats, too. We have two foster kittens in our house right now. The cats are growing on me. I wasn’t a cat person growing up. My daughter loves cats.

I-80: Logan how many times in your life have you been called “Ryan Logan?”

Logan Ryan: More than you can imagine — probably more than people call me Logan Ryan actually. Whether it be on a roster, or in class, when people see the first name/last name, they always just read it, “Ryan Logan.”

It got so bad at a point that in high school I was the quarterback and had the ball on every play and they would say Ryan Logan and Logan Ryan every other play. My mom stood up and said, “His name is Logan Ryan!” In front of the entire crowd to the PA announcer. And clearly he couldn’t hear her because he was in the booth. It really irritates my mom more than me. If my mom is around you don’t want to mess it up.

So, I’m really 6 foot 200 lbs right now. And you just wouldn’t want to try it. We lift too much weight and we push people all day. We’re a lot stronger than people may think.

I-80: Tell us about the school photo of you wearing a Titans jersey on picture day. We’re starting to feel really old that kids who wore Titans jerseys to kids are now playing in the NFL, in actual Titans jerseys.

Logan Ryan: It’s crazy. I was having a really good year last year; personally and the team was on a little bit of a roll. And I end up breaking my leg. My first severe injury in football. It was around Christmastime and I was down in the dumps. And my mom sent me that picture. I remember the Music City Miracle.

I remember when the Titans moved to Nashville from the Houston Oilers. And the jersey was new. And I somehow got it because I liked wearing jerseys as a kid. And it was Samari Rolle. I wore it to some picture day and my mom said, “Don’t doubt the timing, you’re exactly where you need to be in life. Look at this picture.” At the time it was exactly what I needed to hear and showed me everything happens for a reason.

Logan Ryan: OMG in a way you could say I remember the titans, yes…

I-80: And don’t think I didn’t catch that “got me rolling again” line about Samari Rolle jersey…

Logan Ryan: Ahhh, my man is full of it today! The video isn’t working but he’s still on a roll. Good stuff.

I-80: In your time with the Patriots and now w the Titans, who is your favorite wide receiver to LOCK DOWN? You’ve got to have one you despise. Please give me a specific player, trying to get a soundbite here.

Logan Ryan: (with ZERO hesitation) Julian Edelman. We’re not nice guys on the field. He would win a lot because he had a great QB throwing him the ball. And he’s a good player. Then in my 3rd and 4th year I’d start winning an we would go back and forth.

I-80: Did you ever hang out with Tom Brady off the field?

Logan Ryan: We were teammates for four years. When I first got drafted and saw him in the hallway, I said to myself, “What the heck am I gonna say to him?” I had his jersey too, growing up.

And he came up to me and said, “Hey, I’m Tom. We appreciate having you. I know we drafted you in the 3rd round and you were a good player at Rutgers and I can’t wait to see you help the team.” And he introduced himself, to me! I think that’s Tom Brady summed up. A lot of people want to have opinions of him because he’s great. And no one really knows. But he’s really a genuine guy.

Hard worker, great story. He came up and introduced himself to me Logan Ryan, 3rd round draft pick in the 2013 draft, and he had been the quarterback for the last 15 years. I thought that was something that was really cool and something that I’ll always remember. Not a lot of players do that. There was no rookie hazing there. He actually went out of his way to introduce himself.