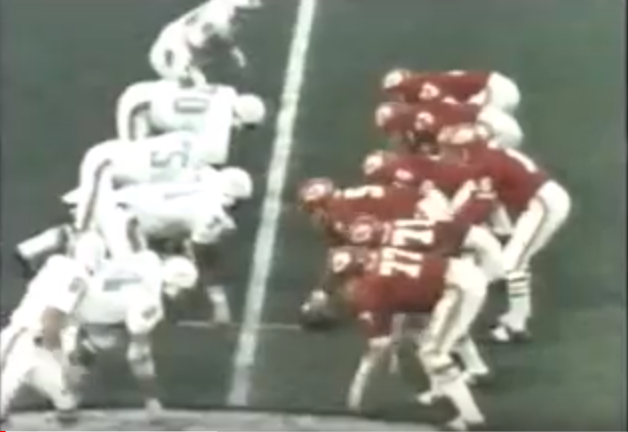 The Longest Game in NFL History Featured Two teams, 83 minutes, and a Chance at the AFC Title.

What can a person do in 82 minutes and 40 seconds? They can watch the longest episode of Game of Thrones, bake a real cheesecake, and oh yeah… set an NFL record and played the longest game in NFL history.

On Christmas Day in 1971, the Kansas City Chiefs and the Miami Dolphins squared off in a game that would end up etching several names in the history books when it was all said and done.

The two teams came in sporting 10-3-1 records, and had a trip to the conference championship on the line. Kansas City was set to play host, and Miami was set to play spoiler as they were a much younger and inexperienced team.

The Chiefs were two years removed from an NFL Championship, and looked to get back to the pinnacle of NFL greatness.

Two great coaches, Hank Stram and Don Shula, were at whits end trying to figure out how to stop one another’s great teams. Well, good job guys… because the efforts of both sides caused the longest game in NFL history.

I’m a stat junkie, and a history buff, so getting to break down and watch this game was like being Jon Gruden and sitting naked watching Brett Favre highlights.

Okay, maybe not that arousing… but it was pretty cool to turn back the clock and see some really awesome history.

So, without further adieu, let’s breakdown the longest game in NFL history.

Who The Hell is Ed Podolak?

I’m a pretty big NFL guy, and I’d like to think I’m very educated when it comes to the league, but this one got me riled up.

WHO, in God’s name, is Ed FREAKIN Podolak?

Sure sure go Google him and tell me all about him in the comments, but seriously I’ve never heard this guy’s name before this. I’ll tell you though, I’ll never forget it now.

Podolak had a steady career as the running back for the Chiefs. He never put up awe-inspiring numbers, in-fact he only rushed for more than five touchdowns once in his career, but on this day he was a world beater.

Podolak was the horse for Kansas City in the 1971 Divisional Game. Big number 14 carried the ball 17 times for 85 yards, caught eight passes for 110 yards, returned three kickoffs for 153 yards, ran back 2 punts for 2 yards, and tallied 2 touchdowns. His 350 yards of combined total offense still stands as an NFL record.

Chiefs’ Quarterback Len Dawson was spraying the ball all over the field, but it was Podolak who got the nod as the most valuable player in red. However, he wasn’t the hero and we will get to that later.

The Hall of Fame Goldmine

This section isn’t so much a recap of what went on, but it’s my reaction to seeing so many great names on the field at one time.

As I said there were two incredible coaches, one coming off a championship and one on his way to the best championship season in league history, and a bevy of Hall of Fame caliber talent.

After hearing names like Len Dawson, Larry Csonka, and Bob Griese get tossed around, I decided to look-up what players in the game ended up donning the gold jacket in Canton.

Pretty incredible, huh? I had to give a nod to Lamar Hunt. Even though he wasn’t on the field that day, he assembled those names that also have a plaque in Ohio.

The Ending That Could’ve Been

I touched on Ed Podolak, but unfortunately he didn’t get his hero’s moment with his MVP performance.

The game was deadlocked at 24 with 1:25 remaining in regulation. The Dolphins were coming off a touchdown and had to kick it deep. To who you might ask?

The day’s best player fielded the ball at the goal line and took off like a shot up the middle. After a cut around two Dolphins players, Podolak streaked down the far sideline into enemy territory. He was shoved out of bounds at the 22 yard line, and that seemed to be the poetic ending to a great Chiefs win.

Future Hall of Fame kicker Jan Stenerud stepped up for a chip shot 32-yard field goal. He missed it wide right, and that set up two straight overtime periods.

People were shocked Stenerud missed the kick, but in doing some research I found that he was 4/8 on field goals from 30-39 yards. Also take into account the toe kicking style and the muddy surface, and that kick was noting close to a “lock”.

So the game wore on, and eventually the Dolphins would prevail on a Garo Yepremian 37-yard kick in the second overtime, thus playing spoiler on Ed Podolak’s Kodiak 83-minute day.