Watching a sporting event on TV from the comfort of your couch makes all sports management jobs seem so simple.

As the old saying goes, “The most popular guy in town is the backup quarterback.” Which is you, on the couch.

The same sentiment can easily be applied to running a team at any level, whether it be youth, high school, college, or pro.

Sports jobs are more difficult than they look.

Since the coach is the field general, he is the face of the organization in most cases. And the first to receive blame, in ALL cases.

Everyone thinks they can do better at sports management jobs. Fans think the “right answer” to every scenario is obvious and easily ascertained.

Opponents think you suck. Parents don’t even realize how much they do not know, but also do not let that dissuade the deriding. Talking heads think you suck. Nothing is ever enough. Even WINNING.

When the team wins, the players made it happen. When the team loses, the head coach or front office and administrative staff takes the blame.

It is a rough industry and sports management jobs, either on the field or in the front office, are a tough profession.

The ultimate measure of success are wins and losses and that is it. Lose and you’re a footnote in history. And, a boob.

But what you may not realize is that the coaches, we as fans, lambaste on a daily basis via AM sports talk radio, TV, and the Internet, have spent the greater part of their lives to get into the position they are in.

To make that “bad decision” that costs a team a game, or a championship.

The sport search and ensuing success, or failure, is no accident.

In Brian Rzeppa’s book “You’re Hired: A Guide to Working in Sports”, he details not only the hiring process down to the finest detail, but also explains the story behind how the coaches we roast so frequently, with every game we watch, ascended to the position of head man or head woman.

And none of it is easy. Or by chance.

Rather, it is extended years of detailed planning, execution, relationships, behavior, and endless hours of work.

In compiling his book, Rzeppa assembled an impressive interview list of people working in various capacities within sports management jobs. And took a lot of work.

“From researching to interviewing to outlining to actually writing, probably around 4-6 months or so to write this book,” said Rzeppa.

“After that, getting a publisher probably took another 1-2 months.”

“As far as the interview subjects, some of the bigger names (Phil Fulmer, Scott Stricklin, etc.) stood out, but for some of the lesser known names they just had interesting journeys to their positions that I felt would make for interesting insights.”

The book features interviews with, and first hand experience from, the likes of:

Ken Herock – Player personnel executive in the NFL with the Raiders, the Tampa Bay Buccaneers, and the Atlanta Falcons. Also an AFL champion as a player with the Oakland Raiders.

But equally compelling in this book are the interviews, direct feedback, and personal experience received from, and shared by, names you may not know.

While the Fulmers and Hunters and Herock’s of the world can be considered titans of their industry, you really learn about the personal nature of working in sports from people on the front lines, working their way up through the ranks.

We pick up the story with the journey of Stacy Collins. From Special Teams Coordinator at Portland State, from prior stops in Austria, South Dakota, Washington, and Idaho, spanning over 10 years. With a wife and four kids, Collins’ goal of becoming a head coach seems like it will never happen.

Rzeppa gains and shares knowledge about the hiring process and day-to-day life from the source. Throughout the book, there are hundreds of years worth of combined experience across collegiate and professional athletics.

From Division 1 basketball coaches to Major League Baseball General Managers, the knowledge of the 17 people featured in the book is difficult to come by.

For those that seek the top roles working in sports, and finding sports jobs openings or jobs in the sports industry, perhaps the most valuable skill — beyond on the job skills they will use to succeed — is the ability to network.

Chapter 4 – The Role of Search Firms and Agents – Sports Search

The role of networking expands beyond the coaches, administrators, and executives themselves, as both agents and search firms also make up an important piece of the candidate recruiting puzzle.

After building the connections necessary to land the interview, the real work in securing a top-level job begins. In most cases, simply speaking about your vision in a general sense will not be enough to impress decision makers.

The interview prep stage can serve many purposes. Not only will the candidate learn more about the interview process and sharpen their philosophy, but they will also have the opportunity to size up the organization and determine if that is where they want to be for the long haul.

As a candidate moves through the interview process and preparing for it, the time finally arrives for the moment they have been working towards their entire lives.

Chapter 8 – What Goes Wrong in Interviews

After getting an understanding of how to land, prepare, and perform in the interview, it is important for a candidate to understand why certain interviews go off the rails.

Chapter 9 – Getting the Job

Even with a perceived perfect interview where a candidate prepares well, clicks with the interviewers and displays their vision for the organization, there always stands the change that “the call” will never come. When “the call” comes, a candidate is thrown through the ringer with emotions.

After accepting the job, the realities of the position sink in right away. Despite each having spent time as an assistant coach, assistant athletic director, or assistant general manager, every person interviewed faced challenges and situations that they had not experienced in their previous roles.

The transition from candidate to coach/athletic director/general manager is immediate after signing on the dotted line.

With each of the roles being so demanding from a time perspective, working at this level of sports can make it difficult to maintain any semblance of life outside of the office.

With the rise in popularity of video games and fantasy sports that allow you to take control of a roster and shape it into your own vision, many have been interested in a job in sports because of the opportunity to build a team.

Along with managing the communication of players who may be shipped out, the role of a coach, athletic director or general manager requires constant contact and evaluation by the fans and the media.

Chapter 15 – What They’re Looking For

After accepting each of their respective jobs, the athletic directors and general managers immediately switched sides of the interview table.

With hundreds of years of experience amongst the group of them, these coaches, athletic directors and general managers have complied a lifetime’s worth of knowledge within each of the sectors of the industry.

Whether it is in the interview process or once you have taken the job, there are a few underlying factors that are embedded on the road to success in the sports industry.

A literal template of how to answer questions to the greatest question asked of a coach or sports administrator – what is your philosophy?

What can you do if you want to work in sports?

Find a sports internship at a college, high school or even a youth league near you and learn the industry from the ground up. You can only learn and prepare by doing the dirty work. That’s the only way you can ever even dream of landing sports related jobs.

You’re Hired: A Guide To Working In Sports walks you through every step of the process to securing sports jobs or landing one of the various sports management jobs.

At 126 pages prior to the coaching philosophy template, it is a quick, breezy read with short chapters, written from the perspective of quotes from people that work in sports.

I’ve already read this book twice. And as a business owner, the approaches outlined towards securing front office sports jobs or jobs in the sports industry could be applied as best practices to any industry or profession.

Buy the book and you will love it. 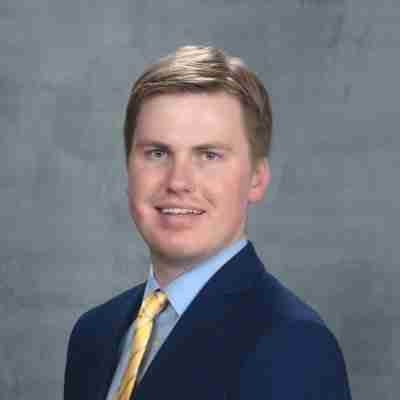 A lifelong fan, it didn’t take Brain Rzeppa long to realize his involvement in sports would not happen on the field of play. Earning a Master’s Degree in Management and Organizational Leadership and a Bachelor’s Degree in Sports Management, Rzeppa has spent years working in sports communications, merchandising, operations and other roles in the professional sports world.