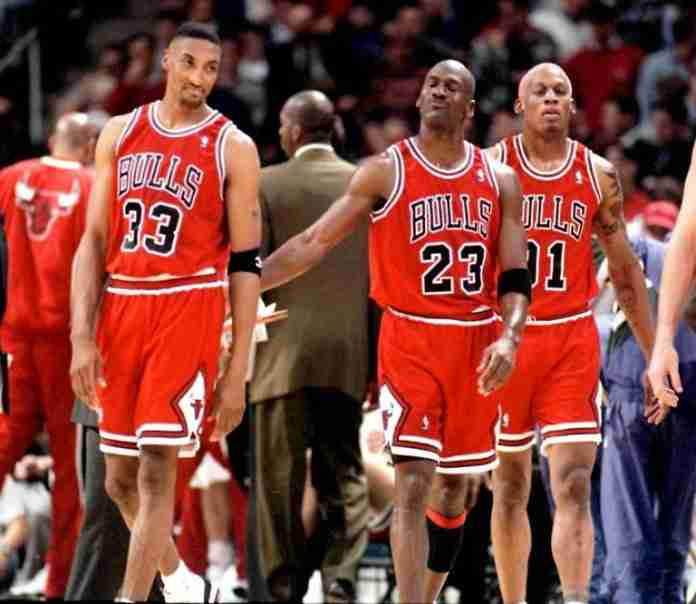 22 years ago, the 1995-1996 Chicago Bulls suffered their second loss in the season’s first 12 games, before eventually winning an NBA record 72 games. They would go on to win 13 in a row and an amazing 31 of 32.On November 26th 1995, the Bulls lost 97-92 to their eventual opponent in that year’s NBA Finals, the Seattle Supersonics, in Seattle’s Key Arena. The loss ran the Bulls mark to 10-2 after 12 games and put them on pace to lose a total of 14 games. It was a great start, one of the best to that point in NBA history, but surpassing the 1971-72 Lakers all-time best 69-13 record seemed improbable.

The Bulls finished the month of November with a 12-2 record but improved in each of the next two months, going 13-1 in December and 14-0 in January, running their record to 39-3 after three months. In February, the Bulls ran their record to 41-3 and became the fastest NBA team to 41 wins, again besting the ’71-72 Lakers previous record.

Against Seattle on this day, the Bulls were without Dennis Rodman, while Michael Jordan and Scottie Pippen combined to go just 13 of 35 from the floor and scored 40 points. By comparison, Gary “The Glove” Payton and Shawn “Reign Man” Kemp went 20 of 29 from the field for a total of 51 points as Seattle out-shot the Bulls .602% to .453%. Even with the loss, the Bulls would set an NBA record that season for road wins going 33-8.

After the incredible regular season, the Bulls didn’t cool off, going 15-3 in the playoffs for a combined total record of 87-13. The Supersonics won three of those 13 games, while the Indiana Pacers were the only other team to beat them more than once that season winning two games in the regular season by a total of five points.

Prior to the start of the 2012 NBA season, Metta World Peace proclaimed that this season the Lakers would beat the Bulls single season win record by going 73-9. The Lakers struggled to a 7-7 record. To put that into perspective, the Bulls didn’t lose their seventh game until March 10th; isn’t that insane?

The 1995-96 NBA season was a great one for the Bulls, but also for the Supersonics; they just picked the wrong year to be good.