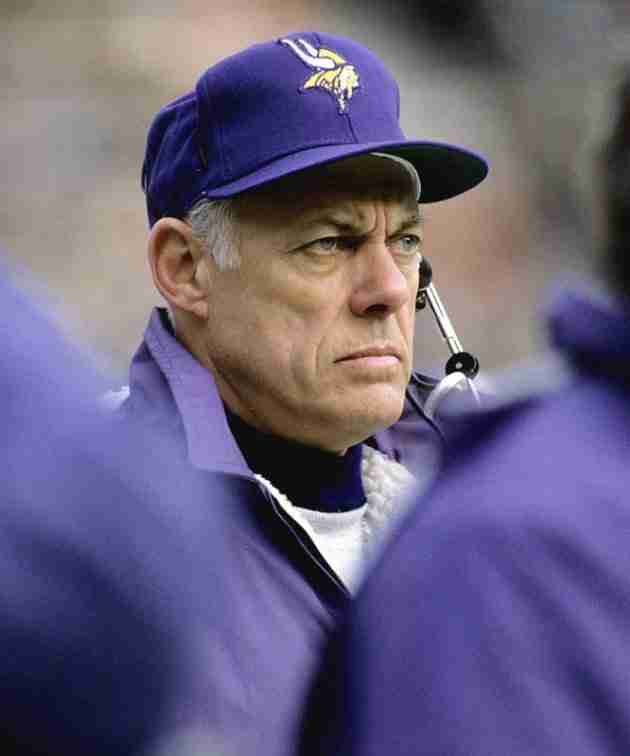 In today’s NFL, Bud Grant would have been fired after back to back losses in the divisional round of the playoffs followed up by a .500 season where his team, the Minnesota Vikings, didn’t make the playoffs at all.

But, because it was 1972 and there was no such thing as a “Message Board”, Bud Grant responded with back to back Super Bowl appearances over the next two years, losing both times.

But that wasn’t where the frustration ended. He made the Super Bowl again in 1976 and the NFC Championship in 1977, but again lost both times. Combined with an additional Super Bowl loss in 1969, Grant was the first coach to ever lose four Super Bowls, a record equaled by Dan Reeves and then Marv Levy later on.

Before he ever set foot in an NFL stadium as head coach he had already established himself as possibly the greatest CFL coach of all time.

In 10 seasons he won four Grey Cups, the Super Bowl equivalent for anyone too lazy to Google it, and appeared in a total of six.

Grant’s 290 games won between the CFL and NFL is third most in pro football history behind George Halas and Don Shula and his 158 wins in the NFL is 13th most of all time.

At least part of what made Grant a great coach is that he was a great all-around athlete.

After enlisting in the Navy he was assigned to the Great Lakes Naval Training Station in Illinois and played football under Paul Brown. After he got out of the Navy, he was drafted by the Minneapolis Lakers of the NBA and the Philadelphia Eagles of the NFL.

Grant played in the NBA for two years and won an NBA title in 1950. Then, he decided to play football again and led the Eagles in sacks his first year and was 2nd in the NFL in receiving yards during his second.

He left Philly during a contract dispute and went to the CFL where he played for the Winnipeg Blue Bombers and as a WR, led his conference in receptions in three of the next four years and in yardage twice.

From there he began his CFL coaching career and after a great ten year run, the Vikings lured him away to coach in the NFL.

Grant’s “Purple People Eaters” defensive units dominated the NFL for nearly a decade. After finishing fourth in the NFC Central in year one the Vikings won the division 11 of the next 13 years, including three Super Bowl appearances in four years from 1973 to 1976.

Just like the other best Super Bowl losing coaches we’ve covered, if Grant just wins a single Super Bowl like Brian Billick or Barry Switzer, he’s arguably the greatest coach ever because of his track record of almost endless success.

How frustrating would it be to win a championship as a player and get as close as conceivably possible as a coach four times and win nothing?

It would be enough to make a lot of us chain smoke the nights away in the following years, I’m sure.

Is Bud Grant the greatest coach to never win a Super Bowl?

Here are a few others that deserve consideration:

Most Versatile Defender in the NFL – An Interview with Terrell...