The Tampa Bay Super Bowl ring is some next level shit.

All Super Bowl rings throughout history are known for being opulent, framed by styles and expressions of wealth at that particular time in history.

Every year, Super Bowl rings get bigger and badder.

“They’re not so much rings, they’re more like trophies that you wear on your finger,” Tom Brady said in a video posted by the Buccaneers. “This is by far the most incredible ring that’s ever been made.”

But the Tampa Buccaneers Super Bowl ring 2021 has raised the stakes for whoever wins in 2022 and beyond. 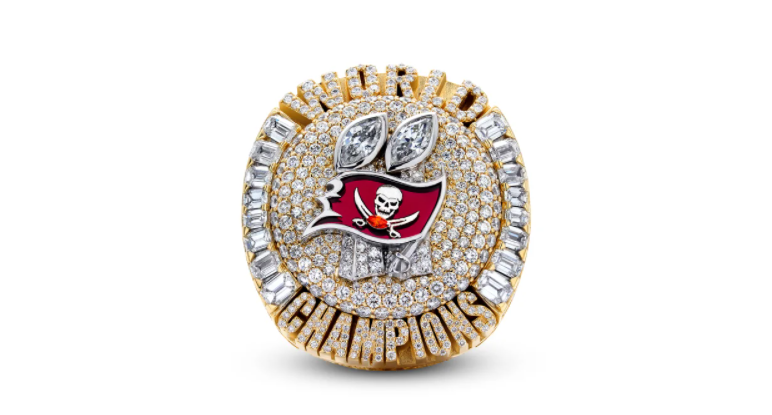 Here are some features of the Bucs Super Bowl Ring:

The Tampa Bay ring is incredible and I sincerely wonder how much it weighs.

NFL Players By College – What College Has The Most NFL Players?