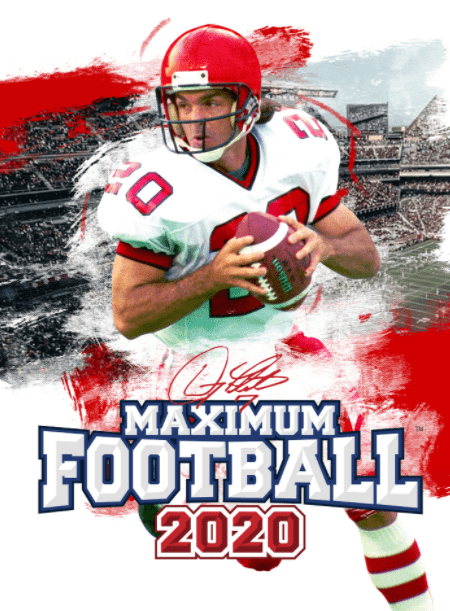 The name of the game may be “Doug Flutie’s Maximum Football 2020” but it easily could have been “Customize Every Single Thing Football 2020.”

Doug Flutie has always been known for late-game heroics and improbable victories. Now, he’s saving gamers by giving them an alternate title to live out what USED to happen in NCAA Football and the John Madden Football series, respectively.

Since bursting onto the scene with his hail mary aka “Hail Flutie” in 1984 to lead his Boston College team to an improbable victory over heavily favored University of Miami juggernaut, Heisman Trophy winner Flutie is known for comebacks.

The 5-10 QB and former first round draft pick went from USFL stud, to NFL washout, to 6 time CFL MVP and 3 time CFL champ, to NFL Pro Bowler and Comeback Player of the Year, to announcer.

I love the CFL (check out my article on the Best NFL Players That Played In The CFL) and until now have not had a game to play for years – and that’s including the CFL’s lame big-head NBA Jam style game for kids.

In a lot of ways Maximum Football 2020 is everything the Madden video game franchise used to be, but isn’t anymore, because it got more gimmicky (with things like Madden Ultimate Team aka MUT) while things like realism, customization, and gameplay declined.

Speaking of underdogs, lead developer David Winter used to work for EA Sports aka the Evil Empire and got so sick of the corporate mentality and inefficiency, left and started his own company. Until recently, he was the only one coding the game, which he describes here via YouTube.

Check out the hype video here:

That means there was a lot of room for improvement. The development team at Maximum Football 2019 listened to community feedback and built the 2020 version based on that.

From logo creation to absolutely every detail of the uniform (the angle of the stripe on your helmet) to a play designer to a 50 YEAR DYNASTY SETTING (!, and you can even pick the “atmosphere” of the stadium you are building for your team), to in-depth weekly recruiting, to both 11 man and 12 man rules (I LOVE YOU CFL!).

As a 40-year-old and Madden veteran, the thing that jumped out at me the most was the Play Designer – for both offense and defense. From the team who developed the game:

“”One of the most notable new features includes a full football Play Designer – a feature that hasn’t been seen on any video game consoles in over 10 years. The Play Designer incorporates the ability to create and customize both offensive and defensive custom plays. This allows gamers to take complete ownership of their team, their playbook, and their on-field results.”

Brand new “Customization Hub” to manage custom leagues, teams, and players. Choose from over 300 stock logos or create one with the logo editor.

Here is what people are saying:

Canadian Football League: You Had Me At “Beard”