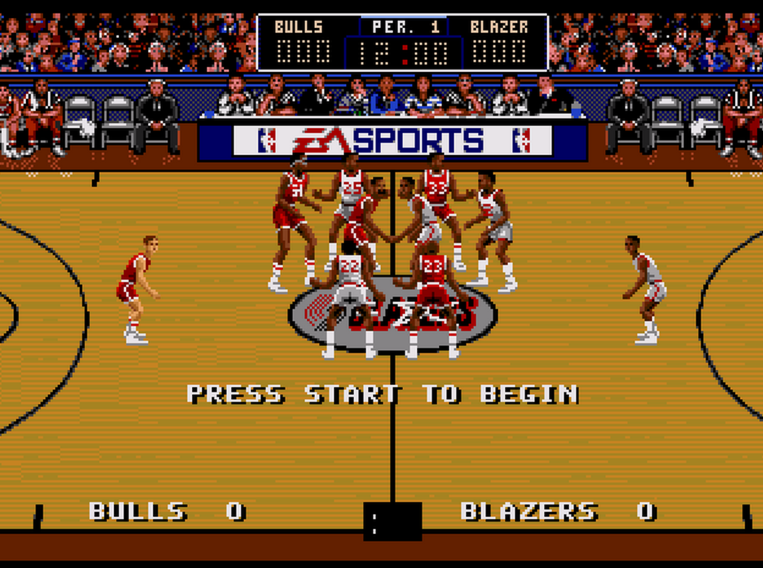 NBA video games have come a long way, baby. Today, you can design everything from the shoes a player will wear, to the baby momma he will hook up with.

I don’t have a PlayStation 3 or an Xbox. But don’t feel bad for me homeboy, because I’ve got an original NES and a Sega Genesis hooked up right now to a 15 inch TV (with a tube) sitting on a chair in my bedroom and I am LOVING IT. These games have gotten better with age.

Then again, I grew up in a grimy era, playing Double Dribble, keeping stats by hand, playing tournaments with friends when “Tournament Mode” hadn’t even been invented yet, SUNNNN!

Remember when Michael Jordan couldn’t be “Michael Jordan” in some games due to a licensing agreement issue? So you’d end up with a player named “Bulls Guard” with all his physical attributes (like “QB Eagles” in Tecmo Super Bowl) but it still wasn’t MJ. And neither was Pete Myers.

The NBA Live series changed the entire “game” so to speak because it was the best on all fronts the minute it dropped. But prior to NBA Live, what was the best? Here are the first five I can remember because I own them:

Bulls vs. Blazers and the NBA Playoffs 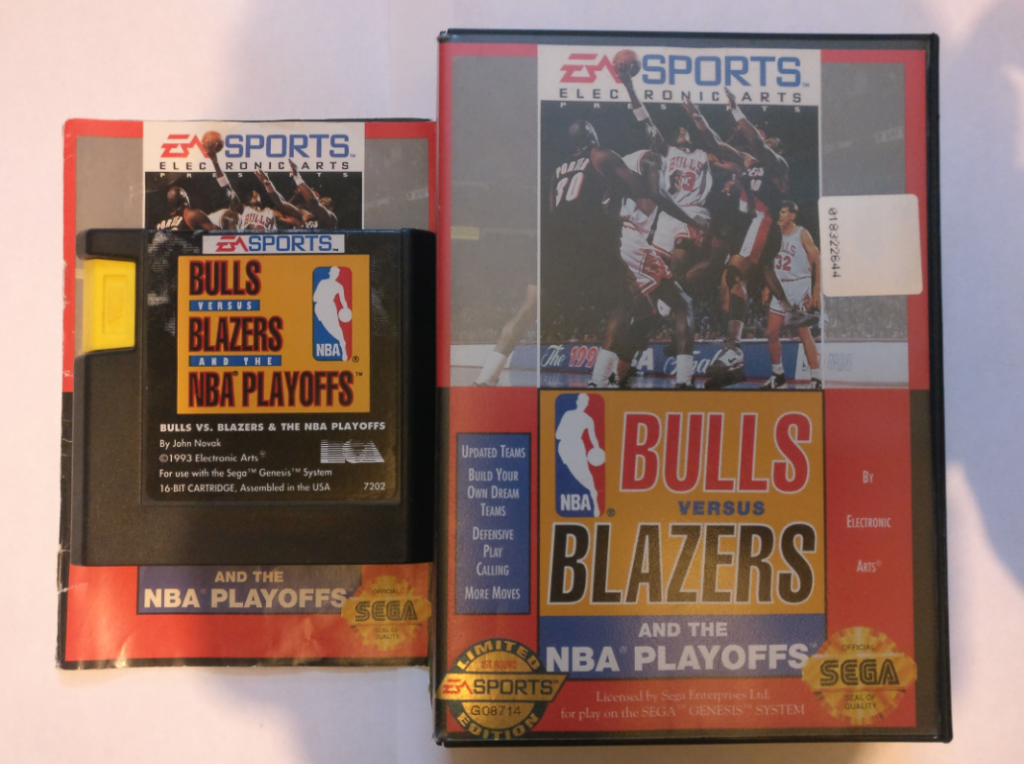 This….game…..is….so….slow. But we loved it anyway, just like your mom. For graphics and gameplay, it did what NBA Tecmo Basketball did for franchise mode. This was actually the third game in the series (preceded by Lakers vs. Celtics and Bulls vs. Lakers), but was the best because it was the height of the series.

There is some discussion about whether or not this game was the basis for the ensuing NBA Live series. I laughed so hard when I started a “Season” (which is actually just the playoffs) and it asked me for a password – when was the last time you had to enter a password? And it was always alphanumeric code, something you could never just remember.

Currently, I’m the Orlando Magic and I’ve got a three games to one lead over the Portland Trailblazers in the NBA Finals. Jerome Kersey has been a beast averaging 25.3 ppg, while Clyde has been shut down by the smothering D of Jeff Turner.
I played this game on the original Nintendo Entertainment System and on the Sega Genesis. Some say the gameplay leaves something to be desired here, but for stats, injuries, lineup changes, etc, this game set the early standard for “Franchise Mode” that all proceeding games emulated in some regard. Plus, it saved your season automatically – no password. That was life changing. 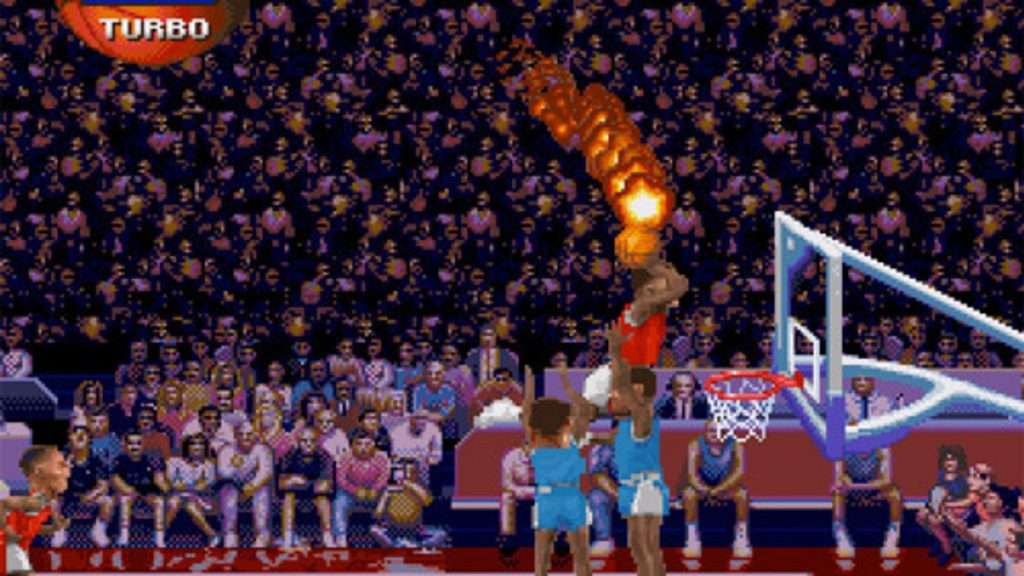 You know it, you love it, it made you into the man you are today. The ultimate arcade basketball game. When this came out on Genesis it was played nonstop at my house. And since you could only use three letters to create a user profile to track your progress, names like “ASS” and “FU” were overused at households across America in the early 90’s, at near epidemic type levels.

The screenshots of players dunking, or missing dunks between plays was mind-blowing at the time. If you knew the right spots to shoot from in this game, you could hit almost every shot. Graphics and gameplay were smoking every other sports game on the market, considering it was 1986 – there was just nothing else like this game for years.

This was arcade basketball that eventually evolved into NBA Jam because they were both developed by Midway. The main draw was that it was billed as “A Basket Brawl” where you could punch players to steal the ball and fans would throw cans and candy wrappers on the court. But the “Coup de gras” to other video games at the time was that you could shatter the backboard if you dunked on it enough; totally unprecedented.

Jordan Vs. Bird: One on One 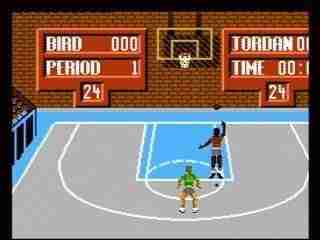 Released in 1988, could you even get two super studs of today’s NBA to collab on a video game? I’d play Kobe Bryant Vs. LeBron James if it existed. It was as simple as it sounds- the league’s two best players going head to head in an empty gym.Other than one one one you could take them head to head in a dunk contest and a three-point contest. This game was the precursor to another great old school game, NBA All-Star Challenge for the Game Boy and later, the Super Nintendo.

What games did I forget besides Magic Johnson’s Fast Break (which I omitted purposely because it sucked)?