If you’re a football fan like me, at certain points in your life you’ve probably heard about or seen electric football — but never tried it. You love fantasy football but what are you supposed to do in the offseason i.e. now?

You’ve lived thru the progression of the Madden Football franchise, from 3 buttons on the Sega Genesis to 800 of them on the latest systems and it feels more like work.

You spent full years of your life playing Tecmo Super Bowl and you will always love it, but it does not excite you anymore.

Tudor Games Electric Football is celebrating its 70th birthday. And in my 38 years on this earth I had never tried it until last week. Just looking at the game via a casual YouTube search and on a random NFL Films feature, I never understood it — it looks like complete chaos and a game left up to random chance. The board vibrates, the 22 players move around in some indiscernible way, and it looks like a real crap shoot.

But it really is a game of skill. The more time you spend playing it, the better you get. Which your spouse will naturally hate. Check out this video and tell me this doesn’t look awesome:

I received the Red Zone Electric Football game and it has been a big hit at my house. The skill and strategy you use in setting up your players will determine who wins. Here are a few things I learned thanks to the rule book and after playing it:

Human players are referred to as coaches. Yes, you can put that on your LinkedIn profile.

There is an insane amount of strategy. The plastic players movement is dictated by the positioning of small “cleats” made of plastic. Lineman wear big ones for more power and stability, while WRs/DBs wear small ones for speed, which makes them more susceptible to falling over on a tackle.

There is no metal in the game. I’m still amazed how light the field is and that the players are made of plastic.

You don’t need to plug it in. Two double a batteries power the entire setup. When you press the button on the side of the handheld remote control, two AA batteries make your Electric Football field vibrate. This vibration makes your players move on the field.  You control the amount of vibration with the speed control knob located on the remote control, which affects the speed of play.

You can call passing plays. You get 3 chances to flick a ball toward your WR and if it touches him, it’s a catch. You actually kick field goals as well.

You don’t need WiFi. This game is completely device free, though there is an app that is optional to use.

The hum of the board is mesmerizing. It really is.

Electric Football is a game you can really dig into, and you are only limited by your interest and imagination. There’s an entire market for custom designed Electric Football figures and other coaches recreate some of the most iconic plays and players in NFL history. Like this replica of Los Angeles Memorial Coliseum: 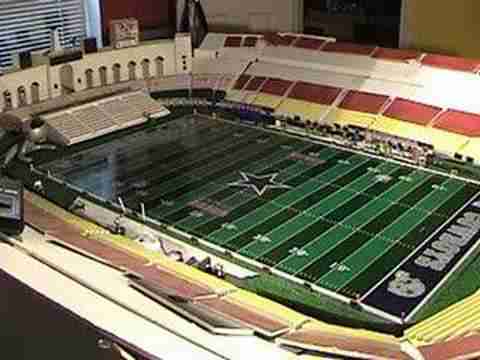 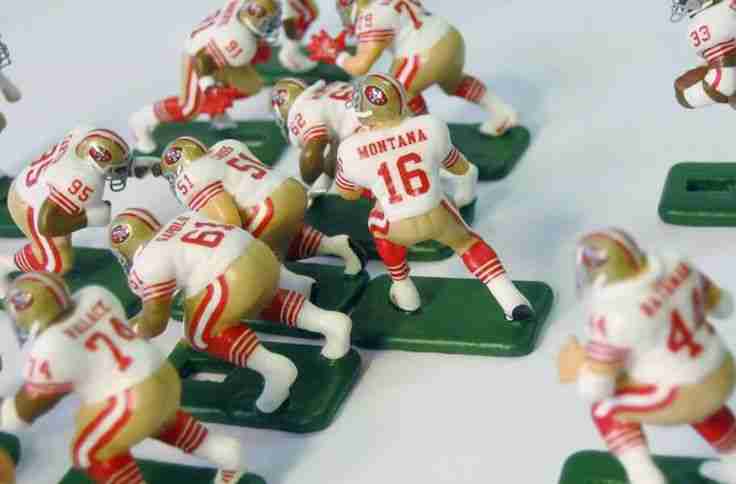 You can buy a team based version of the game with players (like this Chicago Bears set) and get everything you need.

What are you doing at your fantasy draft this year between picks besides telling mom jokes and talking about those “genius” free agent waiver wire moves you made to power your team to a 6-8 record and near playoff birth?

Electric Football is the perfect game for between picks. And, to play with your bros as you chill and disconnect from children, spouses, the entire outside world.

I’ve partnered with Tudor Games and am giving away this Red Zone Electric Football game for FREE! To win, Like my page and Comment with an answer to this question – who is the BEST QB of all-time? Each Comment counts as a vote so let’s hear who you love!

Speaking of love, here is some more content you will love: