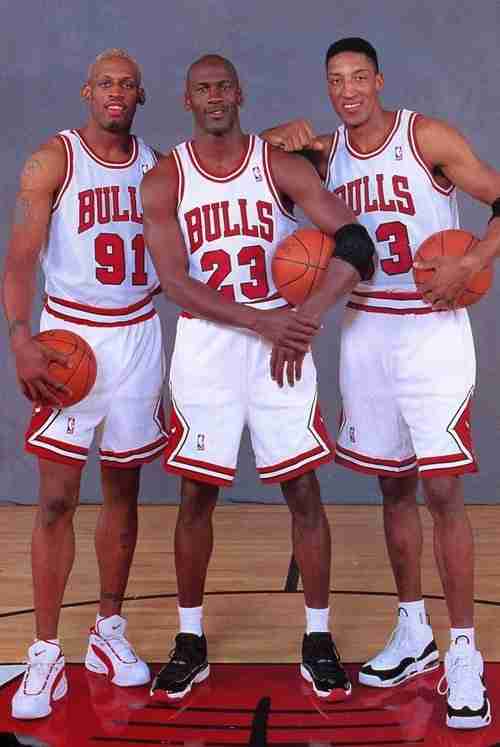 The accomplishments of the 1995-96 Bulls team that went 72-10 only get more amazing as time passes.

The victory over Washington earned the Bulls their 33rd road victory, the most ever in a season by an NBA team.

Chicago was ridiculously hot all year and consistent throughout. The Bulls finished the month of November with a 12-2 record but improved in each of the next two months, going 13-1 in December and 14-0 in January, running their record to 39-3 after three months.

In February, the Bulls ran their record to 41-3 and became the fastest NBA team to 41 wins, again besting the ’71-72 Lakers previous record.

After the incredible regular season, CHI didn’t cool off, going 15-3 in the playoffs for a combined total record of 87-13.

The Supersonics won three of those 13 games, while the Indiana Pacers were the only other team to beat them more than once that season, winning two games in the regular season by a total of five points.

During the same victory over Washington 17 years ago, Michael Jordan set an NBA record by winning his eighth NBA scoring title (breaking Wilt Chamberlain’s record of seven) after accumulating 2,491 points in 82 games for a 30.4 ppg average.

The 30+ ppg average was the last time Jordan would score 30+ points per game. And of the eight seasons he did score 30+, 30.4 was the second lowest- how many guys would KILL for a season like that?

Another interesting piece of statistical information for you about MJ. Entering ’95-’96, Jordan had made 303 of 987 attempts from beyond the arc in 10 seasons, hitting them .306% of the time.

It goes to show you why Jordan was great- even though he was the best ever, even already at that point, he worked on his weak areas until they were strengths.

With that kind of leadership and talent, it’s no wonder why that Bulls had the success they did.