The Kevin Durant Return game was circled on the calendar of every Thunder fan (See: ME) since the NBA schedule was released.

And even as early as July 4th when the idea of Kevin Durant’s first return trip to Oklahoma City was at its most infant stage. And we were not disappointed.

The hype leading up to this game has been built up with every quote, comment and even a few random social media posts that turned from innocent to dissected to fully embraced by an entire arena.

It was an absolute joy to be in attendance and take in the energy and vibrant enthusiasm as only a sporting event can bring.

We’ve all seen former players get booed in many sports but this scene and circumstance can only be compared to LeBron James’s first return to Cleveland back in 2014 after he took his talents to South Beach and the Miami Heat.

Much like Cavs fans then, Thunder fans were ready for this moment and gave Kevin Durant everything they had.

Excitement for the Kevin Durant Return Game began hours before the evening tip-off with Sports Center on the road outside of Chesapeake Energy Arena where fans took their creativity to another level.

This was a nationally televised, prime-time weekend prize fight of former teammates that have been under a microscope and interrogated like a season-long episode of CSI.

It’s also no coincidence this was placed a week after the Super Bowl or “Big Game” of the NFL.

This stage even brought out the stars of other sports like Floyd “Money” Mayweather.

Back to the boos.  They rained down on Durant from his entrance to the court, during warm-ups and throughout the entire game every time he touched the ball.

It’s conceivable that even his headphones were tampered with. Usher’s “My Boo” was on repeat during his shoot around — you get the gist.

See my LIVE look from OKC below: 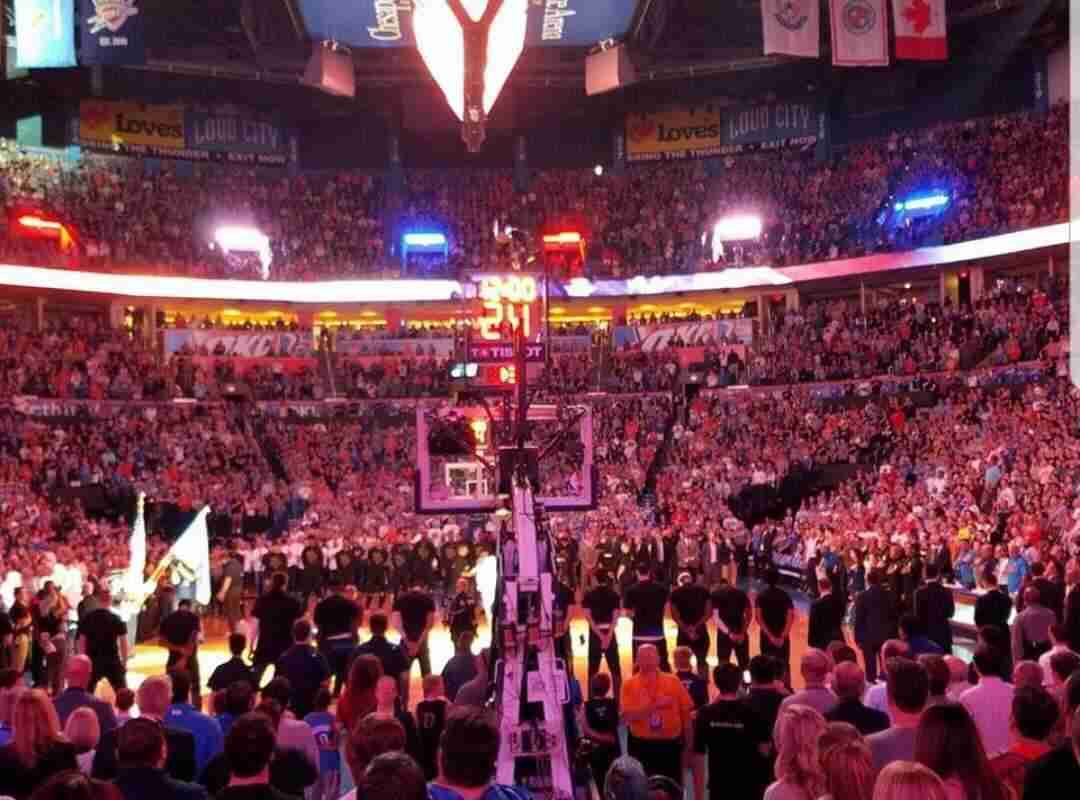 Though the actual game was not exactly competitive after Westbrook exited the game towards the end of the first quarter with the score tied 22-22 for his standard rest, the game had several “chippy” moments which stirred the pot that much more.

The Kevin Durant Return Game had it all – hype, drama, hard screens, screens blown up, hard fouls, three technical fouls from a skirmish between Kevin Durant and Andre Roberson.

The most celebrated jump ball ever between Durant and Westbrook and towards the end of the third quarter.

The pot finally boiled over when Durant and Westbrook put on a trash-talking display at center court. 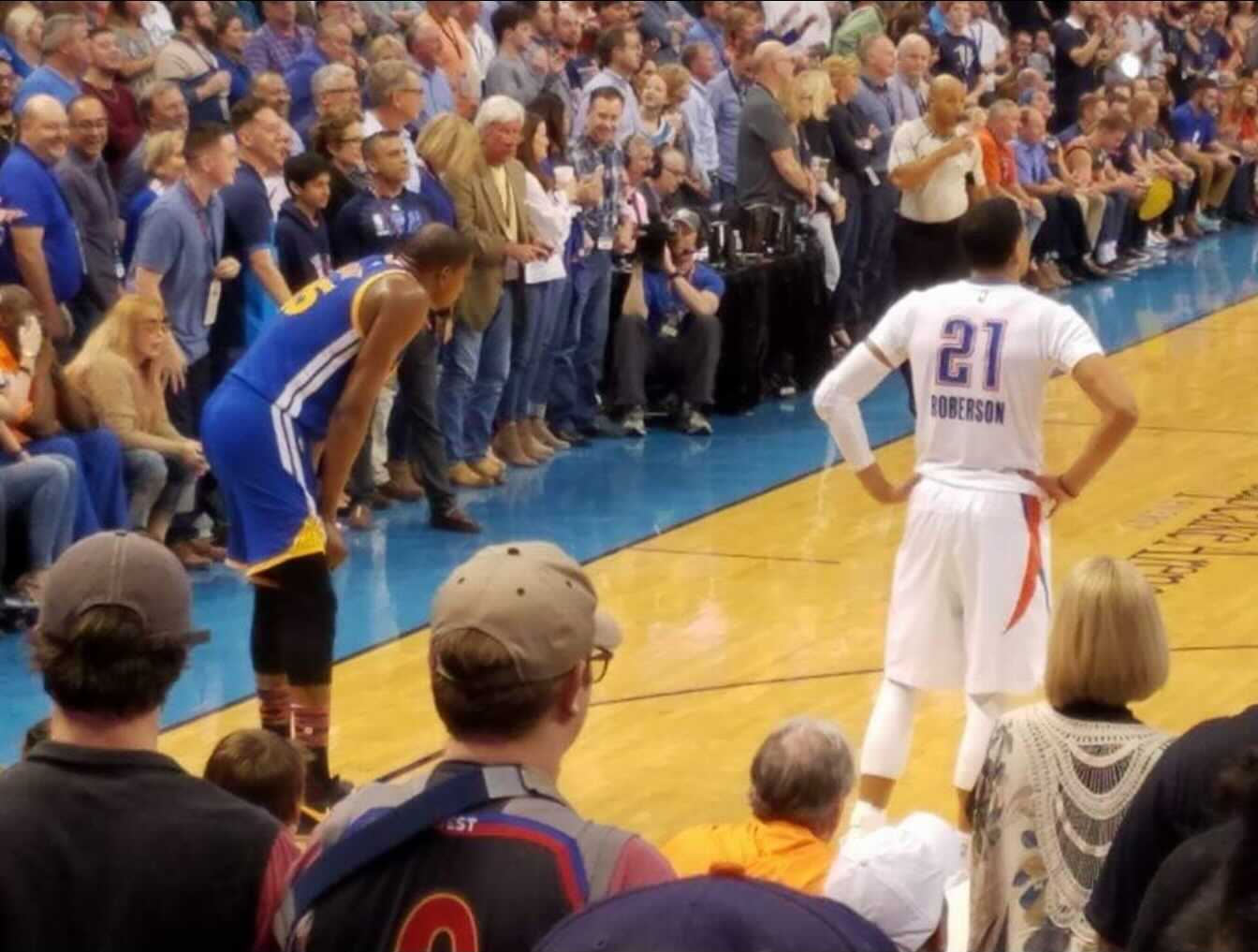 But on this night the stage was bright and like gladiators at the coliseum of Rome, the NBA won the crowd.

Next weekend, the NBA All-Star game in New Orleans.  This is where we will find Russell Westbrook joining Kevin Durant, Stephen Curry, Klay Thompson and Draymond Green on the same team…what could possibly go wrong?