In the first 15 minutes at the official after party of the 2016 ESPYS, I shook Richard Sherman’s hand, met former Lakers’ player/coach Byron Scott and told him he got a raw deal after his recent firing, and got a selfie with former Detroit Pistons “Bad Boy” John Salley. “The Spider’s” body was MADE for selfies:

What gave me the confidence to walk up to NFL Hall of Fame offensive lineman Jonathan Ogden and ask him to “make me look as small as possible””?

The Old Spice #SmellEm Style session prior to the event.

As part of the launch for two new spots for the new “Smell ‘Em Who’s Boss” campaign (and two new Old Spice Guys: Swagger Guy and Desperado Guy), Old Spice set me up with a one-on-one style sesh with celebrity stylist Nicole Schneider.

She made style decisions FOR ME (like the high water pants that were so tight my bulge looked tremendous), so that I could avoid the heat of making them myself.

Plus, having attended the ESPYS before, I knew how hot it would be on the red carpet. The additional airflow was CHOICE. Particularly when I slid thru security to enter the red carpet:

I’m not going to lie to you guys; the actual ESPY Awards were way too serious for my tastes. But, I snapped a couple of images to give you the vibe: 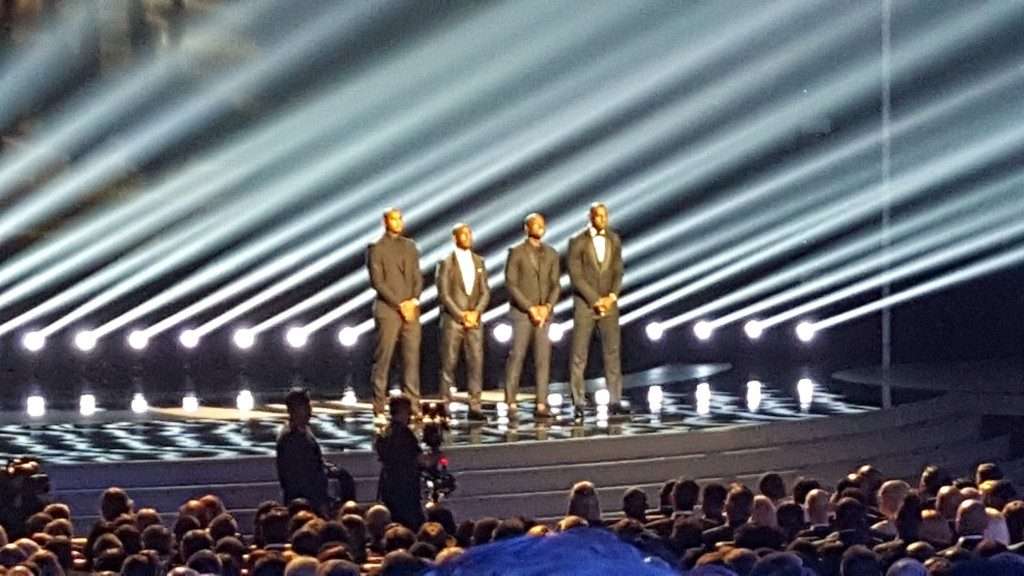 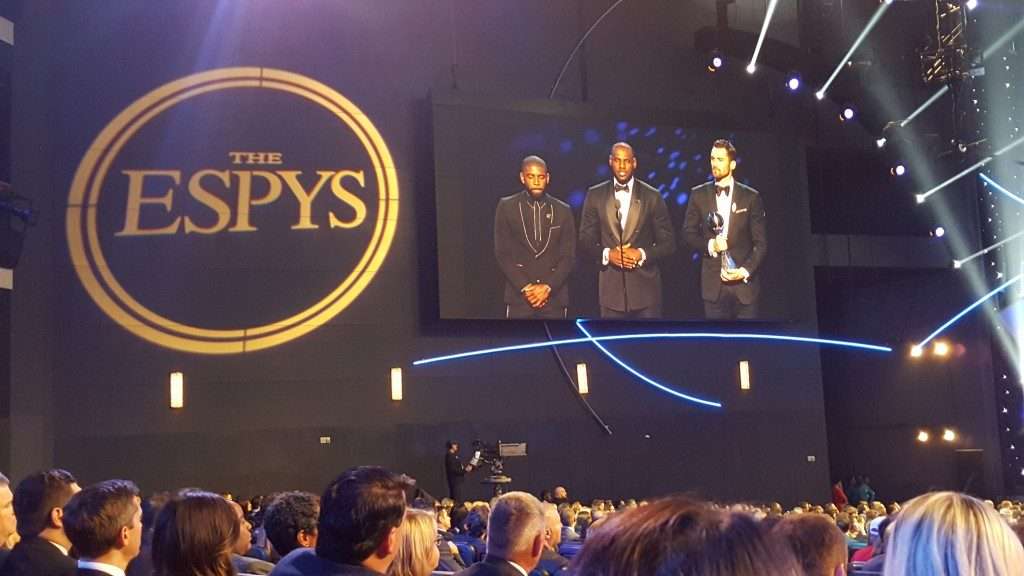 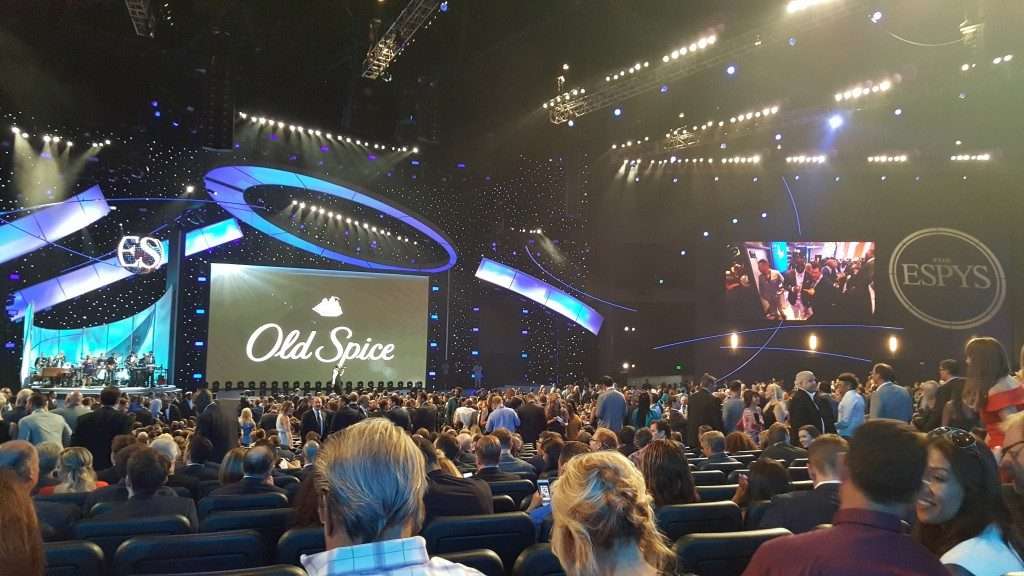 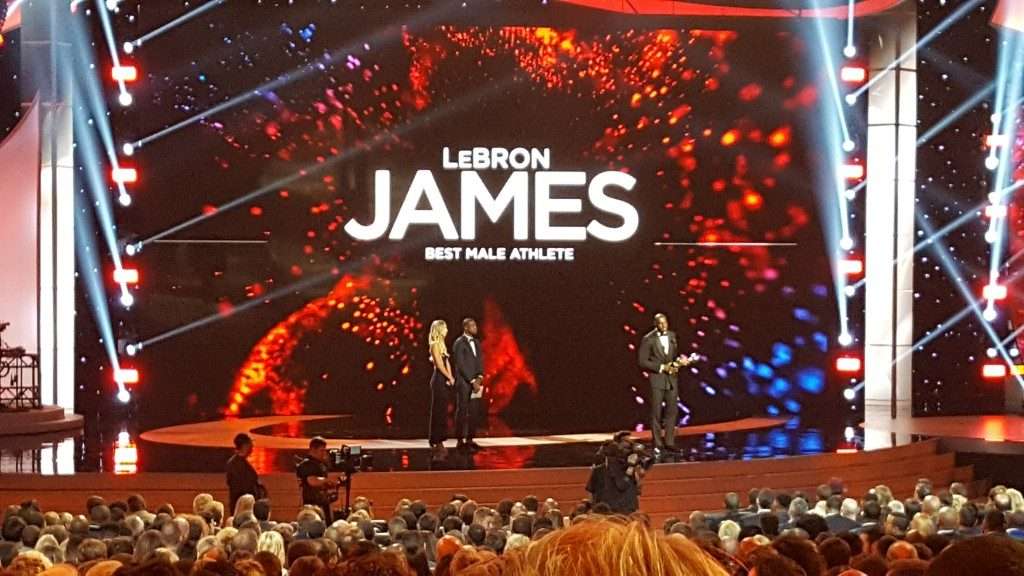 The after party made the experience. Here’s ESPN’s Marcellus Wiley DJing for the crowd:

What better way to end the experience than a GIF with Old Spice Guy Isaiah Mustafa and Joe from Joe’s Daily?

Perfect ending to a phenomenal experience.

Here’s some more stuff you should read while you’re here:

2 thoughts on “#SmellEm If You Got ’Em! All-Access At ESPYS And After Party”