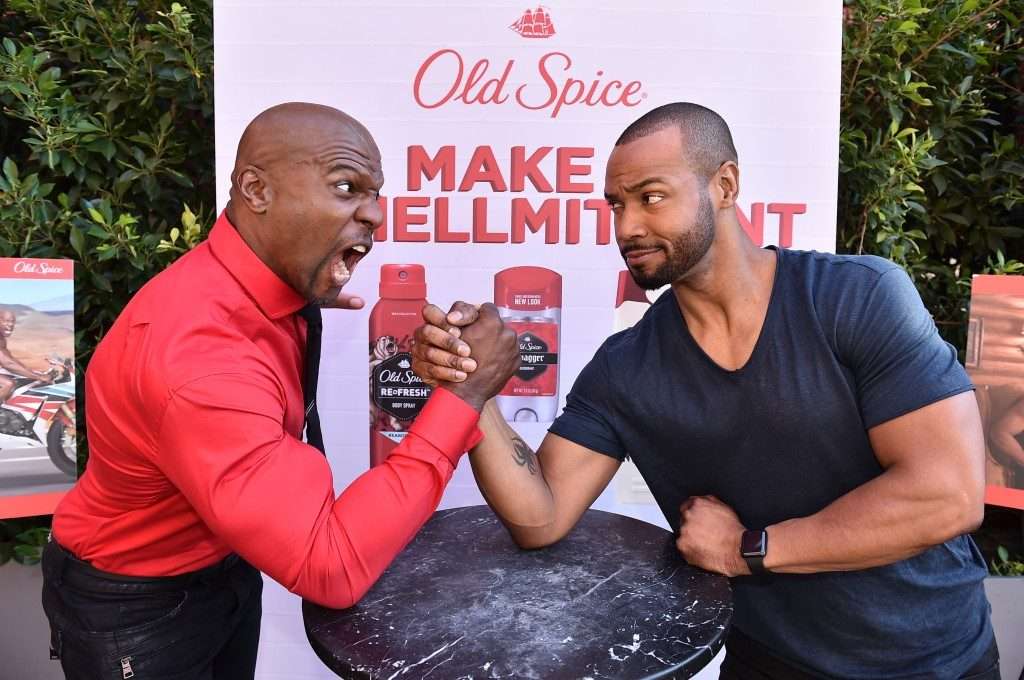 When braving the untamed wilderness of manhood there are many pitfalls and natural predators. The greatest of all? Your own body odor. The only thing worse than smelling bad is not knowing you smell bad. So for us guys who are too busy, unconcerned or stupid to realize it, Old Spice has your back (and underarms, and banus) thanks to the Old Spice Fresh Collection.

The Original Scent of Old Spice “High Endurance” body wash or deodorant has been a staple of many a man’s self-cleaning regiment for years. Mainly because of the great smell; for years chicks have been complementing me on my “cologne” and for years it’s been nothing but Old Spice deodorant, baby. And though Old Spice has been around for years, it isn’t just for your old man, man. Because it isn’t made for faceless/nameless guys who want to smell like a bar of soap. It’s for men whose identity screams “I know the Heimlich and can deliver a baby; and I did both before noon today, damn it!”

The collection of scents, comprised of some of the best odors on the planet, are “inspired by the freshest places on earth”. And though these places are uncommon and difficult to get to, Old Spice has made it easy (and cheap) to take the essence of these places and cram them into your nose holes. Five places from around the world are featured as both a body wash and a deodorant; Fiji, Matterhorn, Denali, Cyprus and Komodo.

Because I was a fan of the “High Endurance” line of the body wash and deodorant, my favorite was Matterhorn because it was like the original scent, except, just like the amplifiers for the band “Spinal Tap”, Matterhorn “goes up to eleven.” When you need that “little extra push over the cliff” both scent and feel were potent, but not “over the top.”

My least favorite scent in the Old Spice Fresh Collection was Komodo; it was just too subtle and didn’t deliver the strong punch to the nostrils that I enjoy. But that’s what Old Spice did right with all five of the aforementioned scents; if you want something a little more subtle than Matterhorn all five of the scents are easily distinguished and noticeably different, just like the men who use them.

Denali was my second favorite, marketed as smelling like “wilderness, open air and freedom.” Sure, it sounds ridiculous but is it any more ridiculous than a congressman with the last name of “Weiner” sending pictures of his unit to unsuspecting babes? If that can happen, then why can’t a deodorant/body wash actually smell like those things?

One more thing worth noting is the cost of any of the available scents. At $4.29 for a stick of deodorant or $3.99 for a bottle of body wash it’s cheaper than other leading brand names like Right Guard or Axe.

So “Axe” yourself a question; do you want to smell like a man, man? With Father’s Day right around the corner, pick up a bottle from the Old Spice Fresh Collection and watch your father inhale the initial scent and wistfully remember that time he slayed the local babes on the island of Cyprus. Your mom wasn’t his first.