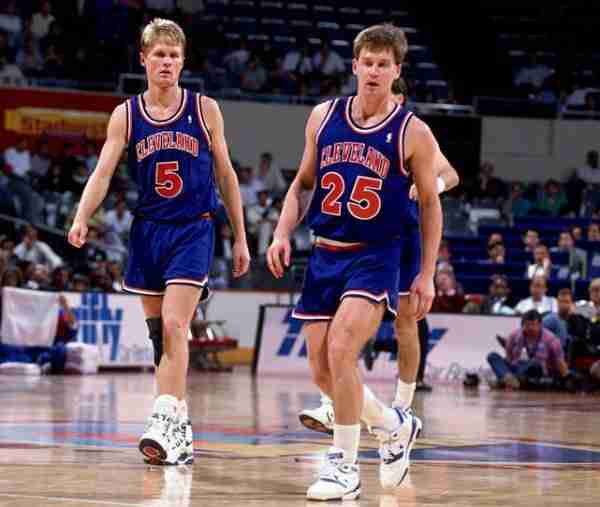 Who else besides the following five players even deserves consideration? You can read part one here and part two here. Who is the purest three point shooter of the 90s?

Steve Kerr– Was there ever a more one dimensional player who completely maxed out his potential thanks to being in the right place at the right time so frequently? On the court, he always found a way to get open looks and for his career converted the best percentage from deep in NBA history at .454%. Off of it, he deftly maneuvered himself between teams as easily as he found open shots, joining the Spurs for their 1999 championship after winning three consecutive with the Bulls, becoming the only player to win four consecutive titles that wasn’t a Celtic in NBA history.  His .524 percentage in 94-95 is the single season NBA record.

Dana Barros– Dana B’s three point release had to be one of the quickest ever out of necessity, because he was only 5-11 (arguably) tall. Barros set an NBA record by making a three pointer in 89 consecutive games. He hit at least 40% of his three point attempts for eight straight seasons and led the NBA in three point percentage in 91-92 by hitting .446%. Barros’ single season career high was .464% (on 425 attempts or five a game) but amazingly finished third behind Detlef Schrempf and Steve Kerr that season. His .411% average for his career is 14th best in NBA history.

Dale Ellis– Ellis’s line drive three point shot was singular and distinct, making the fifth most three pointers in NBA history but was second upon his retirement. His .464% in 97-98 led the league. His career single season high percentage was .478% during the 88-89 season which was second best in the league that year even though he took and made the second most threes in the league. His .403% average from downtown for his career is 24th in NBA history.