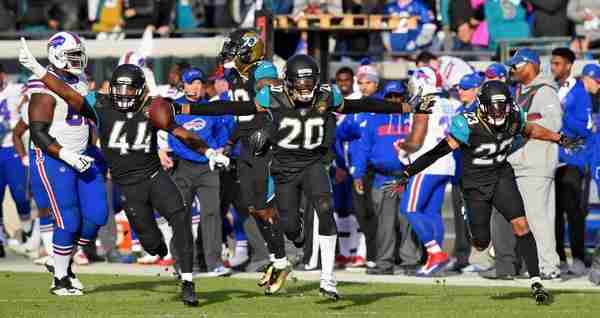 Note: I did this interview the morning of the 2016 NFL Draft.

What’s it like to sit down in a meeting with New Orleans Saints coach Sean Payton and sell yourself? How do you convince Dallas Cowboys owner Jerry Jones that he should put several million dollars of his money directly into your pocket?

For football fans, the only insight into the life of an NFL prospect in the days leading up to the draft are quick blurbs and video highlights of “news-worthy” items. But for All-American cornerback Ramsey and All-Pac-12 linebacker Jack, they are living it all day, every day.

The process of transitioning from stud college football players to first round draft picks began for Ramsey and Jack after the final college game of the 2015 season – and will not end until the NFL Draft begins on April 28th.

How have they dealt with the pressure and endless speculation? Ramsey and Jack teamed up with Speed Stick’s Coach #Speedman (Office Space and Scrubs star John C. McGinley) who showed them how to take all the preparation they’ve done and ram it down self-doubt’s throat.

I spoke to Jalen and Myles and asked them what the draft process is really like behind the scenes, about viewing NFL icons as potential employers, and performing under the most intense pressure imaginable.

Myles Jack: The way the Combine works, most definitely. People don’t realize how many meetings you have to go through, how much sleep you don’t get. You have to be this place, then that place and get in time to train between meetings.

To meet these coaches…you’ve got to be honest with them. They ask about mistakes you’ve made and you have to be a man and tell them what you have and have not done. And, you have to tell them why they should draft you. That’s big pressure because that’s life-changing. To have to sell yourself; that’s a lot of pressure. You have to step into a man’s world.

Jaylen Ramsey: The biggest misconception people have is the what overall Combine experience actually consists of. All everybody sees is the 40-yard dash and the vertical jump, the broad jump, and some field drills. But like Myles said, it is way more than that. The on-field stuff is really the last part of it. By the time we’re actually on the field, we are just worn out.

What’s it like to meet NFL coaches and notable personnel people and view them as potential employers?

MJ: The most enjoyable part of the Combine was actually seeing coaches that you’d grown up watching on TV. And now, they’re face to face with you! For example, being in a meeting with Sean Payton, or (Denver Broncos Defensive Coordinator) Wade Phillips. It’s a surreal moment to be sitting there and think, “Wow, this man could be coaching you.” It’s cool, it’s actually really cool.

JR: I think people mistake confidence as arrogance and cockiness. Being an elite football player and a potential top draft pick you have to play with confidence on the field. And that’s something you notice when you meet all these guys you grew up watching, like Myles mentioned. They all have that. You have to believe that you’re the best. That the best team should pick you and want you on their team. It’s a mindset you have to have and it can rub people the wrong way. And they can sometimes perceive that as arrogance. But at the end of the day, we know who we are as people, we know the support system we have around us, and we remain humble.

Describe what a pre-draft meeting with an NFL team actually consists of.

MJ: At the Combine and all the individual team meetings, the setting is more business-like. You’re going into meetings where you’ve got the owner, the GM, the head coach, all the coaching staff and all their families. And you’re going into the situation where it’s just you.

JR – There’s a whole business side to it. You kind of knew it was coming, but now you’re facing it first hand for the first time in your life. So you’ve got to switch up your mentality. But at the same time enjoy it. For me, going from high school and college to the Draft, you definitely dream of it but it comes up fast. Now, it’s right in your face. I didn’t even realize that we’re a week away from the draft. I’ve just been going through life from place to place, team to team. I’ve been travelling everywhere and I am thankful for that.

In college, you both played on the absolute biggest stages. In the biggest games – BCS National Championship, bowl games — at the height of your sport. How were you able to perform in front of thousands of people at the stadium, millions more on TV and via the internet, and not let the pressure affect your performance?

MJ: It’s just what you do. If you’re a writer, you write. If you’re the trash man, you’re the trash man. You just go out there and do your job – it’s second nature. You’re not worried about what the fan is screaming when you go back to the sideline and take your helmet off. You just focus on what’s happening on the field. And you just kind of get into a zone and do what you do. There’s really no pressure. I’ve always looked forward to the biggest games. The ESPN games when you’re playing ranked teams. There’s no pressure because that’s what you’re trained for and you’ve worked hard. All your preparation should alleviate all that pressure.

JR: At the end of the day, you kind of keep in your head the people screaming at you are fans for a reason. They’re in the bleachers and we’re out on the field doing what we do. We know what we need to do and sometimes we make mistakes, just like anybody else. We know what those mistakes are before any fan has to tell us what they are. We just focus on what we have to do on a play-by-play basis. And enjoy it. Enjoy being on the field, playing the game we love with our friends. We’ve worked hard for a lot of years just to even be on the field in the first place.