I am completely unbiased, unlike the ESPN Fantasy Football Ratings. Here are some unsullied fantasy football sleepers, backed by years of excellence.

No favorites, no payola. Just a man looking at fantasy rags and seeing gaps. Logic.

And, wanting to beat all my scumbag friends in our league again and go back-to-back on these HoseHounds.

Below I’ve listed fantasy football sleepers for 2021 at each position.

I’ve also included the current ESPN fantasy football ratings for that player. Which are way off in every case.

Parameters: Drafting the best fantasy football running backs is all about probability and risk/reward.

Who has the best depth chart scenario?

Who is the goal line back (Zack Crockett/Jerome Bettis goalline vulture type)?

Who is dual threat?

RBBC That I’m Staying The Hell Away From:

49ers – Death Trap, they just recycle dudes off a running back scrap heap, like Mike Shanahan used to do in Denver. Google “Mike Ball.” Thank me in your Will.

After cutting the RB pool by about 1/3, here are the best fantasy football sleeper running backs in 2021:

I just don’t understand why this guy is so undervalued. In the last 1/3 of 2020, he buoyed my fantasy team to a title. A workhorse, as both a ball-carrier and receiver. Red zone target. No clear challenger, Damian Williams could actually help his production. Ascending.

If you draft Chubb early, you HAVE to reach to get Hunt. Chubb and Hunt have been so productive, they are potentially worthy of being started each week.

He reminds me of Kareem Hunt/Hunt reminds me of Mike Davis. A major waiver-wire find in 2020. After McCaffery’s Week 2 injury, solid consistent production. Has produced everywhere he’s been — Seattle, Chicago, Carolina — and should now in Atlanta.

In his first real opportunity to start during his NFL career, Davis posted 642 rushing yards and 6 touchdowns last year. He also had 59 catches for 373 yards. Davis posted 1,015 yards from scrimmage and 8 touchdowns while playing in 15 games, 12 of which he started. ATL has no clear cut #1 and it should be him.

(Note: this was published 2 weeks before Etienne’s SZN ender, obvious that increases his value)

It’s like everyone wants to forget what he did last year. An “Inconvenient Truth” Is that he rushed for $1,000+ yards last season as an undrafted free agent on a bad team.

I think him and Clifford Etienne can co-exist. It is being viewed as a cannibalistic situation when it could prove mutually beneficial. (See Chubb + Hunt earlier).

Robinson is the fourth undrafted player in NFL history to rush for 1,000 yards in his rookie season, following Dominic Rhodes, LeGarrette Blount, and Phillip Lindsay.

There’s just too much value to ignore.

Edwards is the absolute model of consistency:

Ravens are committed to the run. Even if Edwards is #2, still valuable in terms of flex production, he was 21st in rushing yards in the entire NFL in 2020. Which is one of a multitude of reasons he is the most underrated RB in all of fantasy football heading into 2021.

He just brought a different energy to the offense in 2020. It was palpable. Zeke didn’t have that kind of juice all year.

I couldn’t believe what I was seeing out of Marlon Mack in 2019. A prototype between the tackles, big bodied RB with breakaway speed.

Still young. Who knows what the Colts offense will be after the Wentz injury, and how Hines and Taylor will be used? Late round flier.

Perfect compliment to David Montgomery. Like Chester Taylor was for Matt Forte about 12 years ago.

The reigning MVP relegated to 8th amongst QBs? “R-E-L-A-X.” Rodgers will be fantastic and probably end in the top 3 amongst QB scoring. Hey, I’m a Bears fan and don’t like him either, but I am also a realist.

Brady at 9 in THAT offense? I’ll take my chances!

Urban Meyer and the Jags are going to do absolutely everything for him to succeed.  DJ Chark, Marvin Jones, and Phillip Dorsett on the outside gives him veteran receiving options.

How long will he be slept on? What does he have to do to eschew the injury tag? 13 TUDS in 16 games in 2020. He is absolutely Tom Brady’s primary redzone target. 18 targets, 11 receptions, NINE TD led the Bucs in all categories.

160 targets in 2020 was 5th in NFL. Sure, the Steelers purportedly want to run the ball more with Najee Harris, but I think that will open up the passing game. Plus, JuJu and Chase Claypool open open the offense for everyone.

Reconnecting with Sam Darnold, with whom Anderson had his most productive seasons, should be good. Plus, Carolina used him in a more diverse way than Adam Gase and the Jets ever dreamed, leading to 136 targets (15th most, more than Amari Cooper), 95 receptions (10th most), 1,096 receiving yards (15th most).

Everywhere he goes, he puts up NUMS. ANd as the de facto #1 in Jacksonville, he’s worth a late round stash.

Redzone target king. Led Phins with 14 targets, 5 receptions, 5 TD. On fire for last 6 weeks of the season when he established chemistry with Tua Tagovailoa’s.

Russell Wilson’s latest weapon at TE, Everett is immediately the #1 in an offense that likes to use the TE frequently. Between Hollister and Greg Olsen, SEA targeted the tight end 12 times in 2020, one less than leader Tyler Lockett (13) and two more than DK Metcalf (10).

Over the last two years as the Rams backup TE, Everett averaged 3 receptions a game and accumulated 400+ yards and at least 38 receptions in each of last two seasons.

Matt Ryan, Calvin Ridley, Kyle Pitts = a lot of intermediate throwing this year. A productive offense. Worth the reach.

Prater has made 6 kicks of 50+ yards in four of the past 5 seasons. Prater nailed a 59-yarder in 2020. Moving from Detroit to the Cardinals high-powered offense and kicking indoors means he should continue to kick ass.

Sixth most sacks and 5th most INT. 3 TDs tied for 3rd-most. The other NFC East offenses should be crappy again. And the unit is lead by defensive minded HC Ron Rivera and former defensive stud Jack Del Rio as DC.

The RAMS d, with two Madden 99 Club members, and the highest scoring fantasy football defense in 2020 at eight?

Ridiculously low. Great defense in RL as well as fantasy. 3rd in DST points in 2020, 5 defensive TD lead the league. 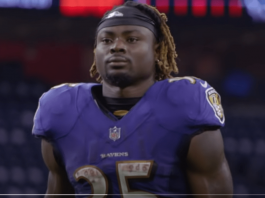 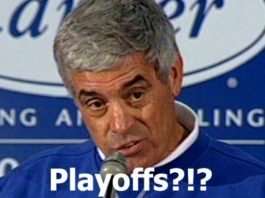 Andre Johnson Is A 12 Month CD With Flat .50% Interest 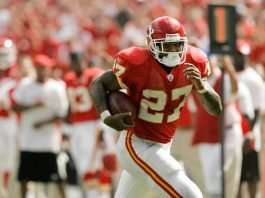