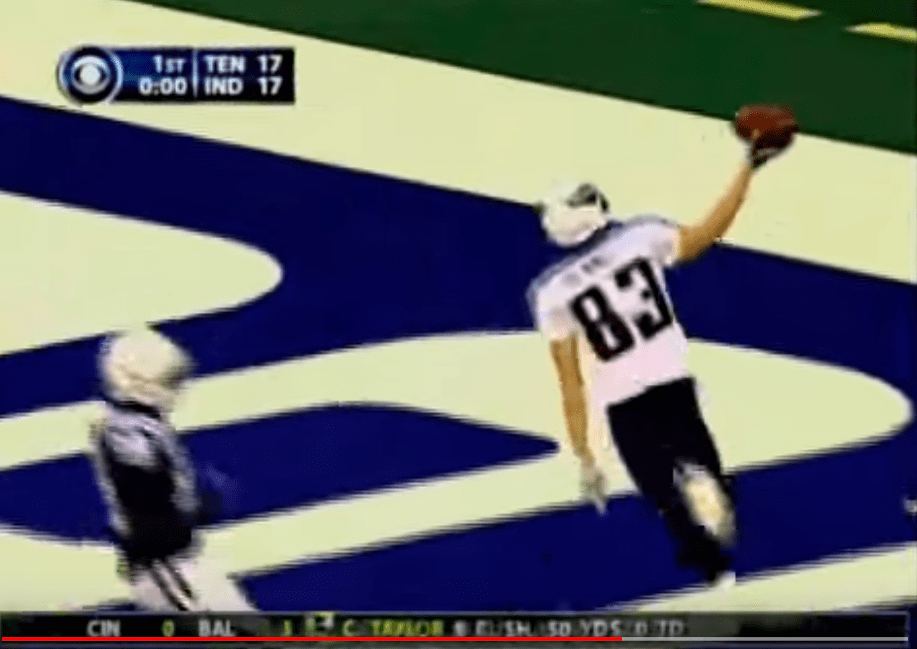 Watching the Great Weird Titans Playoff Run of 2020 reminds me of another equally unexpected, equally weird run in Titans history.

The 2004 run that QB Billy Volek and WR Drew Bennett went on over the last 11 games of the season.

It no doubt was responsible for many a fantasy football championships that year. And presumably many unplanned babies from the suddenly fruitful owners that owned one, or both, of these guys.

Bennett was as unlikely a candidate to go on an 11-game terror as was his counterpart at quarterback Volek.

After an injury to starting QB Steve McNair, Volek took the helm.

In eight starts, he threw for 2,785 yards, 18 TD and 7 INTs. He became only the fourth quarterback in NFL history—along with Dan Marino, Dan Fouts, and Phil Simms —to pass for over 400 yards in two consecutive games.

Volek set the record for passing yards in back to back games with 918. 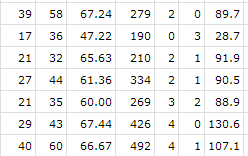 Volek’s explosion (or “sudden eruption” as Mrs. Volek calls it) got everyone’s juices flowing. “Imagine if he started for an entire season,” thought countless league GMs.

But Volek never would.

He was eventually traded to the San Diego Chargers where he backed up Philip Rivers for five seasons, though he did score the game-winning touchdown in the 2007 AFC Divisional Playoffs to send the Chargers to the AFC Championship.

As trigger man for the most lethal QB/WR combo of 2004, he is historically overshadowed by the performance of Drew Bennett.

Here’s a quick taste of their potency:

It was like that, every game, for two months.

Bennett tied an NFL record by scoring eight touchdowns in a three-game span, 11 in 11 games. He even threw a 26-yard TUD to Derrick Mason.

Check out his wicked three game stretch from Week 12 to Week 14:

You had to see the Volek/Bennett connection in 2004 to absorb the full weirdness, the abrupt deep TUDS, the completely unexpected video game-like antics.

Drew Bennett and Billy Volek were just like Hall and Oates; they were nothing without each other.

This weekend we will find out if the Titans can bulldoze their way into the Super Bowl in a similar, completely unexpected fashion.