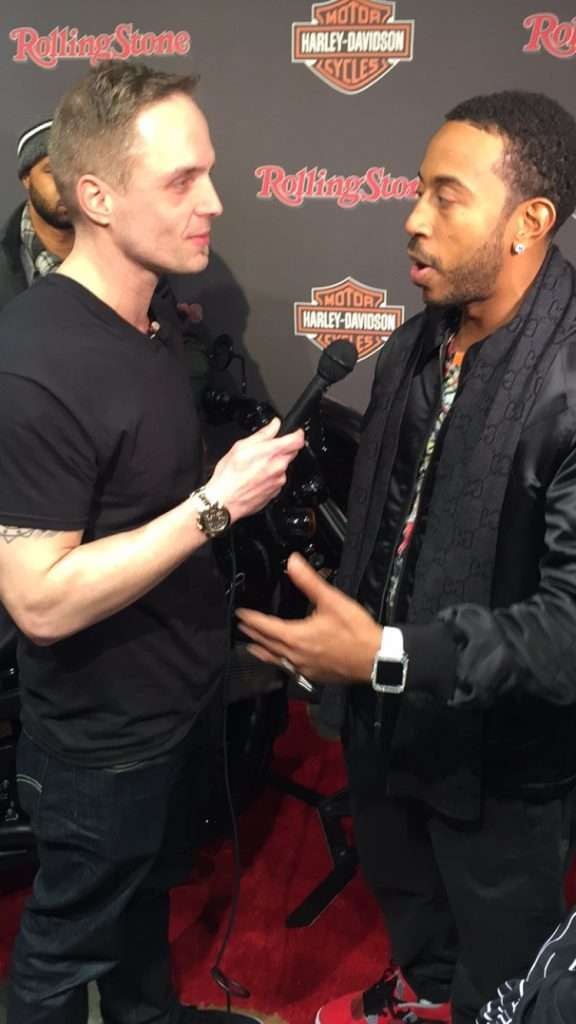 Ludacris is the personification of confidence. And at this point in his career, he’s earned every drop.

As a rapper, he’s sold over 24 million albums worldwide and won both Billboard Music Awards and Grammy Awards. As an actor, he’s won a Screen Actors Guild Award and a Critic’s Choice Movie Award.

With success comes confidence. But how do you develop confidence in the first place? And how do you avoid arrogance after experiencing success?

Luda teamed up with Harley Davidson for the “Tear Up The Red Carpet” party during New York Fashion Week to reveal HD’s Black Label Collection clothing line and give us his insight.

“I think that blessing others is probably the best thing, and where mine (confidence) comes from. It always puts a smile on my face when I am able to do something for others. I make it a point every day to try and make someone else smile. And in turn, it makes me smile.”

“I just never forget that I’m very blessed to get to have the type of job that I do, on stage performing and making a living off of it. Being able to feed my family from what I absolutely love, what people would kill to do. So, I never take that for granted, and I just continue to make everybody proud.”

The mix of positive attitude and confidence helped Luda transition from being one of the most successful rappers of all-time to acting. His portrayal of street racer Tej Parker in The Fast and the Furious helped make the series the biggest franchise in the history of Universal Pictures.

“No, I never knew that (it would be that big). After doing part two, which is the first one I was in, I never knew it would be, and go as far as it is now. I only got involved when (director) John Singleton asked me to try out for a part, so I never was even, you know, understanding the whole movie and Hollywood game until he asked me to do that. And I did it, got the part, and loved it ever since.”

At the event, Harley Davidson unveiled two new bikes — the Low Rider S and the CVO Pro Street Breakout — and the event culminated with a high energy set from Ludacris that included classic hits like “Area Codes,” “Rollout” and “What’s Your Fantasy?”

After so much success at the highest levels, how does Ludacris avoid crossing the thin line from confidence to arrogance? What erodes confidence or limits performance?

“I really think that it is ego. People have to continue to understand it’s not about themselves, that it’s about something bigger, it’s about being in touch with your higher self and there’s no room for ego whatsoever, whenever you’re talking about stuff like that.

“You gotta live more in the moment. Ego is living in the past, or living in the future. Live right now, there is no ego involved.”