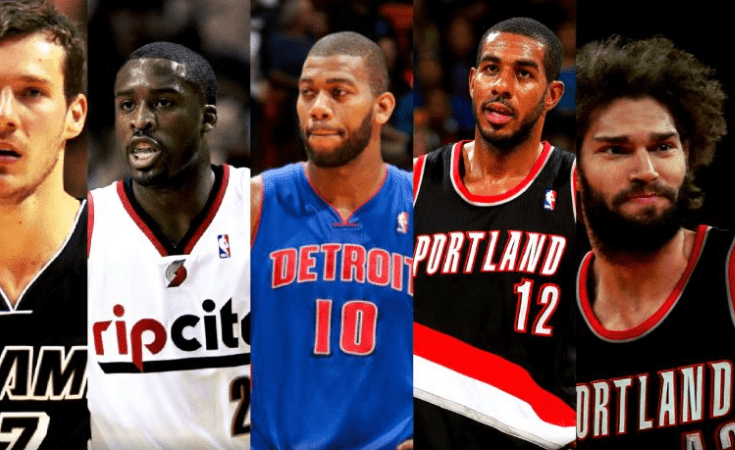 Here is a quick look at the best 2015 NBA Free Agents by position.

As the clock strikes midnight, the feeding frenzy that is NBA free agency will be upon us.

The talented Dragic will likely stay put in South Beach.

Young and talented, Jackson played himself into some big $ after arriving in Motown.

A good fit in Phoenix, retaining Knight should be a priority. He will have no shortage of suitors

Bulls have offered a 5 year max deal as well as a 1 year 4.5 qualifying offer that would make Butler an unrestricted FA in 2016, ball is in Jimmy’s court.

The Heat legend will test the market, does not seem to be robust market for an aging SG with balky knees. Would fit great with a contender.

A scorer who had a lost season in Dallas, will have a bevy of interest.

The big man from Spain will only negotiate with the Grizzlies. A done deal.

The defensive dynamo and rebound machine will have no shortage interest. The Mavericks and Lakers seem to be the frontrunners.

Ideal big man for “small ball”, Monroe can also bang in the paint. Dude will get paid.

The best player in the universe is NOT going anywhere. Just maximizing his earning potential

The future of the Spurs is not going anywhere.

Should be a good market for this youngster. Still has a huge upside

The cream of the FA crop in the fact that he is an impact player who will move on from Portland. San Antonio and the Lakers are early favorites.

Traded for future stud, Andrew Wiggins, Cleveland must hold keep Love just to save face, Love may or may not be happy in Cleveland. We shall soon see.

Versatile difference maker will be a hot name. Could be the missing piece for a contender or this seasons Lance Stevenson. Buyer beware.

– Whatever Happened To “NBA Inside Stuff”?