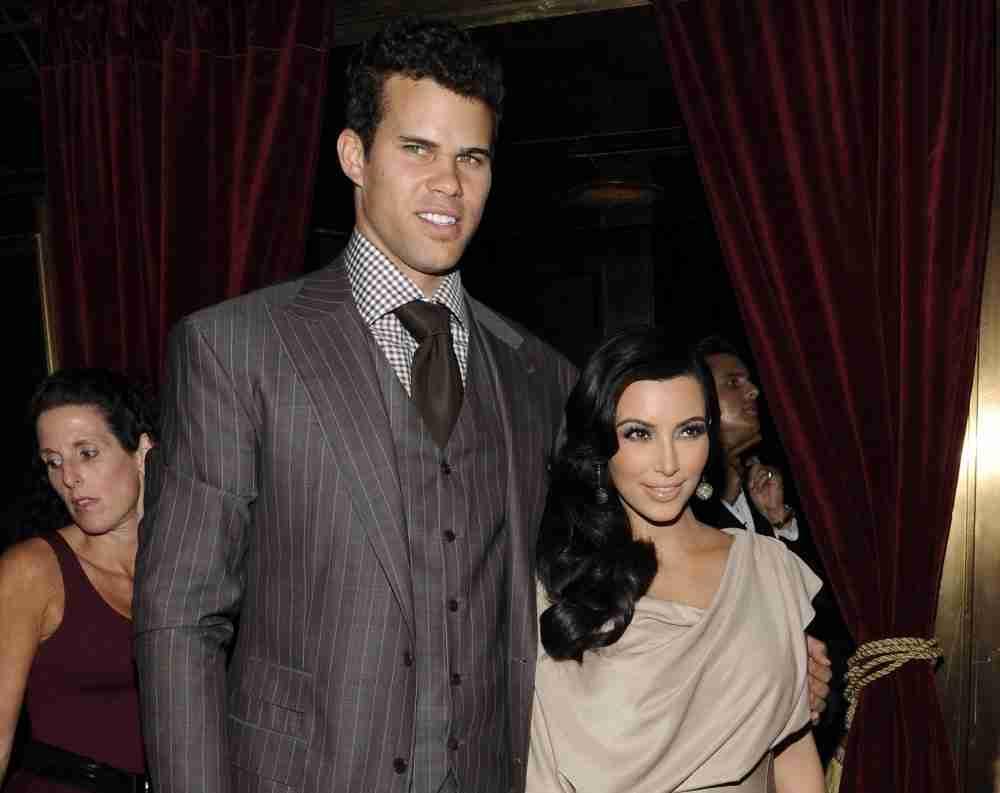 With the endlessly publicized marriage of reality skanklet Kim Kardashian to NBA Kris “Who’s He?” Humphries taking place this weekend, it reminded me of several other ill-fated NBA player marriages that became NBA divorces.

Maybe he invested the other $14 million wisely but I doubt it. And whatever is left, she’ll end up with, especially if they reproduce (see Kenny Anderson).

Here are five other examples (and there are MANY more) of NBA divorces where this relationship is ultimately heading, each containing its own degree of inevitable divorce madness.

Kenny Anderson married former Real Word skank and current Basketball Wives skank Tami Roman. The two were married for seven years and had two daughters. From Wikipedia, “Roman filed for divorce in Christmas 1998 citing Anderson’s infidelity. She successfully challenged the 1995 $5.8 million pre-nup. As a result of the divorce, Tami acquired a sizeable portion of his assets (reported to be half) in addition to $8,500 monthly child support. Tami had a license plate custom-made to mark her victory with the phrase “HISCASH”.” Truly skankish. Doesn’t Humphries have Google??

Glen Rice met his wife at a nightclub and was so nervous to go up and talk to her, then teammate Kevin Gamble went up and initiated conversation on his behalf. Rice and Christy Fernandez were married for nine years. Then, things got ugly. After requesting divorce, Rice went to his estranged wife’s house, found a dude hiding in a closet and beat him up to the point where he needed nine stiches. Rice then got arrested for assault and has to pay child support on three kids. Did you read that last part, Kris???

Parker’s relationship with Eva Longoria most closely resembles the union between K squared and Humphries because both were celebrities. They were married for seven years, then Longoria found inappropriate texts to Brent Berry’s wife, Erin and a “textual” relationship that had gone on for a year. This is the best possible end scenario for Kris Humphries.

By all accounts, Kidd’s marriage was rough, starting with the highly publicized incident in which he allegedly hit his wife for yelling at him taking a French fry from his son’s plate. Hey, you gotta keep your pimp hand strong, my man. What’s awesome is that once during a game, Joumana Kidd snuck into the Nets locker room and went thru his cell phone, finding various names and numbers for presumed “hook ups.” She proceeded to go from the locker room to her court side seat and heckle her husband during the game. That’s just awesome. Imagine the looks on season ticket holders faces.

I know he isn’t an NBA player but his divorce story is in the same ball park. Barber was married to Ginny Barber for 11 years and they already had two kids. While she was eight months pregnant with twins, and while he was working on the “Today” show, Barber began a relationship with a 23 year old intern. Barber got fired as a result. Now, he’s broke and can’t afford to pay child support, hence his NFL comeback.

So which of the five endings is in store for Kris Kardashian, er, I mean Humphries and Kim Kardashian?