“The first event I ever announced was a women’s gymnastics meet at the University of Nebraska in Lincoln,” said Rick Allen, lead announcer for NASCAR on NBC. “The guy who was supposed to do it didn’t show up. And I just happened to be hanging around, so I did it.”

As the then-reigning back-to-back Big Eight (now Big 12) Conference decathlon champion for the Cornhuskers, as Allen was in 1991 and 1992, why wouldn’t you be hanging around the women’s gymnastics team? If charisma was a sport, he’d still be leading the league.

Allen’s affable, smooth, confident tone on the air transitions just as easily outside of the booth to the confines of the NBC Sports tent where we talked about his job as the voice of NBC Sports’ rejuvenated NASCAR franchise.

“Nothing about this position is easy, but I am privileged and very excited to be here.”

Allen got his start announcing races at Eagle Raceway in Eagle, Nebraska after getting a degree in speech communications. 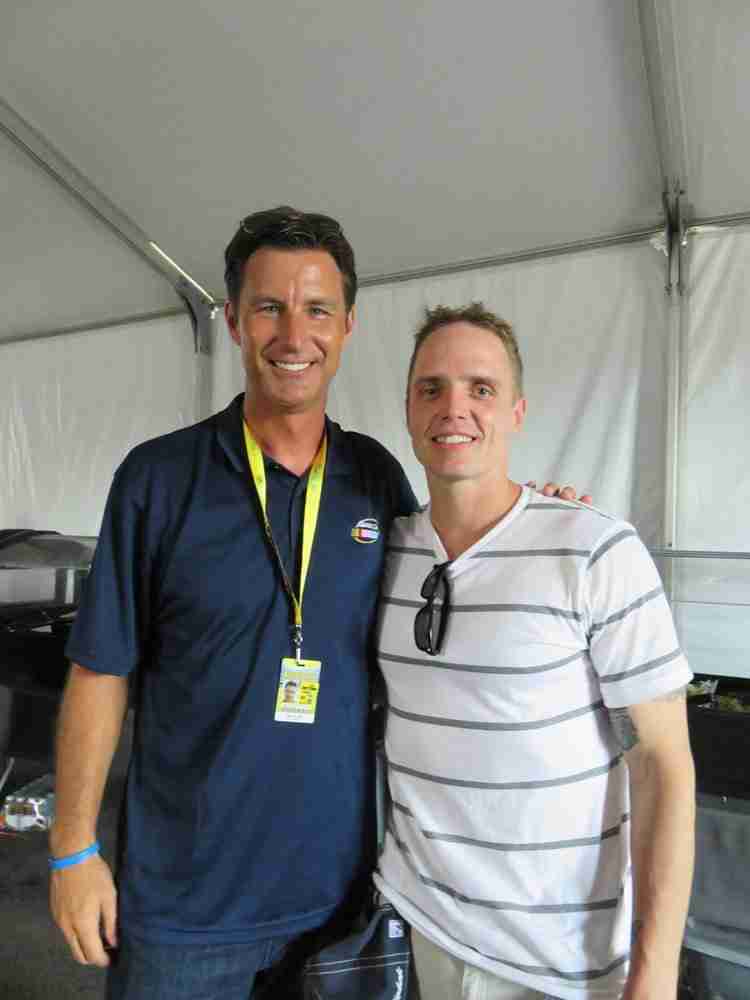 “At any one time, I have five people in my headset, whether it’s my producer, our spotter, our stats guys… all providing me with information to make the broadcast as engaging and understandable as possible for the fans watching it. And that is on top of the conversations I’m having in the booth, with Jeff and Steve.”

Allen isn’t just a mouthpiece who acts like he knows what he’s talking about; the authenticity of his interest and enjoyment of NASCAR is palpable as he speaks. He’s the voice of the franchise and is excited about helping viewers understand the intricacies of the sport with the second biggest audience base, trailing only the NFL.

“NASCAR is seen as a guilty pleasure by a lot of people. We’ve all heard the jokes about endlessly turning left. But there is so much more to it. We want to explain and explore the strategy. Think about it in terms of football. If you run the ball on first and second down, you’re setting up a downfield pass on third down to the tight end. There is every bit as much strategy in NASCAR.” 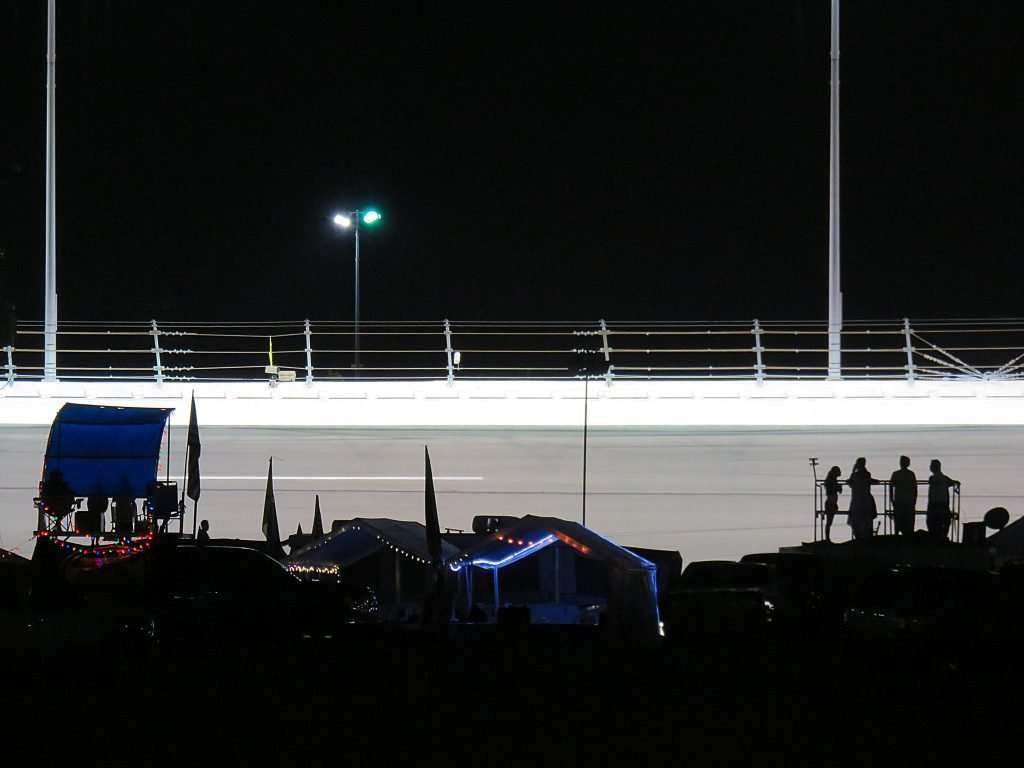 The goal of authentically connecting with the audience via the broadcast team extends to the network itself, as NBC Sports has collaborated with perceived rival network Fox Sports on promotional efforts, something that is unheard of among the largest networks.

“We have a great relationship with everyone at Fox,” Chief Marketing Officer of NBC Sports John Miller explained. “We learned that the higher the ratings were for the Daytona 500, the higher the ratings were for each ensuing race over the course of the season. So even though we compete with Fox on certain things, in this instance, it’s good for both networks, and most importantly the viewers, for us to work together.”

NBC Sports bid $4.4 billion to broadcast 20 Sprint Cup and 19 Xfinity races, sharing the 36-race schedule with Fox for the next decade. NBC Sports will broadcast the remaining races, including the “Chase for the Sprint Cup” playoff format that began last season. 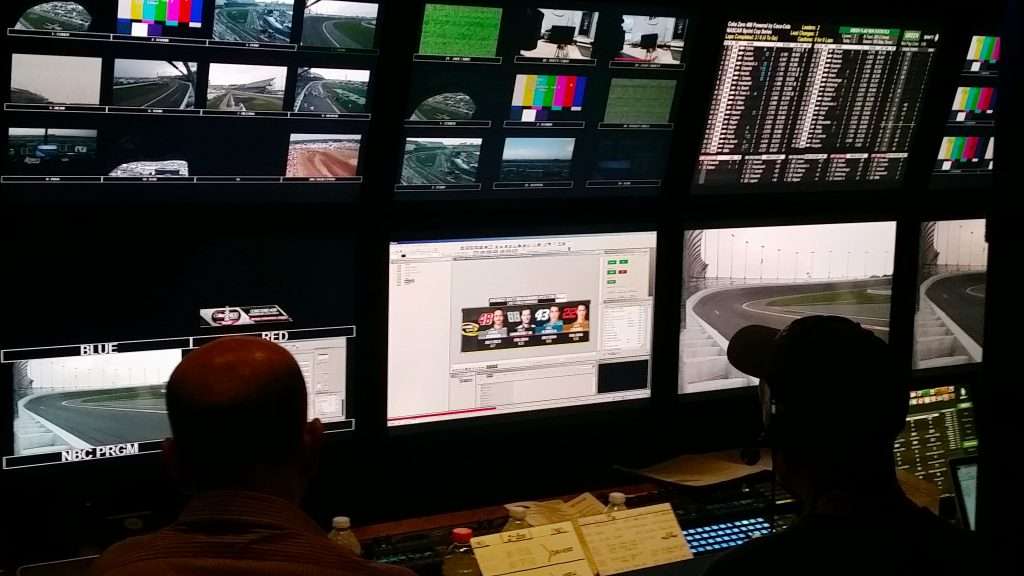 “The amount of trucks, production facilities and staff is equivalent to covering the Super Bowl,” said NBC Sports VP, Strategic Communications Tim Buckman. “Except we tear it down and move it to a new city every week.”

Touring the facilities was like observing a small city. Four modified trailers house the production team that is responsible for bringing NASCAR to life on your TV or, increasingly, your device.

“During the Sochi Olympics, we saw a viewership increase of two-thirds between the ages of 12-24, and it was all because of this,” Miller said as he gestured towards his phone. “This has really changed how we market and the kind of experience we want to create.”

Part of that effort is Bumper NASCARs. In Fan Zones at NASCAR venues nationwide throughout the season, Bumper NASCAR gives fans a chance to flex their race muscles behind the wheel of traditional bumper cars, modeled after machines belonging to 12 of the most popular Sprint Cup drivers. Participants also receive a limited edition pair of NASCAR on NBC sunglasses.

According to Allen, that’s all part of NBC’s new approach to their NASCAR coverage. “If you didn’t grow up in racing and get introduced to the sport via your family, how would you ever get introduced? Our goal is to explain it in an easy, conversational way.”

“Recently, a pit crew had a nine-second pit stop and the other teams couldn’t figure out why, until they watched the video and saw that the team had increased the RPM’s in their drills. Some teams are only using three lugnuts on tires for a faster pit time. Even though its faster, you think the driver doesn’t know that and it isn’t going to affect his approach? All of these things are going on at once and we want to bring that to the fans.”