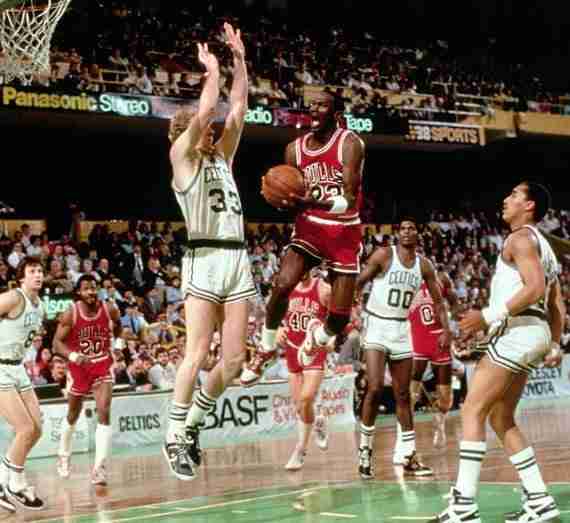 Jordan scored an NBA Playoff record 63 points during a 135-131 double-overtime loss to the Celtics at Boston Garden in Game 2 of the Eastern Conference First Round. Jordan shot 22-of-41 from the field and 19-of-21 from the free throw line in his record performance, breaking Elgin Baylor’s previous mark of 61 points by just two points, also against Boston in the Garden, set during the 1961-62 season, ironically. After the game, the Celtics Larry Bird uttered his famous quote about MJ, with a look of utter disbelief plastered on his face; “That was God disguised as Michael Jordan.”

“Sir Charles” hit 23-of-31 field goal attempts and finished with 56 points, leading the visiting Suns to a 140-133 win over Golden State and a three-game sweep of their Western Conference First Round series. Barkley’s 56 points tied for the third-highest total ever in an NBA Playoff game, and his 38 points in the first half set a record.