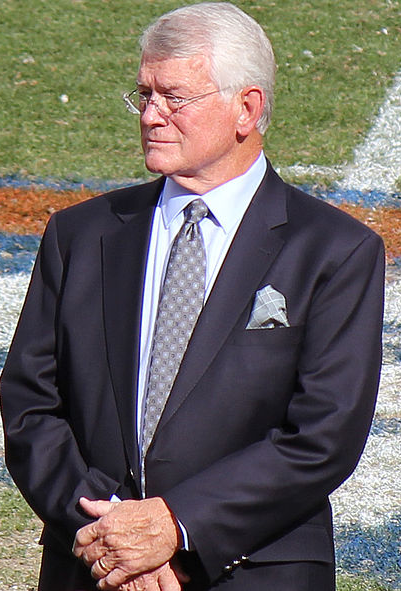 NFL history is littered with great coaches who never got their ring. And one of the first that comes to my mind is Dan Reeves.

Personally, I think too much emphasis is put on winning a Super Bowl. In the modern era, if a coach doesn’t win a title during his tenure his time with the team is largely considered to be a failure, or at the very least, “not good enough”.

But what about the act of getting a team (or teams) to the Super Bowl multiple times; doesn’t that warrant special mention or at least some place in history? I think it does.

Since winning a Super Bowl puts coaches in a special almost “untouchable” class, what about the guys who just couldn’t quite win the big one; who is the greatest coach ever to not win a Super Bowl?

For most fans, Reeves will be remembered as the steely faced, intense, stoic head coach of the Denver Broncos the franchise he led for 12 seasons. In those 12 seasons, his teams won less than eight games two times, one in the strike shortened 1982 season. In an eight year period the Broncos won the AFC West five times and made it to the Super Bowl three times in four years, only to lose each time. If he wins even one of those Super Bowls, that four year period suddenly becomes one of the best stretches of time for any NFL coach ever.

After leaving Denver in 1993, Reeves took over a Giants team that was 6-10 the previous season and led them to an 11-5 record, garnering the NFL Coach of the Year award for his efforts. The team won only nine games the following year, still an improvement from when he was hired, but a 5-11 1995 season and a 6-10 1996 season led to his departure following the season.

Everyone assumed Reeves best coaching days were behind him, but they weren’t. Reeves took over the Atlanta Falcons in 1997 and went 7-9 which was an accomplishment for a team coming off of a 3-13 record the previous year.

But no one was prepared for what he accomplished in 1998, leading the perennial doormat Falcons to a 14-2 record and an appearance in the Super Bowl. Though they would ultimately lose to Reeves’ former Denver Broncos squad, Reeves would again be named NFL Coach of the Year for the abrupt turnaround.

In hindsight, Reeves’ hallmark as a coach proved to be his ability to get the most out of his players and turn around franchises in dire need of direction, immediately.

But, because he didn’t win the Super Bowl as a coach (he appeared in nine Super Bowls combined as a player/coach the most of anyone) he may as well be scuttled off into the pile of “former NFL coaches”, in the same pile as Dave McGinnis or David Shula? That’s just wrong.

Is Dan Reeves the greatest coach ever to never win a Super Bowl?