The start is slow for the top 3 NHL Draft picks. Let’s take a look at their performance so far.

The NHL’s top prospects are in their first week of play in the league.

The New Jersey Devils were dealt the first overall pick in the 2019 draft, and took American wonder Jack Hughes. The Rangers took Kaapo Kakko out of Finland with the second pick, and the Blackhawks nabbed Kirby Dach at three.

The top three picks are coasting through the first couple games.

Obviously there is no benchmark through just two to three games, but you can see what some of the highlights have been.

Let’s break down the play of these top three NHL Draft pics, and ultimate league changers that were taken in the 2019 draft. 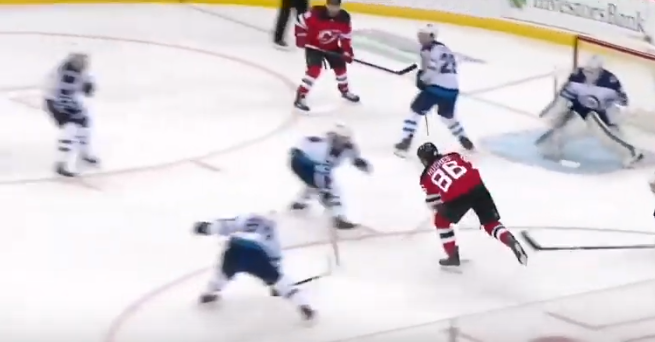 Jack Hughes’ start to 2019 shows a ton of promise.

His stats don’t show it… He has a +/- of -3 after three games, and totals just three shots.

It’s a big however… he skates like an absolute mad man. He’s so fast, his stick work is immaculate and he really shows promise of being an NHL great.

Someone even compared him to, “Barry Sanders on skates.”

I’ve watched all three of Hughes’ games, and he looks like the real deal. Definitely worth the first overall NHL draft pick.

If you’re looking at top NHL draft picks, I think Hughes is really showing the most upside. That being said, I know that Kakko is going to live up to his hype as well. 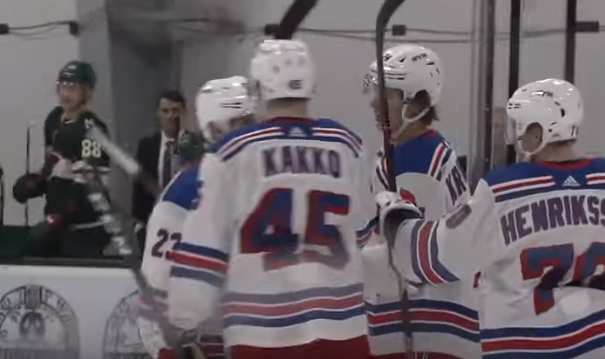 The Rangers and Devils rivalry is going to be so great because of Hughes and Kakko.

Kakko, much like Huges, hasn’t shown anything in the stats department, but he has shown a lot on the ice.

Much like Hughes, he just skates so smoothly. He’s not as quick as Hughes, but he skates like he’s on butter. He has great vision, great puck handling skills and he’s going to be the future of the Rangers’ organization.

Kakko has all the makings of an Ovechkin type player, and will be that good one day. We’ve seen what he can do… including a four point outing in a game against Traverse City.

I know Kakko could’ve been the top NHL draft pick, and shows flashes of greatness, but I still think Hughes is the rightful number one.

Kirby Dach has yet to register a game in the NHL.

That’s not a bad thing, in fact I think it’s a great move by the Hawks. This guy has all the makings of a great player, but he’s just not ready.

He’s got size and skill, but he’s not completely there yet.

I know Jack Hughes has the skill, but he isn’t there size wise. The thing is, the Devils need Hughes.

The Blackhawks can wait on Dach.

It’s not like his presence is going to make the instantly a Cup contender. The Devils and Rangers believe, as they should, that their first rounders make them a strong leader to win a ring.

Kirby Dach’s development will take a year at most, and I think that it’s a great move by Chicago to wait.

Dach looks great in his early goings in the minors, and I think he is going to become a winner in the league in due time.