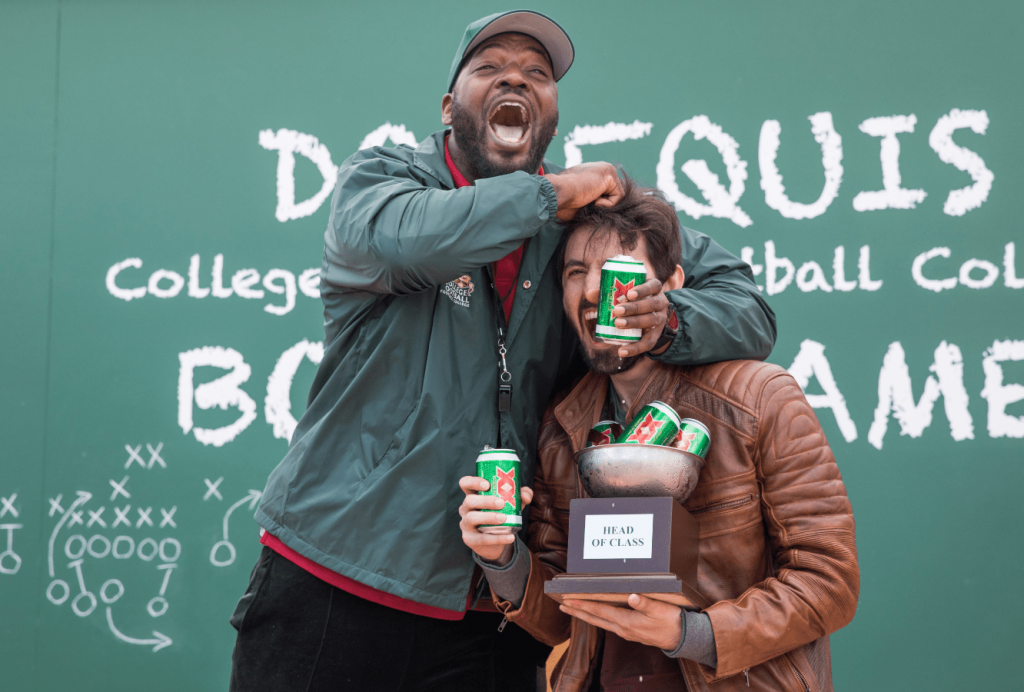 Martellus Bennett is a former pro bowl tight end, but it’s his new career that will make the fans buzz.

In this video, he sits down with us to talk about his new gig as a professor of football for Dos Equis.

Some people have a very strong opinion about Martellus Bennett. From his boisterous on-field personality, to off the field interviews, fans always had an endless source of content from that man.

Personally, I’ve always loved Martellus Bennett. I love his passion for things other than football, and I just loved the way he played the game.

His one year as a New York Giant provided some semblance of perfection in my life, only to have it ripped away by the cold and unfeeling hands of Jerry Reese and his wallet.

Anyway, some people have strong thoughts about the Unicorn.

Calling him awful things and saying they don’t like his personality, but let me tell you, it just adds to the great persona that is Martellus Bennett.

In talking with Martellus we found he is an open book, and has such eloquent opinions on even some of the strongest issues society faces today.

Throw out any bad opinions you have of him because just from 20 minutes with the guy, I can attest he is one of the coolest people you will ever meet.

Not only will he tell you his opinion and stance, but he will also listen to yours. He even wrote down an author suggestion that Paul gave him while we were on the call.

Bottom line, he is a lover of creativity and has a passion to learn. Now I understand why Dos Equis made him the official professor of their new school of football. And if you perform poorly, Martellus Bennett will shave your head.

Marty is the perfect candidate, and coming from a fan, to a now-colleague, I have to say that Martellus Bennett is one class act that this world of creativity needs.

Question and Answer with Martellus Bennett.

I-80: I love your stance on imagination and how powerful it is. What do you think about the statement that ultimately every person is the imagination of themselves?

Martellus Bennett: This is what I think, alright? Who are we? Who are we as people? If you think about who you are, you are just a projection of ideas that other people have put onto you, and some have stuck. Right? Until your able to rip all those ideas that people had of you, you can never become who you truly are.

I-80: Is there any such thing as an original thought anymore, or are we all just recycling thoughts over and over that have already existed prior to us?

MB: Well, that’s hard to say, but I also believe that once you have a thought… it’s been put into the universe, so it’s free for other people to think. So nothing can be original. As soon as you have it, other people have access to it now. So that’s why you have to execute while you can… That’s just energy and vibrations. We put vibrations into the world, and a lot of vibrations are thoughts.

I-80: You played for the Giants for one year… Why wouldn’t they keep you?

MB: Jerry Reese didn’t want to pay anybody! I wanted to stay.

MB: Definitely. They got one with Jake Ballard.

I-80: I wanted to dive into the promotion that you’re doing with Dos Equis. The college football football college. You’re a professor now, right? 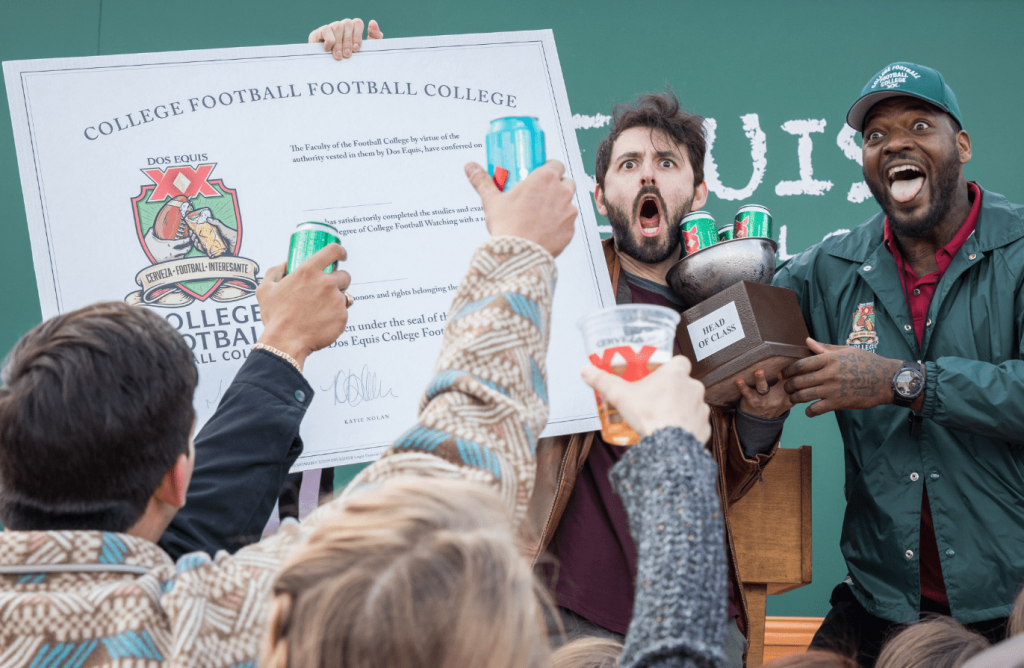 MB: I’m a professor! Professor B coming at you like Professor X, but not quite… I mean, I have legs, and I can walk. People can enroll at www.dosequis.com/edu. We are a beer school, so I don’t see why anyone wouldn’t want to enroll. When you enroll and take the exam, you automatically enter for a chance to win tickets to the national championship game. Right now what we are trying to do is educate people on how to watch the game better while you have a beer in your hand. You can shout educated things at the screen instead of foolishness like the other people that are watching the game. Instead of being like, “Oh that quarterback sucks,” you can be like, “That was a hot route! Throw the hot route! The mike and the sam blitzed off the strong side. The tight end is hot!”… It’s to know what to look for in the game. That’s what we teach.

I-80: You’ve caught passes from Tom Brady, Aaron Rodgers, Eli Manning, Tony Romo, Jay Cutler… What made each of those guys’ balls unique, and who had the strongest arm?

MB: Yo we gotta slow down with that question (all three of us break laughing). I think Aaron Rodgers has the strongest arm, and the most talented arm as far as throwing the ball. Eli had probably the weakest arm out of all of those guys. Tom Brady is the most consistent thrower. Like, you could run a route and you know where the ball is going to be with your eyes closed. It’s just because of the repetition with him. You know where to expect the ball. Tony Romo threw a very catchable ball. I didn’t catch a lot of balls from Tony, but as I look back at watching him play I see how really great of a quarterback he was. He had a great touch, great ball, great back shoulder fade. He threw a great jump ball… I really like Jon Kitna. Jon Kitna was one of my most favoritest quarterbacks to ever play with, and he’s just a great dude. They’re all talented and they’re all Super Bowl champions expect for Romo and Cutler. Actually, Cutler had the strongest arm I forgot that. Cutler definitely had a stronger arm than Aaron, but wasn’t as accurate and didn’t have the arm talent like Aaron.