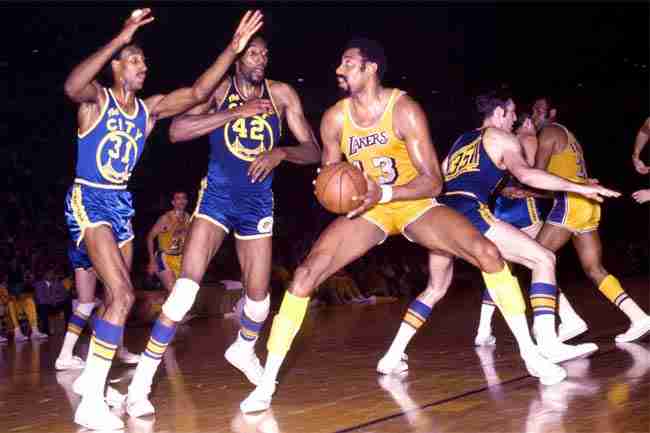 The Lakers didn’t lose a game for over two months, going a combined 30-0 in November and December. Led by Jerry West, Wilt Chamberlain, Elgin Baylor, Gail Goodrich, Pat Riley and Jim McMillian (and including former Phil Jackson assistant coach Jim Cleamons), the 1971-72 Lakers are arguably the greatest team of all time. And still own the longest NBA win streak.

LeBron James, Dwyane Wade, and Chris Bosh capped this winning streak off the right way by winning the NBA title this season.

You may be surprised to know this was the second longest NBA win in history after 30+ years of the record not even being approached. The Houston Rockets in 2007-08 were a pedestrian 14-16 at the end of January 2008. Nobody expected anything out of the Rockets at this point. Then, somehow, they went off and won 34 of 42 games in January, February, and March. Before ultimately showing “they are who we thought they were” and losing in the first round of the playoffs. Sadly for T-Mac aka Tracy McGrady and Yao Ming, this was the height of their time together.

The Capitols were part of the Basketball Association of America before being absorbed into the NBA in 1949. Not coincidentally, the team was led by NBA Hall of Fame coach Red Auerbach, who led the squad from 1946-’49. The team won 20 games through two seasons.

Already boasting Lew Alcindor at center, the Bucks acquired Oscar Robertson in a trade and found immediate success. The Bucks set a franchise record for wins that season (66) that still stands and won the NBA title in their third year of existence, the fastest for an expansion team in NBA history. The 20 game win streak was exceeded a year later by the same Lakers team that leads this list. Interestingly, this Bucks squad beat that Lakers team and snapped their NBA record 33 game win streak.