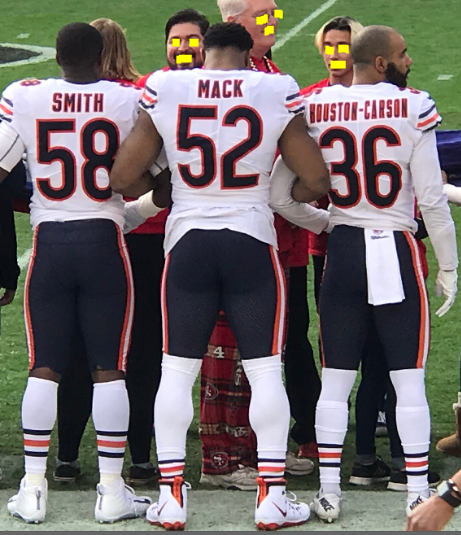 Even though watching him each Sunday he looks like he came out of the womb ready to attack opposing QBs and force turnovers, he was not groomed for football success. Initially, Mack thought he’d make his way to college via a basketball scholarship.

But after hurting his knee in high school, he took up football almost as an afterthought, because his high school coach was relentless. No one would ever guess he’d be in the Madden 99 Club.

Mack didn’t play football until his sophomore year of high school. In his senior year, Mack had 140 tackles, including eight for a loss, and nine sacks. He was named third-team All-State in Florida, as well as first-team All-Area, and helped lead the Panthers to a district championship.

He was rated as only a two-star recruit by Rivals.com – nice job Rivals, you clowns! He received a scholarship from the University of Buffalo to play Division I football.

University of Buffalo career records:
Most tackles for loss (75)
Most sacks (28.5)
Most forced fumbles (16) 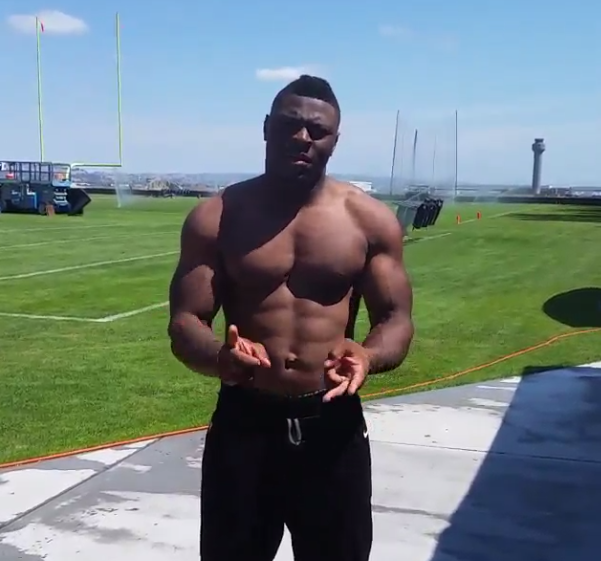 The Bears traded for then-Oakland Raiders defensive end Khalil Mack at the beginning of the second Jon Gruden era. The Raiders received first-round draft picks in 2019 and 2020, a third-rounder in 2020 and a sixth-rounder in 2019. In addition to getting Mack, the Bears also got a 2020 second-round pick and a conditional 2020 fifth-round selection from the Raiders.

After the Khalil Mack trade, the Bears signed him to a six-year, $141 million contract extension. The contract included $90 million in guarantees with $60 million guaranteed at signing. Mack will receive $155 million over seven years. The deal was is the richest ever for a defensive player.

Initially as a member of the Oakland Raiders, Khalil Mack’s jersey was the traditional silver and black of the Raiders with the number 52. Once he was traded to the Bears, he retained his number 52. In the Bears blue and orange. Mack attended college at the University of Buffalo and wore the number 46.

In his Bears debut, he became the first player in franchise history to record a sack and an interception in his debut with the team. Khalil Mack Bears recorded a sack and a forced fumble in each of the first four weeks in 2018, becoming the first player in NFL history to do it. In his first season with the Bears he was selected as AP, PFWA and Sporting News All-Pro. He tied for the league league with 6 FF.

The definitive moment in Mack’s career happened in his first game ever as a member of the Chicago Bears. Eight days after the trade to the Bears, Mack appeared in his first game with the team against the Green Bay Packers on Sunday Night Football. In one of the rare moments of an athlete living up to the hype, his impact was immediate.

In the second quarter of the game, he sacked backup quarterback DeShone Kizer and stripped and recovered the ball. Later in the same quarter, he intercepted a pass from Kizer and returned it 27 yards for a touchdown. He became the first player since 1982 to record a sack, forced fumble, a fumble recovery, interception, and touchdown in one half. But as the Bears often do, they found a way to blow it.

After entering the fourth quarter with a 20-3 lead, the Bears lost the game 24-23. But Mack’s performance was so significant, that if you utter the phrase “Khalil Mack Packers” Bears fans will smile and Packers fans will make excuses.

Mack’s birthday is February 22, 1991. He is currently 28 years old. He was born and raised in Fort Pierce, Florida to parents Yolanda and Sandy Mack. His mother was a teacher and his father was a program specialist. He has two brothers, Sandy, Jr. and LeDarius.

Mack’s height is 6′ 3″ and his weight is 247 lbs. He started playing football when he was five years old.

Mack’s salary is $155 million over seven years. Or $22.14 million per season. The deal was the richest ever for a defensive player.

In two years since the Khalil Mack trade on 9/1/2018, his stats have been incredible: