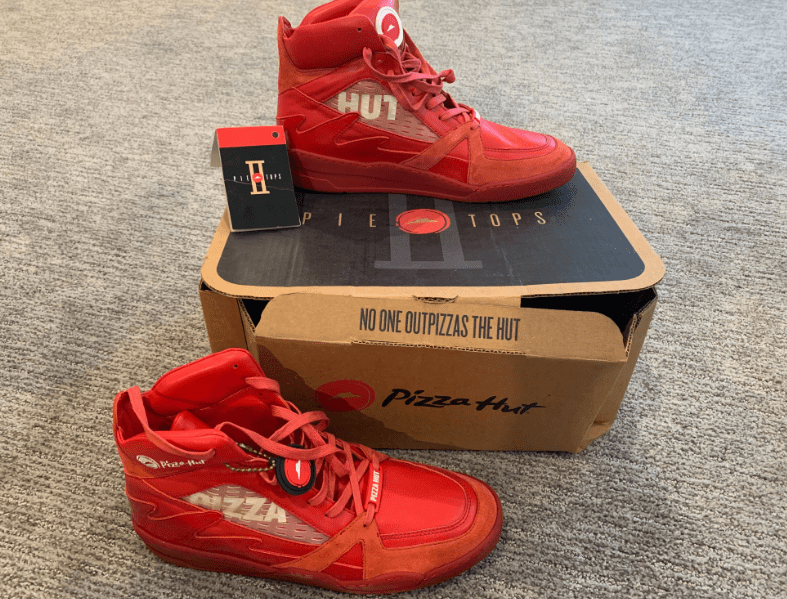 I received these Pizza Hut Pie Tops (size 12) as part of some promotional work I did for Pizza Hut.

I flew out to Pittsburgh to interview then-Steelers running back (and one-time Pizza Hut delivery driver) DeAngelo Williams. After making the video and returning home to Omaha, Pizza Hut sent me the Pie Tops.

Upon receiving them, me and my daughter set up the wifi connection and ordered a pizza via the pie tops and the corresponding Pizza Hut Pie Tops app. And it actually WORKED!

I never wore them except on day one around the house. They were cool to look at, but I never used them to order a pizza again. I put them in the box they came in and relocated to storage. 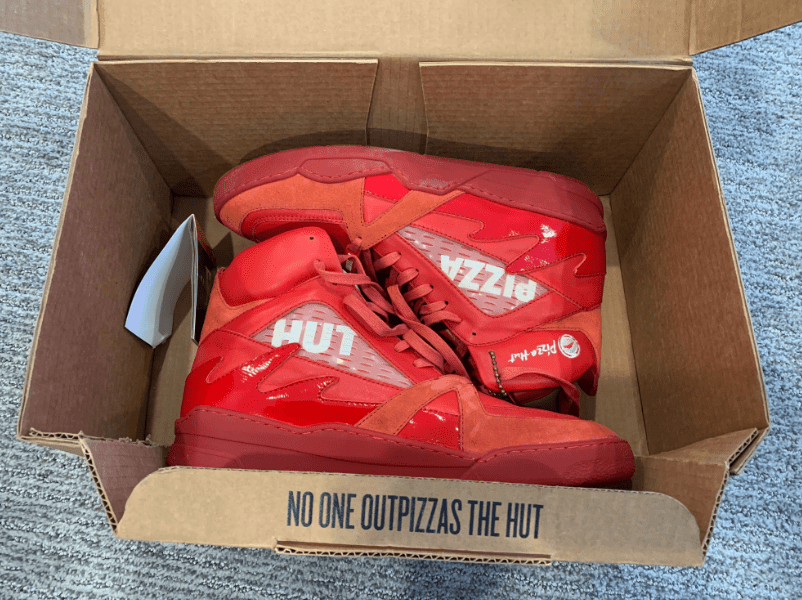 I recently realized that Sneakerheads were collecting these. I’m not using them, and don’t need them, so they are for sale. Hopefully someone appreciates them.

From The Verge: “The Pie Tops II shoes are going to be a limited run, similar to their predecessor. Each shoe is custom-made by the Shoe Surgeon. Fifty pairs will be available to purchase.”

From Elite Daily: “The second model of the limited-edition sneaker has the same pizza ordering button as the first; it’s located in the tongue of the right shoe. The footwear is connected to the Pizza Hut app that I presume is already one of the most-used apps on your phone. Just press the button on the sneaker and minutes later (depending on where you live) two medium pizzas will show up at your door for $6 each (plus tax and tip, always leave a tip). But what will you do when the pizzas arrive, and you don’t want to miss a second of the game (or The Bachelor finale)? Simply press the button on the left shoe and it will pause your TV. The future is officially here.” 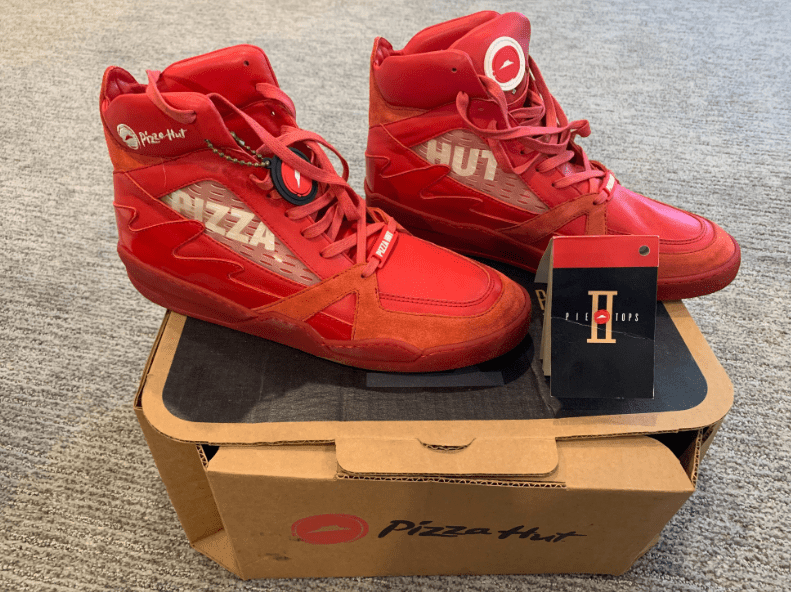 These Pizza Hut Pie Tops are being sold from other vendors for anywhere from $700 to over $4,000. I’m selling them for $950 (including shipping) OR BEST OFFER.

Hit me up with any questions via the contact form.