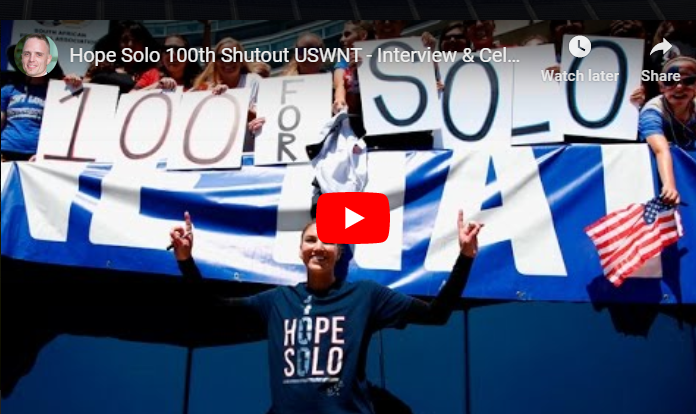 On 7/9/16, Hope Solo registered her 100th career shutout as goalie for the U.S. Women’s National Soccer Team during a 1-0 victory over South Africa at Soldier Field in Chicago, Illinois.

After the victory, in this exclusive video, Hope Solo spoke about her 16 seasons as goalie for the USWNT, what it meant to her, and how she has been successful. She is the first goalie in history to have 100 shutouts.

Solo recorded her first U.S. national team shutout in her first appearance with the team on April 5, 2000, against Iceland, and since has accumulated 150 career wins, more than any other U.S. goalkeeper.

Along the way she has won two Olympic gold medals (Beijing 2008 and London 2012) and the 2015 World Cup title. She has not missed a minute of action in the past two Olympic Games.

Forty-five of her shutouts came in the U.S. and the other 55 abroad.